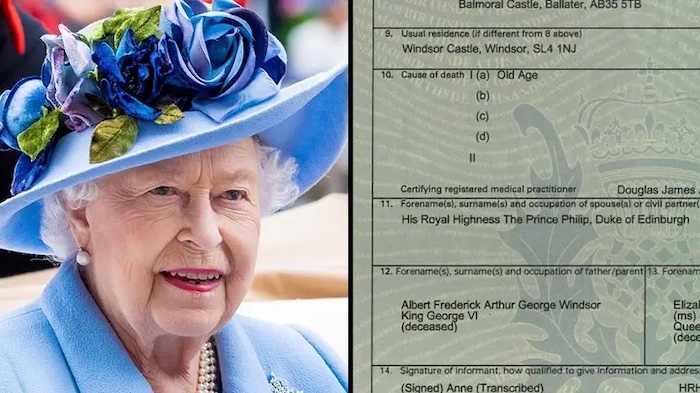 The Queen’s cause of death has been announced, and people are now wondering what it really means.

After spending more than 70 years on the throne and dying at age 96, the cause of the Queen’s passing has recently been announced as that of ‘old age’.

While it’s very common to hear that somebody has died ‘of old age’, the phenomenon in itself is extremely rare from a medical perspective.

While we often mean that an older person has died of complications attributed to their age, like pneumonia, or as a result of a heart attack, it should only be provided as the sole cause of death in ‘very limited circumstances’ by a coroner on somebody’s death certificate.

Ageing, in itself, cannot cause somebody to die. There is, however, a condition called ‘Geriatric failure to thrive’, which medical professionals have studied which ‘describes a state of decline’ in older patients who may experience ‘weight loss, decreased appetite, poor nutrition, and inactivity.’

According to GP notebook, there are few situations in which ‘old age’ can be penned as somebody’s cause of death by a medical professional – including having ‘personally caring for the deceased over a long period (years, or many months)’ and ‘observing a gradual decline in your patient’s general health and function.’

Other situations which would allow such a prognosis includes a lack of awareness around ‘any identifiable disease or injury that contributed to the death’, and being ‘certain that there is no reason that the death should be reported to the coroner’.

They also add: “It is unlikely that patients would be admitted to an acute hospital if they had no apparent disease or injury.”

Doctors are also advised to also mention ‘as appropriate, any medical or surgical conditions that may have contributed to the death’ alongside ‘old age’.

Doctors are also advised to also mention ‘as appropriate, any medical or surgical conditions that may have contributed to the death’ alongside ‘old age’.