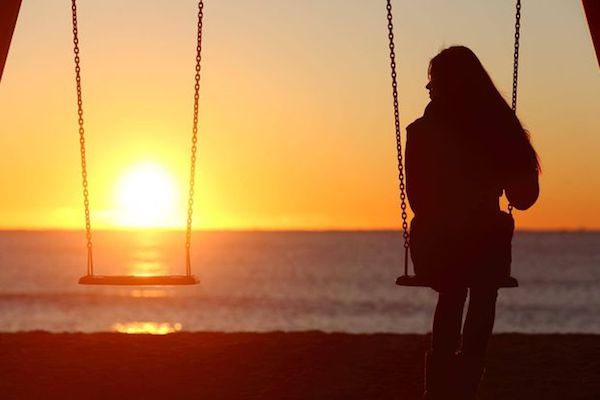 [T]he popularity of bestselling memoirs such as When Breath Becomes Air and The Bright Hour, both meditations on death by authors who died young, suggest that death is a topic many of us like to think about (while alone, reading silently) – yet, it is still a subject many of us are woefully bad at talking about, particularly when it comes to discussing it with kids.

We all need a better “death education,” says Dr. Kathy Kortes-Miller, an associate professor of social work at Ontario’s Lakehead University and author of the new book Talking About Death Won’t Kill You: The Essential Guide to End-of-Life Conversations. Like a new website launched last November by the Canadian Virtual Hospice, the book takes what remains a taboo subject and shows how to talk about it openly and honestly. The Globe and Mail’s Dave McGinn spoke to Kortes-Miller about having that conversation with children.

Why do we have such difficulty talking to children about death?

As parents we are cultured and conditioned to protect our children. Our generation, we didn’t really learn how to talk about it. Before I was a parent, I was really good at talking to children about dying and death. And then I became a parent myself and found that it was a lot harder than I thought it was.

What’s the risk of ignoring the subject, or not bringing it up unless they do?

It keeps it as an unknown and as a scary and almost a taboo topic. We [need to] recognize that this is a transition event in our life and one that we can prepare for and one that we can learn about, and by doing so, that’s going to help us to live life more fully and prepare ourselves for the end of life.

What is the best way to explain death to a child?

It depends on the age of the child, of course. But one of the ways to do it is by looking around at nature. Kids are inquisitive. They’re interested in how things die and what happens to them. So often they’ll see things in nature and ask questions. Those are really good ways to get the conversation started. As they get a little bit older they start to watch TV and they start to read books. There is a lot of dying and death in media that children are exposed to, and those are also really good conversation starters.

You mention that nature often presents an opportunity to talk about death. I’ve been guilty of telling my kids a dead squirrel they saw was just sleeping.

That’s an easy one to do. We’re almost scared to use the D words – dead, dying and death. But we confuse them if we use euphemisms. Having worked with young kids in a counselling role as a social worker in a hospice unit, when we talk about “oh, grandpa’s just gone for the big sleep,” instead of he’s died, kids get nightmares. Kids don’t want to go to bed at night because grandpa went to sleep and he didn’t wake up.

When a child wonders what death is, is there a good description of the physical process that won’t scare kids?

I would sometimes talk about it from a physiological perspective. The reality is that sometimes we get really, really sick or we get old and our body no longer functions the way we need it to, and as a result, some of the things such as our heart or our brain stop working, and as a result, our body dies. It stops working. And that’s kind of the way I would begin that conversation. I would leave it then on the young person to ask some questions, to see what they want to know more about.

You say in the book that bedtime can be a good time for these conversations. Why?

Bedtime can be great depending on the age of your child. Often, there are rituals and time spent at bed reading books and tucking in and doing all that stuff, which is a great time to have conversations. As children get older and we move in to more of what I call the chauffeuring ages, car-time conversations are really good too, particularly because the kids don’t have to make eye contact.

Is there a euphemism for death that you loathe most?

One that’s probably most common is the idea that people “pass away.” I talk about this story of Sam in the book when he got really confused because he was in school and in school they talk about passing to the next grade, and the only person he knew who had passed was his mom. So that one I think particularly for children is a big one.

Kids usually seem capable of processing much more than we give them credit for.

Helping a child or teenager who is grieving the death of a parent or loved one is always difficult. What do you tell them? How do you help them understand matters? The Canadian Virtual Hospice recently launched a website, KidsGrief.ca, to help answer those questions. It is especially important to talk to young kids about the four C’s, says Andrea Warnick, a Toronto-based registered psychotherapist and co-lead on the project.

“The four C’s are four common concerns that kids have when either somebody’s seriously ill, dying or has died in their life. We’re really trying to encourage families to address these even if kids aren’t bringing them up,” she says.