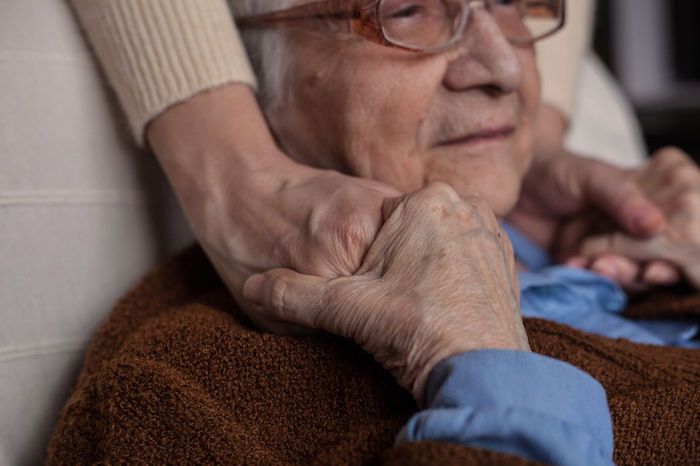 It is common wisdom that nobody ever wished he’d spent more time at the office when he’s at death’s door.

That certainly makes sense, but Michael Ent, a social psychologist at Towson University, did what researchers do when confronted with unproven beliefs. He wondered if it was true. Then he tried to find out.

He and Mary Gergis, a nurse who also teaches at Towson, asked hospice nurses what dying people really talk about at the end of their lives. The 124 nurses from the Hospice and Palliative Nurses Association who responded to an online survey said patients are often more consumed with worries about how their families will fare after their deaths than they are with their own fates. They are about as likely to savor lives well led as to grapple with regrets. Many are worried about legacy and finances, a sign, Ent thinks, that some of them do indeed wish they’d worked more, or at least done a better job of managing their money.

Ent said the information, which has been accepted for publication in the journal Death Studies, could be helpful to caregivers. Some may be reluctant to push patients to engage in “life review” — end-of-life discussions of life history that have been shown to help alleviate anxiety and depression. “Sometimes patients might feel that it’s intrusive for a stranger to start asking them about their personal lives,” Ent said. However, if patients bring up some of the topics the nurses mentioned, that could be an opening for a deeper conversation.

Ent, whose wife is a nurse who has worked with hospice patients, said he was interested in what we could learn from the dying. Most of the academic studies he was able to find were more focused on practical aspects of support for the dying than on trying to harvest their wisdom. He couldn’t find anything about which subjects were on their minds. He read The Five Invitations: Discovering What Death Can Teach Us About Living Fully, written by a Buddhist hospice founder, but Ent wanted to do something more concrete and systematic. He read The Top Five Regrets of the Dying, also written by a hospice worker, and particularly questioned the top regret: “I wish I’d had the courage to live a life true to myself, not the life others expected of me.”

Again, Ent was skeptical. “I couldn’t imagine that being a top deathbed reflection,” he said.

For the survey, Ent and Gergis asked the nurses to list up to five “reflections” they heard most frequently from hospice patients. He concedes it would have been better to talk to patients themselves, but said privacy rules make them harder to reach. The nurses’ answers covered a wide range, from regrets to pride to faith in an afterlife. “I don’t want to be a burden” was a common sentiment, and many patients worried about how survivors would cope after they died. Some wished they had taken better care of themselves. Some said they were ready to go, while others wished for more time. They were thinking about whether their lives had mattered.

Ent categorized the comments and found that concern about loved ones was the most common response. Half of the nurses mentioned it. Regrets — these included people who thought they’d worked too much — came up 42 percent of the time, compared with 36 percent for gratitude. Concerns about legacy were cited by 29 percent of the nurses. Some of those people wished they had achieved more. About the same number of nurses said patients often said they were not ready to die (29 percent) as said they were ready (28 percent).

Ent said that the survey results show that hospice workers may want to spend more time allaying patients’ fears about how their deaths will affect family members.

He also thinks that research on what dying patients regret could help healthy people plan for the inevitable. Maybe fewer of us would be “blindsided” by our deaths if we talked more openly about mortality. Better financial planning could prevent many of the worries about unpaid bills.