The new, eco-friendly frontier of dying 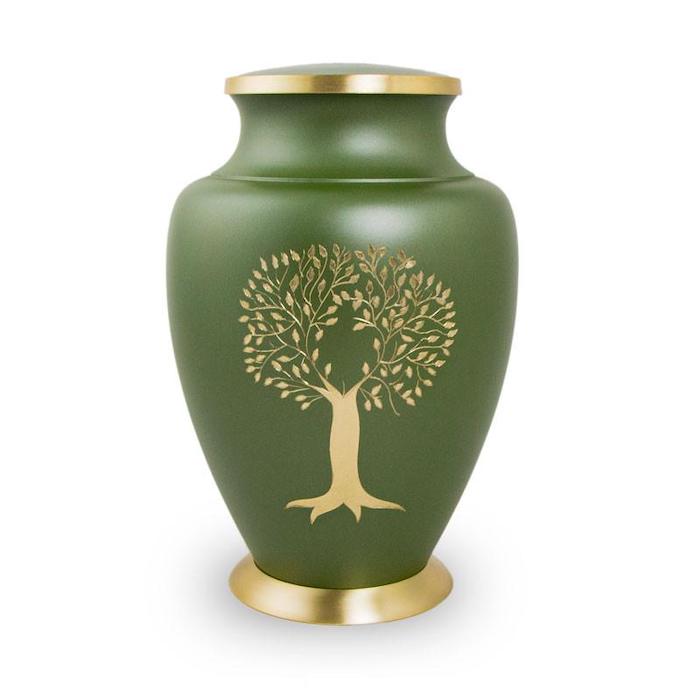 We are running out of space to bury people, and cremation has an enormous carbon footprint. So people are finding new ways to dispose of the bodies of their loved ones.

Matt Baskerville has served as a licensed funeral director in Illinois for the past 24 years. In that time, he’s seen his industry—and what people want after their deaths—change dramatically.

For instance, when Baskerville entered the business in the mid-’90s, the cremation rate was roughly 10%. Now, when he looks at the records of recent years at his own businesses (he directs at four funeral homes in towns of 10,000 people or less), he sees that more than 40% of people are opting for cremation.

According to new findings from the National Funeral Directors Association, for which Baskerville serves as a spokesperson, the national cremation rate is projected to be around 54% (“The Midwest tends to be a bit more traditional,” he says). Burial, once the far-dominant option for end-of-life services, has dropped to just around 41%, and Baskerville expects it will continue to decline in popularity.

Many factors are driving this shift. For one, Baskerville says, “we’re a much more mobile society.” When families tended to live and die in the same place for generations, burial was a way to keep everyone together. But now, he’s seeing that in his hometown of Wilmington, Illinois, the younger generation is dispersing, and the ties to location are not as strong. Services like cremation better meet the needs of families who are spread out geographically. It’s becoming so much more commonplace that a new set of startups now exist to cater to families whose loved ones opt for cremation. One Portland-based company called Solace, for instance, operates as a direct-to-consumer cremation service that manages the transport, storage, cremation, and return of the remains for a flat fee.

There’s also a growing awareness that traditional burial is incompatible with the state of the planet. We are, quite simply, running out of space to devote plots of land to people who are no longer living. In cities, space for necessities like housing and parks is already in short supply, and many cities like Berlin are beginning to convert old cemeteries to other land uses. But even in places where space is not so crunched, like Baskerville’s hometown, there’s a growing recognition that the burial process—from the chemicals used to embalm a body to the wood used to create caskets—is environmentally damaging, and people are beginning to seek out alternatives.

“People like the concept of going green,” Baskerville says. But even traditional flame cremation does not exactly meet that need. Cremating a single body emits as much carbon as an 1,000-mile car trip.

So increasingly, people are seeking out greener alternatives for their afterlife. A process called alkaline hydrolysis is now legal in 15 states, including Baskerville’s home of Illinois. He describes it as “flameless cremation” because what it entails is using the gentle flow of warm water mixed with alkali (usually sodium hydroxide or potassium hydroxide) to naturally liquefy a body over the course of several hours. The process creates relatively little emissions and leaves behind no waste. The leftover liquid can be disposed down the drain, and the remaining bones and metal can then go in an urn, like a traditional cremation. In Baskerville’s businesses, around 40% of people who chose cremation are opting for the flameless process.

Another emerging alternative is human composting, which was legalized in Washington (the first state to do so) in spring 2019. Through exposure to microbes, bodies can be naturally broken down and turned into soil—around one cubic yard per person, to be precise. A Seattle-based company called Recompose is pioneering the service, which will be available as an option to Washington residents beginning May 2020. Katrina Spade, Recompose’s founder and CEO, previously founded the Urban Death Project to advocate for the practice as both more sustainable and more practical in terms of land use. Recompose has proposed memorial sites where family members could come visit the bodies as they were decomposing. The dirt could then be given to families to save or to use to grow trees or plants. The company plans to open its first site in 2020.

While body composting is limited to Washington for the time being, Baskerville would not be surprised if it became more widespread. “Trends in burials tend to begin on the west coast and spread from there,” he says. Cremation, for instance, first overtook burials in popularity on the west coast, and interest in greener options, he believes, will continue to grow.

Moving away from traditional burials also tracks with a shift in American attitudes toward death on the whole. The rising “death wellness” movement encourages a more open and accepting approach to death and mortality, whether that be through dinner parties built around the discussion of death, or through hiring “death doulas” to coach people as they approach the end of life. HBO recently released a documentary called Alternate Endings that explores the different ways in which people in the U.S. are opting to memorialize themselves. Certainly, the availability of a wider range of funeral options necessitates a more open conversation around end-of-life planning and what death and burial means to individuals. To Baskerville, this is a good thing. “In years past in the American culture, death has been a topic that was not talked about,” he says. Now, though, “end of life is more of an open topic of conversation in most families now.”