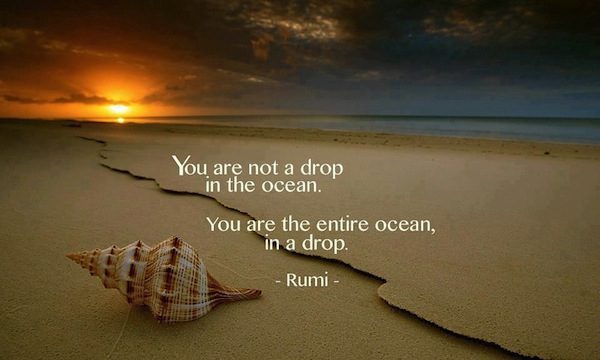 WANT a better 2016? Try thinking more about your impending demise.

Years ago on a visit to Thailand, I was surprised to learn that Buddhist monks often contemplate the photos of corpses in various stages of decay. The Buddha himself recommended corpse meditation. “This body, too,” students were taught to say about their own bodies, “such is its nature, such is its future, such its unavoidable fate.”

Paradoxically, this meditation on death is intended as a key to better living. It makes disciples aware of the transitory nature of their own physical lives and stimulates a realignment between momentary desires and existential goals. In other words, it makes one ask, “Am I making the right use of my scarce and precious life?”

In fact, most people suffer grave misalignment. In a 2004 article in the journal Science, a team of scholars, including the Nobel Prize winner Daniel Kahneman, surveyed a group of women to compare how much satisfaction they derived from their daily activities. Among voluntary activities, we might expect that choices would roughly align with satisfaction. Not so. The women reported deriving more satisfaction from prayer, worship and meditation than from watching television. Yet the average respondent spent more than five times as long watching TV as engaging in spiritual activities.

If anything, this study understates the misalignment problem. The American Time Use Survey from the Bureau of Labor Statistics shows that, in 2014, the average American adult spent four times longer watching television than “socializing and communicating,” and 20 times longer on TV than on “religious and spiritual activities.” The survey did not ask about hours surfing the web, but we can imagine a similar disparity.

This misalignment leads to ennui and regret. I’m reminded of a friend who was hopelessly addicted to British crossword puzzles (the ones with clues that seem inscrutable to Americans, such as, “The portly gentleman ate his cat, backwards”). A harmless pastime, right? My friend didn’t think so — he was so racked with guilt after wasting hours that he consulted a psychotherapist about how to quit. (The advice: Schedule a reasonable amount of time for crosswords and stop feeling guilty.)

While few people share my friend’s interest, many share his anxiety. Millions have resolved to waste less time in 2016 and have already failed. I imagine some readers of this article are filled with self-loathing because they just wasted 10 minutes on a listicle titled “Celebrities With Terrible Skin.”

Some might say that this reveals our true preferences for TV and clickbait over loved ones and God. But I believe it is an error in decision making. Our days tend to be an exercise in distraction. We think about the past and future more than the present; we are mentally in one place and physically in another. Without consciousness, we mindlessly blow the present moment on low-value activities.

The secret is not simply a resolution to stop wasting time, however. It is to find a systematic way to raise the scarcity of time to our consciousness.

Even if contemplating a corpse is a bit too much, you can still practice some of the Buddha’s wisdom resolving to live as if 2016 were your last year. Then remorselessly root out activities, small and large, that don’t pass the “last-year test.”

There are many creative ways to practice this test. For example, if you plan a summer vacation, consider what would you do for a week or two if this were your last opportunity. With whom would you reconnect and spend some time? Would you settle your soul on a silent retreat, or instead spend the time drunk in Cancún, Mexico?

If this year were your last, would you spend the next hour mindlessly checking your social media, or would you read something that uplifts you instead? Would you compose a snarky comment on this article, or use the time to call a friend to see how she is doing? Hey, I’m not judging here.

Some might think that the last-year test is impractical. As an acquaintance of mine joked, “If I had one year to live, I’d run up my credit cards.” In truth, he probably wouldn’t. In a new paper in the science journal PLOS One, two psychologists looked at the present value of money when people contemplated death. One might assume that when reminded of death, people would greatly value current spending over future spending. But that’s not how it turned out. Considering death actually made respondentsless likely to want to blow money now than other scenarios did.

Will cultivating awareness of the scarcity of your time make you grim and serious? Not at all. In fact, there is some evidence that contemplating death makes you funnier. Two scholars in 2013 published an academic paperdetailing research in which they subliminally primed people to think about either death or pain, and then asked them to caption cartoons. Outside raters found the death-primed participants’ captions to be funnier.

There’s still time to rethink your resolutions. Forget losing weight and saving money. Those are New Year’s resolutions for amateurs. This year, improve your alignment, and maybe get funnier in the process: Be fully alive now by meditating on your demise. Happy 2016!