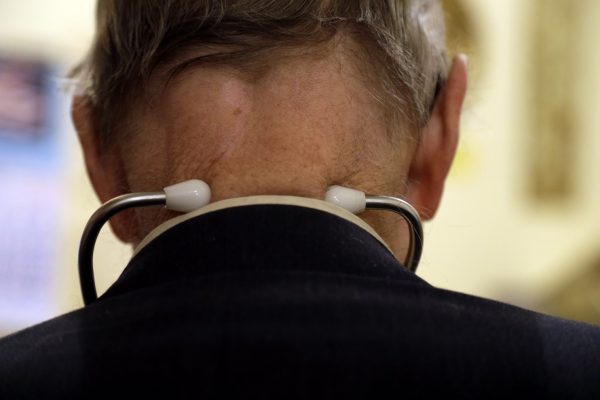 In “How Doctors Die,” a powerful essay that went viral in 2011, a physician described how his colleagues meet the end: They go gently. At the end of life, they avoid the mistakes — the intensive, invasive, last-ditch, expensive and ultimately futile procedures that many Americans endure until their very last breath.

“Of course, doctors don’t want to die; they want to live. But they know enough about modern medicine to know its limits,” Ken Murray wrote.

A new study reveals a sobering truth: Doctors die just like the rest of us.

“We went into this with the hypothesis we were going to see very large differences,” said Stacy Fischer, a physician who specializes in geriatrics at the University of Colorado School of Medicine. “What we found was very little difference to no difference.”

The study in the Journal of the American Geriatrics Society examined 200,000 Medicare beneficiaries to bring some hard data to the question. They found that the majority of physicians and non-physicians were hospitalized in the last six months of life and that the small difference between the two groups was not statistically significant after adjusting for other variables. The groups also had the same likelihood of having at least one stay in the ICU during that period: 34.6 percent for doctors vs. 34.4 percent for non-doctors. In fact, doctors spent slightly more time in the ICU than non-doctors, the study found — not enough time to signify a clinical difference, but suggesting that, if anything, doctors may be using medicine more intensively.

But these differences are small, and overall, they are far from the powerful mythology that doctors are dying better than the rest of the populace.

“Doctors are human, too, and when you start facing these things, it can be scary, and you can be subject to these cognitive biases,” said Daniel Matlock of the University of Colorado School of Medicine.

Many people have witnessed a death that seemed to be exacerbated by modern medicine: a drug that came with side effects but never seemed to halt the disease’s progress, the surgery that was totally unnecessary and might even have sped up someone’s death. Doctors have seen that happen even more often.

“Patients generally are not experts in oncology, and yet they have to make decisions without knowing what the whole course of their illness will be,” Craig C. Earle wrote in the Journal of Clinical Oncology. “We, on the other hand, have shepherded many patients through this journey toward death.”

That’s why powerful anecdotes about doctors who die better, whose last moments are spent peacefully and with family, give us hope: There is a better way.

But Matlock and Fischer think their data may reveal the odds against the patient, even when the patient is a doctor. The health-care system may simply be set on a course to intervene aggressively.

“These things that encourage low-value care at the end of life are big systems issues,” Matlock said. “And a strong, informed patient who knows the risks and benefits — maybe even they have a hard time stopping the train.”

There are definite limits to the study: It could not control for differences in education or income among people in the sample. Most of the doctors who died were white men.

But the findings may reveal a deep bias that lies at the root of medicine. Fischer pointed out that the entire health-care system is aimed at fixing problems, not giving comfort. For example, a hip replacement the day before someone dies is something the medical system is equipped to handle: Surgeons can schedule it, and health insurance will pay for it. But, Fischer pointed out, if a patient needs less-skilled home care — such as help with feeding and bathing — it’s much harder to write a prescription.

2 Replies to “The sobering thing doctors do when they die”