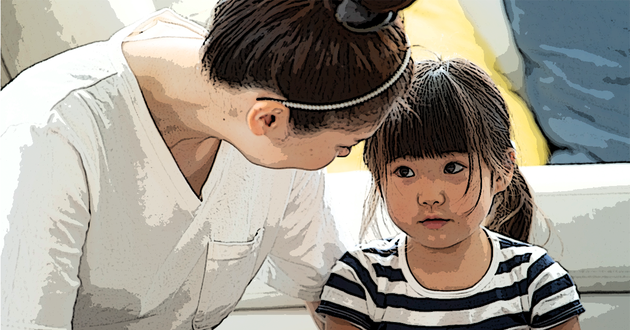 Death is, at once, the simplest and most complicated thing in the world. It’s a tough subject even for adults to fully wrap their heads around, so how are children expected to comprehend it?

A survey of 1,000 UK parents by Legal and General found the most common questions three to nine-year-olds ask when confronted with the loss of a loved one are ‘how did they die?’ (55%) and ‘where did they go?’ (38%).

There’s something starkly direct in those questions, a directness we lose (or learn to contain) as we grow up. Tellingly, among the 10 to 16-year-olds surveyed, just 8% asked where the dead person had gone. But how do you begin to answer younger children’s questions around death?

“Recently my daughter asked me why I didn’t tell her mummy was going to die,” says Elliot Choueka, whose wife Rosie died of secondary breast cancer when his children were four and seven. “I didn’t really have a good answer for that other than that I didn’t want to upset her.”

Choueka says that the last time he told his kids to say goodbye to his wife, he perhaps should have made it clearer they were saying goodbye for the last time. “But it felt too hard on everyone, on the children and on Rosie,” he tells me. “If I were in the same situation again, would I do anything differently? I don’t know.”

We all know death should be talked about in an age-appropriate manner, but how do we answer the questions our kids have – and should we sugarcoat the truth?

Be Honest And Direct

“There’s a question I remember my daughter asking,” says Choueka, who set up the secondary breast cancer charity Secondary1st after his wife’s death. “One of her friends had said to her that people with cancer could die. She asked me if that was true and I said yes.

“She asked me if mummy was going to die and I said I didn’t know, which was the truth at the time. My point of view has always been that an honest, direct answer is better than trying to obfuscate the truth.”

Experts tend to agree. Avoidance of euphemism and platitudes is widely advised – saying “grandma died” rather than going for something that feels more palatable in the moment, but is potentially confusing. Saying you’ve “lost” someone, or they’re “gone”, or they’ve “slipped away”, all make sense to adult ears but are perplexing to younger ones. You don’t want to inadvertently scare your child into thinking when they go to sleep they might not wake up.

Explain The Eventuality Of Death

Being direct doesn’t mean being unkind or uncaring. The Bereavement Advice Centre says when answering questions such as ‘Why can’t doctors stop people dying?’ and ‘Will I die?’, you shouldn’t hide the truth, but also it’s important to show humanity. One such answer could be: “No one knows what happens when you die. All we know for sure is that it will happen one day – to all of us. Don’t worry or think about it for very long, as there are a lot more interesting and wonderful experiences to look forward to.”

Parenting website Babycentre suggests a similar tone, as well as giving reasons (“Grandpa was very, very old and his body couldn’t work anymore”). There’s a tightrope, they explain, where you want to explain that death happens to everyone, but don’t want your child to think they might just drop dead at any second – and that usually something (age, disease, an accident) is to blame.

Agree That Life Can Be Unfair

The irreversible nature of death can take some digesting. Psychiatrist Bruce Perry, founder of the Child Trauma Academy, remembers a five-year-old asking him “When is my mummy coming home from heaven? I’ve been waiting and waiting.”

There’s no way around it – life is unfair. The Children’s Cancer and Leukaemia Group suggests a blameless but no-nonsense discussion about the topic: “Sometimes life is just not fair. It was nothing you or anyone else did or did not do.”

Use TV And Film

One way of demystifying death is to expose your children to it in entertainment. A 2017 study from the Omega Journal of Death and Dying concluded that Disney and Pixar films which dealt with grief such as Up, Big Hero 6, Inside Out and The Lion King not only act as a useful springboard to discuss death, but also an impetus to do it before it becomes directly relevant.

The authors believe discussing death in the context of child-friendly films leads to a more positive experience when bereavement occurs.

Discuss What People Can Learn From Death

It’s important to consider what children might need in this situation. Budding researcher Paul O’Brien was just 12 when, in 2005, he surveyed 160 children in his school and did in-depth interviews with eight, discussing what their experiences with death had been.

The things that confused them – how a seemingly healthy person could suddenly die – are all things bereaved adults ask themselves all the time. Several of the children involved came to ultimately positive conclusions, reporting that their experiences of death had taught them to live life to the full and appreciate the people around them who wouldn’t always be there.

Citing his own experience, O’Brien concluded: “It changed me in a way that I wanted to be kinder to the people I love.”

There will always be questions. Some will have satisfying answers, some will have upsetting ones, and some might be unanswerable, but doing our best to have these conversations is, in the face of the only truly inevitable force in life, all we have.