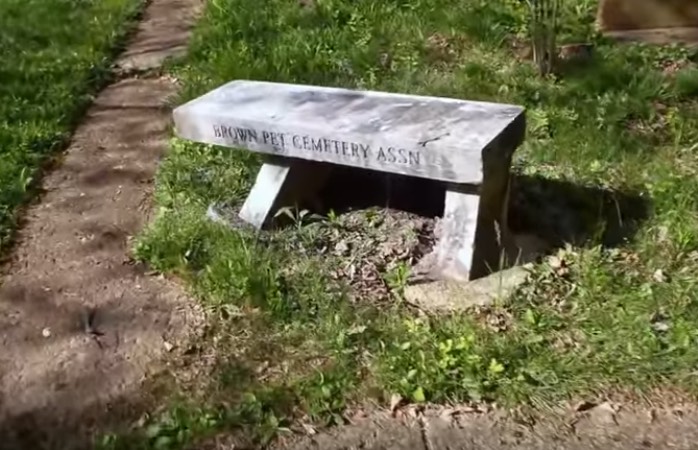 Filmmaker Sam Green was just about to fly out of Columbus, Ohio when his friend offered to make a quick detour. “She asked if I wanted to see a little pet cemetery that’s across the street from the airport,” Green told The Atlantic. Armed with his camera, Green captured the tombstones of a menagerie of dearly departed animals, some dating back to the early twentieth century. His short film, Julius Caesar was Buried in a Pet Cemetery, featuring an original score from Yo La Tengo, showcases the pets’ final resting place—and the human love they once inspired.

Green said that he finds graveyards for pets especially moving because the headstones tend to be much more emotive than those found in human cemeteries. “You can say, ‘Buster was the best parakeet who ever lived,’” said Green. “With human graves, everything is so much more constrained. People love their animals in such an intense way and are able to express that love in a much freer way than they can about people they’ve lost.”

“You have gone and left such emptiness that time can never fill,” reads a grave for a dog named Jiggs Boy, who died in 1933.