— But Some Groups Embrace It 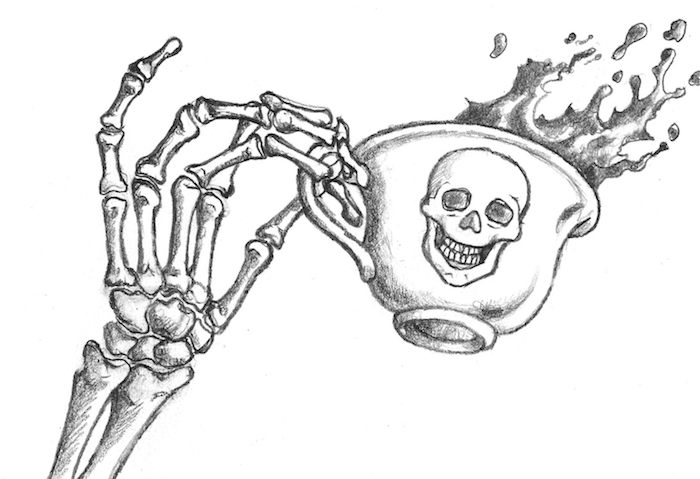 Death has never been easy to talk about in our culture, but COVID-19 has thrust the taboo subject into the spotlight.

And some groups, called death cafés, are making it less fraught to discuss topics around dying, including fears, spirituality and ethics. With more than 400,000 Americans dead from the coronavirus, mortality is something that is on many people’s minds — whether they’re having a direct experience with it or not.

With tea and cake or other treats, death cafés — in 73 countries and now mostly virtual — are open to anyone interested in delving into the issue of mortality. With no agendas, only unstructured conversation, their objective is to increase awareness of death in a supportive way while helping people make the most of their lives.

These nonprofits are established to help people talk about death and dying in a supportive, unstructured way (typically, in person, but during COVID-19, most gatherings are being held virtually). The goal, according to the organization’s website is to “increase awareness of death with a view to helping people make the most of their (finite) lives.” Death cafés have been held in 75 countries, and people are encouraged to start their own, based on these guidelines. To find one near you, visit the organization’s website and use its locator tool.

“The need for talking about death is not greater because of COVID, because death is something that has always been natural and true,” says Viviana Rose, 54, of Austin, Texas. “But our awareness level, because of the situation, is more acute.”

Rose learned of the cafés years ago, in an article about one in Thailand, and thought they were “tailor-made” for her. Raised in a fundamentalist church, “whose ideology,” she says, “rendered me extremely afraid of death at almost pathological levels,” she found a café near her home (then in upstate New York) and has been attending one ever since.

These groups help participants address the fear of death, “not in the pursuit of a cure,” Rose explains, “but in pursuit of growth — in our ability and maturity to grapple with this reality. This is not something we can eradicate or escape. In the cafés we help one another learn how to handle this better.”

A healthy way to talk about death

Death and grieving expert David Kessler, author of Finding Meaning: The Sixth Stage of Grief, has been immersed in conversations about the subject for decades. He has written many books, two of them cowritten with the late Elisabeth Kübler-Ross, one of the world’s foremost authorities on the psychology of dying.

That fear spawned a field of study called thanatology, which examines death and dying from multiple perspectives, including medical, physical, psychological, spiritual and ethical.

Kessler was in the middle of a 30-city book tour last spring when stay-at-home orders sent him back to Los Angeles, where he started a Facebook group for people to talk about COVID-19 and death (find the link at grief.com). A thousand people joined the group the first day. Thousands more have joined since.

A safe place to discuss mortality

Death café participant Elizabeth Osta, of Fairport, New York, has no problem talking about dying, which she does frequently as a board member of the Funeral Consumers Alliance of Greater Rochester. But when the 75-year-old had cancer, she got used to people feeling uncomfortable when she mentioned her diagnosis. Afraid to think about the worst-case scenario, they often quickly changed the subject, she recalls.

Osta has seen people react similarly about the pandemic. As soon as she heard about death cafés, she thought they were exactly what the world needs. “Death cafés, especially in these times, are places to go and say, ‘Oh, my God’ and not have this tremendously distant response. Instead you get an empathic and understanding response.”

The gatherings offer a safe haven for expressing anxiety, frustration and other emotions that may or may not be tied directly to COVID-19.

For Roger Kligler, a 68-year-old doctor from Falmouth, Massachusetts, they are a chance to be with people willing to discuss our impermanence, as well as an opportunity to participate in the growing death-positive movement, which rebrands the concept of dying to make it more acceptable to talk about and embrace.

Kligler even facilitates meetings. He says he has “outlived my life expectancy” by being treated for 18 years for metastatic prostate cancer and appreciates the ability to swap ideas about how to make good decisions and minimize suffering.

Meaningful questions always arise, he says: “You’re not going to live forever, so what do you value in life? What is important for you to do?”

When we talk openly about our modern struggles, “there’s something freeing about it — sort of like the bars that were holding us in suddenly dissolve,” Kessler explains.

In fact, death cafés are like any other support group in that they help manage distress and improve coping skills.

“We go to these places not just to hear one another but to hear our true selves speak, to have an interaction between the mind and the heart,” Rose says. “That’s a good, good thing to bring to the table.”