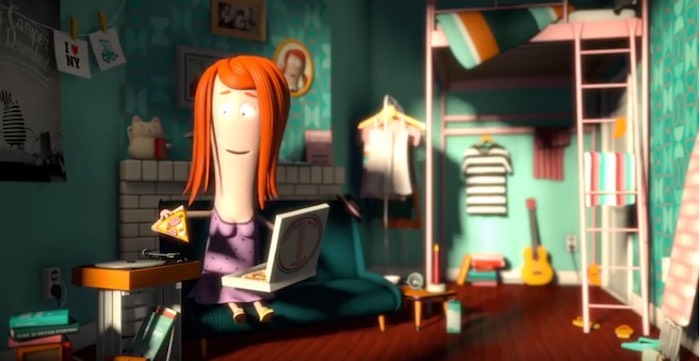 In this Oscar-nominated animated short, a young woman receives a mysterious package that contains a vinyl record. She soon realizes that she can go forward or backward in time by simply adjusting the position of the needle as the record plays on her stereo. 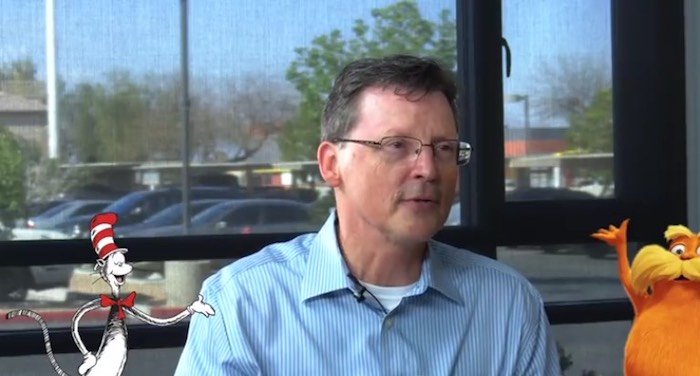 Tim Boon, RN is the CEO of Good Shepherd Community Care in Newton, MA. Share this poem with ALL the loved ones. 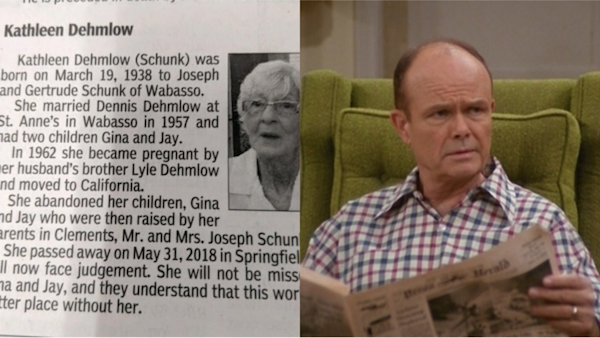 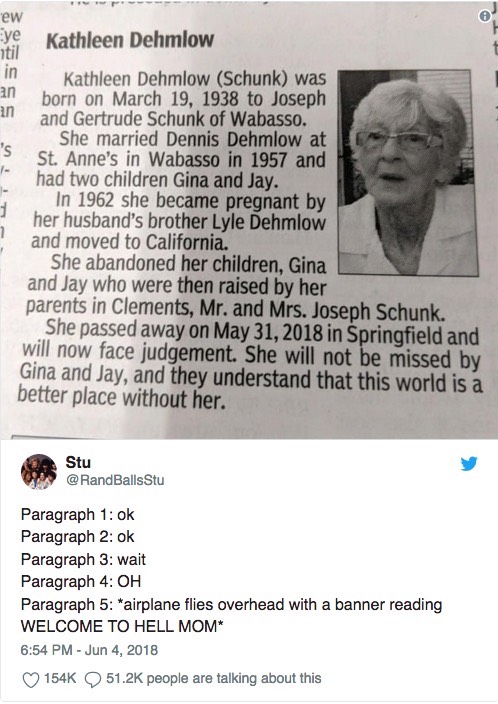 [I] might die at any moment. My roof might collapse when my millennial neighbors throw a party that is too cool! I could finally freeze to death from never buying a winter coat! We could all die from (insert terrifying thing Trump is doing today)! So it’s important to plan ahead. While most Americans opt for cremation or embalming, five years of living in Brooklyn have made me much too alt for either. Here are some other suggestions.

Donate my body to pranks.

Spray-paint my bones gold and sell them at Free People. 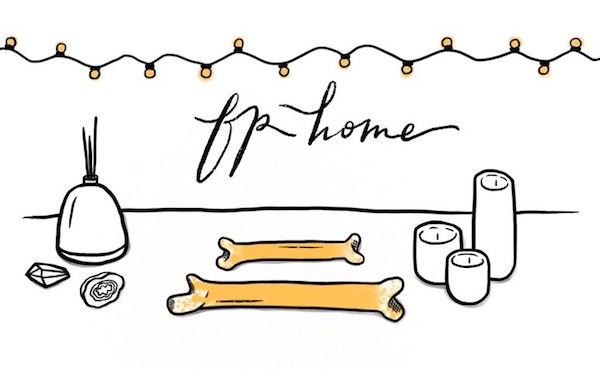 Let doctors use my body to practice surgery, but make sure they’re not plastic surgeons. I spent a lot of time and effort while alive making sure I wasn’t hot; I don’t suddenly want to be hot when I die.

Roll me into the ocean—it seems like fun for both of us!

Donate all my organs to science, except for my eyes. It’s not that I’m sentimental about my eyes, it’s just that I want them to be used in that spooky “put your hand in the bowl” Halloween trick, in lieu of peeled grapes.

Cremate me, but only if you find a very hip ceramic, block-painted urn that costs three hundred dollars and was made by someone in Brooklyn who somehow makes pottery as a living.

Add me to the “Bodies” exhibit, and make my skeleton do a gnarly skateboard trick. Have the explanatory plaque read, “Blythe was able to do this in real life and did it constantly.” 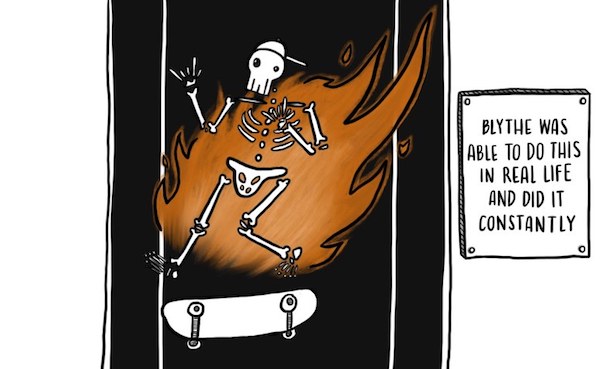 Put me in a big jar of formaldehyde, like Stannis Baratheon’s wife does with those fetuses on “Game of Thrones.” When you see people getting creeped out by it, say, “Oh, yeah, I bought that at Free People.” 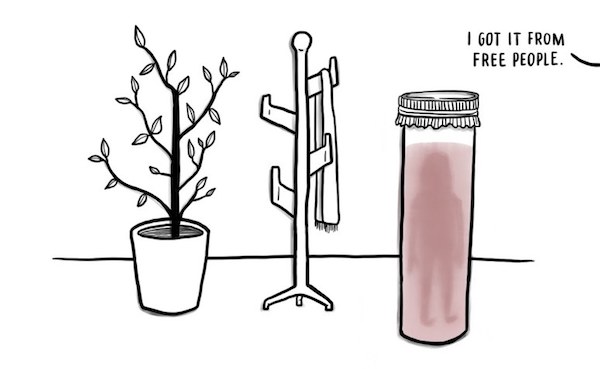 Compost my body and use the resulting loam on my succulents. It doesn’t matter if I’m the wrong kind of soil for the succulents; I’m already killing them while I’m alive.

Keep losing and re-finding my bones, setting off a media frenzy every time with headlines like, “SKELETON DISCOVERED UNDER PARKING LOT.”

Plant a memorial cactus on top of me. I swear to God, I am going to be reincarnated as a succulent. 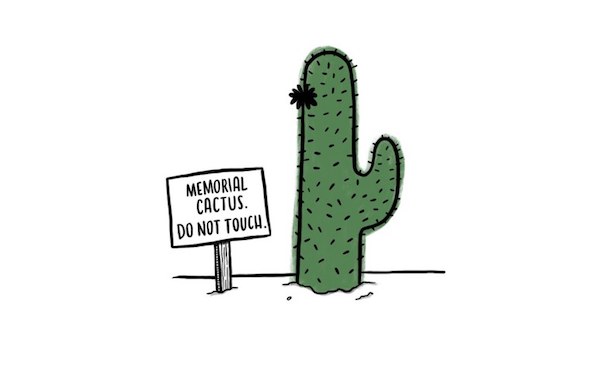 Use me as a crash-test dummy to prove that it’s actually not dangerous to put your feet up on the dashboard.

Don’t embalm me, and bury me in a natural coffin in a natural cemetery. See if you can find a plot inside a national park. Make my gravesite a geotag on Instagram. 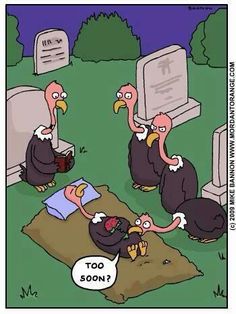 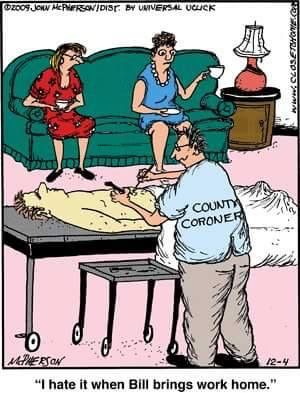 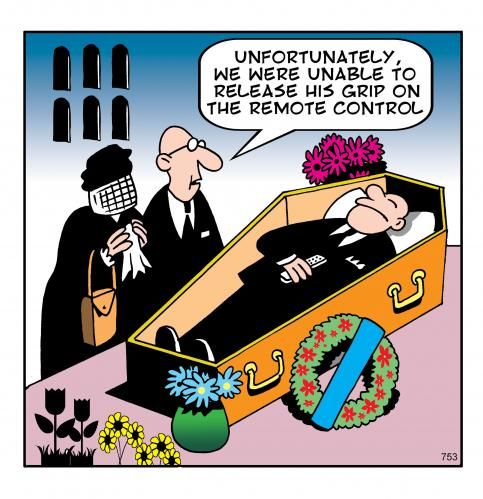 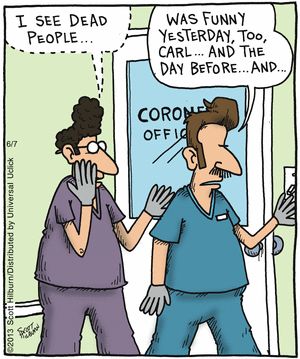 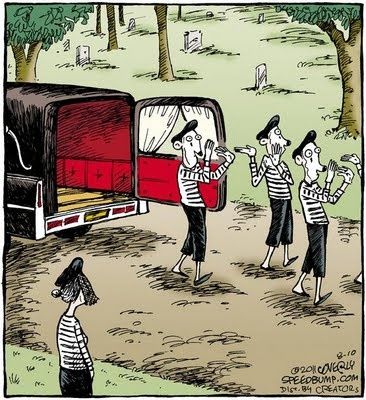 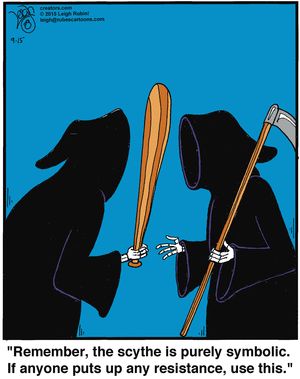 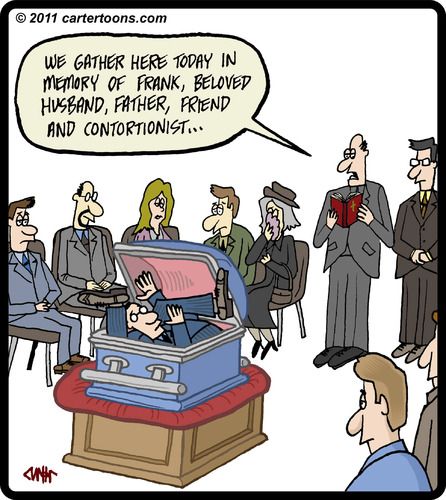 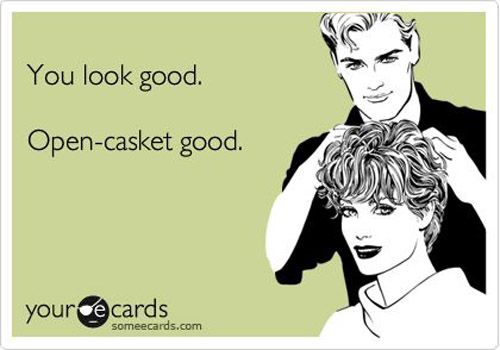 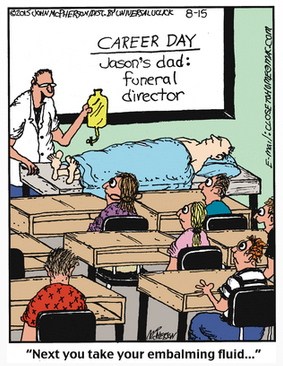 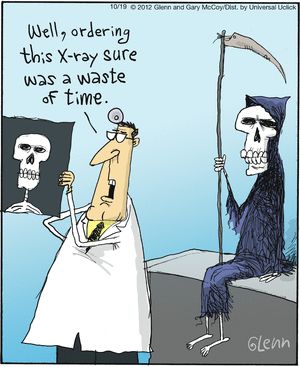 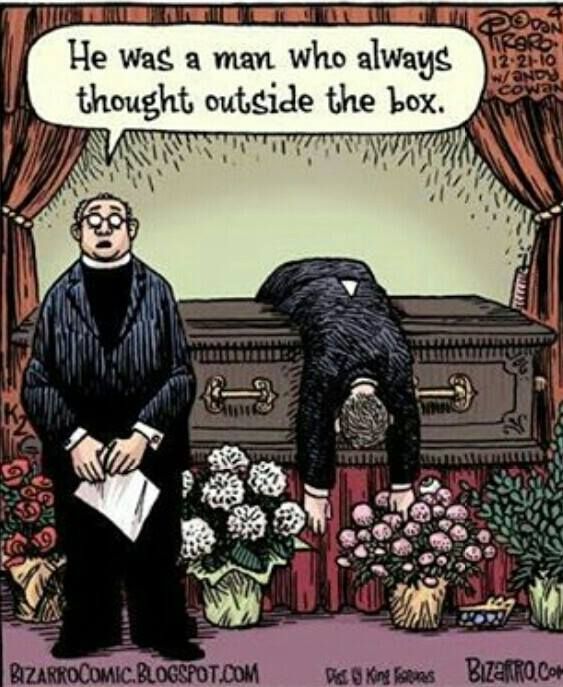 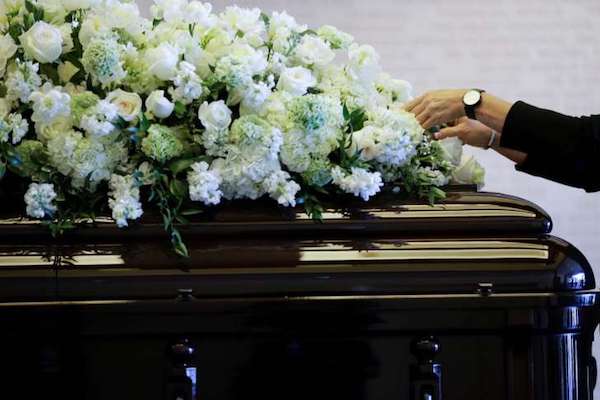 [H]umor takes the sting away; it humanizes us; it helps us keep our perspective. Humor enriches us; it educates us; it brings us joy. Humor doesn’t dissolve the pain or make our life any less poignant, but it does help make things more bearable. That’s my philosophy, and I’m happy to share it with you. I hope that if you enjoy what you see, you will take the opportunity to share it with others. 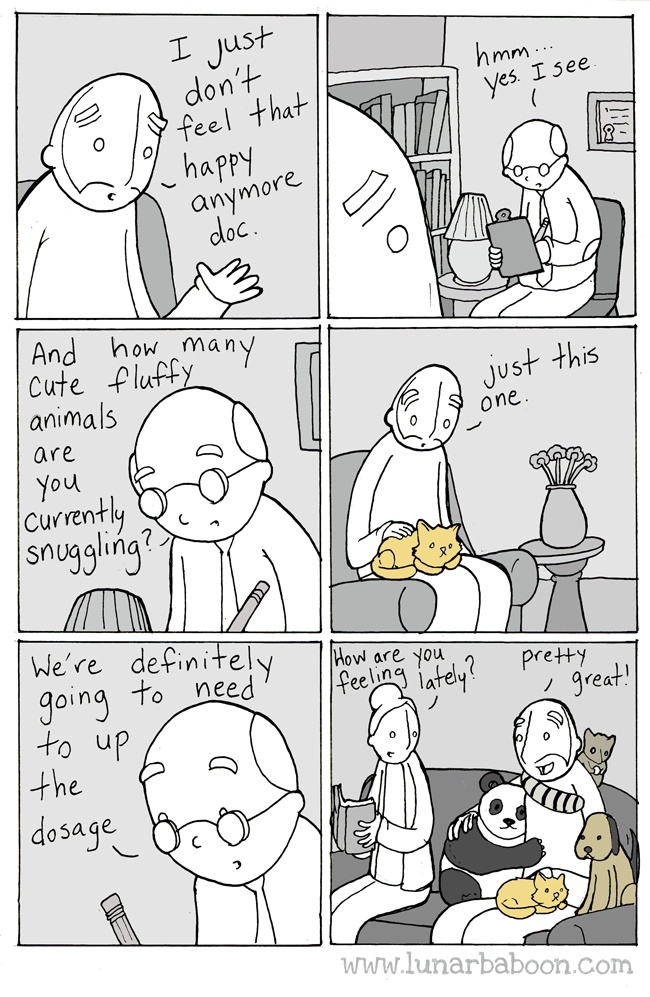 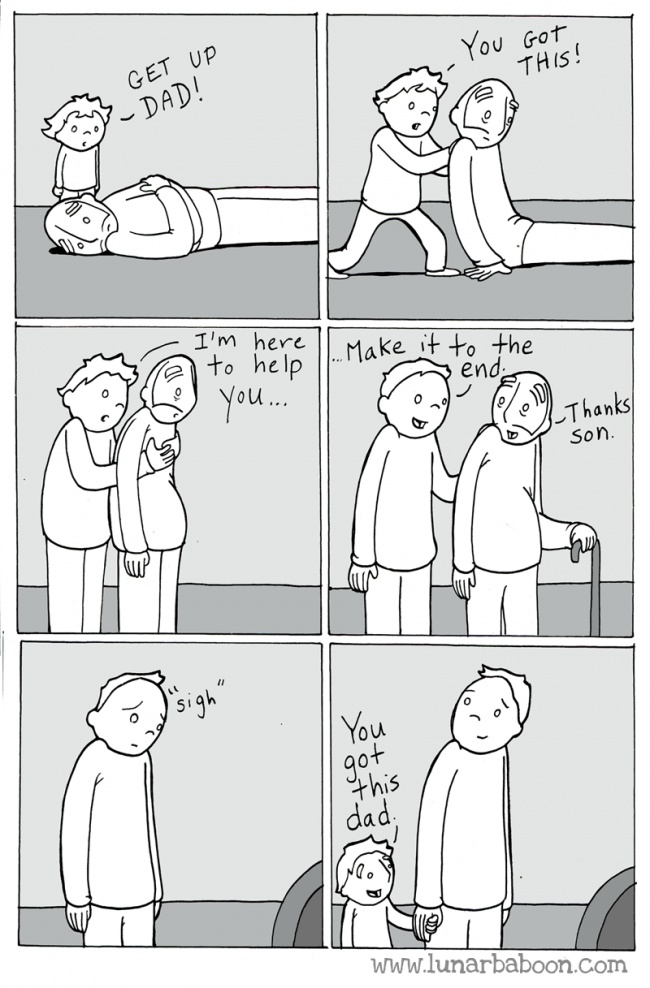