Death is an ultimate cosmic constant. The stages of death herald the conclusion of all vitality in all mortals. Let us delve deeper into understanding the dying process. 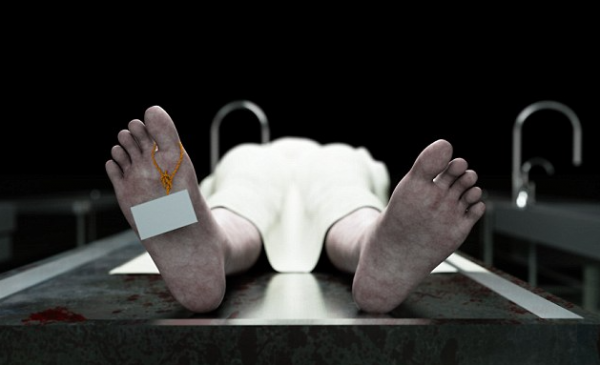 “The pale, the cold, and the moony smile
Which the meteor beam of a starless night
Sheds on a lonely and sea-girt isle,
Ere the dawning of morn’s undoubted light,
Is the flame of life so fickle and wan
That flits round our steps till their strength is gone.”

[T]hat was Percy Bysshe Shelley on the approach of death. Death has been an object of fantasy and obsession for many a poet and philosopher, whether classic or contemporary. However, the physiological stages that precede and succeed this dire reality are far from the musings of the poetically inclined. The final phases leading up to death can be categorized as emotional and physical.

Emotional Stages During the Time Leading Up to Death

Denial: The dying individual has difficulty in believing that he is so close to death; he refuses to accept that anything could be wrong with him.

Resentment: Once he is convinced of his fate, he feels it is unfair and his frustration finds vent in anger and resentment.

Negotiation: The third stage is where desperation sets in. He tries to bargain with fate, people close to him, his physician, family, friends, etc. to find a cure, whether medical or spiritual, to prolong his life.

Depression: When he realizes that he cannot cheat death, despondency sets in and he begins feeling hopeless. The person suffers from loss of appetite and insomnia.

Resignation or Acceptance: This is the final stage. The person in question gives up all his struggle and accepts his fate and the finality of death.

The signs of approaching death set in about two to four months before death. The person becomes withdrawn and may feel detached from their surroundings. This is a time for introspection for most people and they recall their past to re-evaluate their lives. However, sometimes people suffering terminal illnesses tend to become hyperactive and indulge in their passions and desires. They put the remaining days of their lives in a fast forward mode so as to partake in those activities which they have always wanted to pursue in their lives but never got an opportunity, just like Jack Nicholson and Morgan Freeman did in The Bucket List.

Signs of death can be classified as close and distant. Close signs are the physical stages that start setting in from a couple of weeks prior to the exact time of death.

The physical stages are experienced solely by the person who is dying. These can be categorized into the stages at the exact moment of death and the stages that occur some moments after death.

Stages at the Exact Moment:-

Stages After About Half-an-Hour:-

About a six to eight weeks before death, the person may spend more time sleeping and lazing around. Diminished movement is witnessed, along with signs of disorientation. The person may either have hallucinations, feel paranoid, or he may be washed with a sense of peace and security. As the final stages close in, the person may feel a sudden, short-lived wave of euphoria and energy, the same way as a lamp flickers the brightest before going out. Breathing becomes irregular and then stops altogether.

The family and friends of the deceased person suffer a trauma of loss for a long time, sometimes for throughout their entire lives. Dealing with the death of a loved one, especially, coping with the death of a parent, spouse or sibling can be emotionally taxing and should be dealt with patience and sensitivity. In severe cases, grief counseling and sessions on death management can help ease the pain of dealing with the loss of a dear one.

Death is the greatest truth, even greater than life itself! There is no assurance of the fetus getting born even after being conceived in the womb, but there is the stoic assurance of encountering death even as the faintest pulse of life starts throbbing. It is not the end but a transition to the afterlife, the beginning of a new journey towards further education and enlightenment of the soul; and we all know that the soul is immortal. Death only marks the end of one aspect of our journey as the soul transcends to a higher realm of consciousness.