Before starting medical school, James Downar believed that doctors have a moral duty not to let patients die without doing everything to keep them alive. Then he started to experience how lives actually ended.

Many deaths were peaceful. Many were not. He witnessed patients dying of lung cancer who suddenly began coughing up blood, drowning before they could be injected with morphine to relieve their distress.

He observed the older man with advanced liver cancer whose wife kept insisting on aggressive care even though he clearly was dying. The man was admitted to the intensive care unit with cancer-related pneumonia, and then developed a catastrophic bleed in his stomach. His body swelled from repeated ineffective blood transfusions, his kidneys shut down and he never regained consciousness. He died without saying goodbye to his children.

“You cannot see these deaths and not be moved. They are just so unnecessary,” says Downar, a critical- and palliative-care doctor at the University Health Network in Toronto. “We had every opportunity to intervene and provide these patients with better end-of-life care, and prepare their families for what was inevitable.”

In the first of a three-part series on how we could end our lives better, Postmedia News explores the reality of death today, when technology allows hospitals to stretch a patient’s last days longer and longer — with questionable results.

“Bad deaths” happen because of an unwillingness to confront that, fundamentally, most diseases cannot be cured, Downar says. They happen because doctors, untrained and profoundly uneasy confronting our deepest fears and anxieties, see death as a failure, and it can sometimes be easier to continue with aggressive treatment than to tell a patient or family, “I can’t turn this around.”

They happen because difficult conversations aren’t happening until there is a crisis and families are in such emotionally hot states they cannot think, concentrate or hear properly. 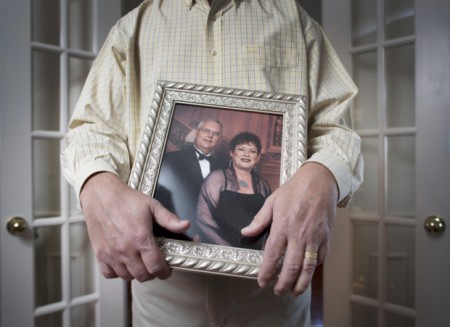 Yet most lives do not end suddenly, meaning many people can, if they choose, plan the circumstances of their deaths, and tell their doctors and families what they want, or want to avoid.

One option may soon be legalized euthanasia. The Supreme Court of Canada is on the verge of issuing a landmark ruling into whether Canadians have the constitutional right to assisted suicide — a right Quebec is already preparing to grant terminally ill, competent adults experiencing “unbearable” suffering.

But even in jurisdictions where assisted suicide is permitted few people request it and, among those who do, many never go through with the act.

“The fact that you’re dealing with death means that somehow you can’t make the patient better, you can’t control. And some people are fundamentally afraid of that.”

Advances in medicine and fund-raising slogans about “winning the war on cancer” have led to unrealistic expectations about what medicine can and cannot do. The expectation often is: you can fix this. It’s like the resurrection of Lazarus, says Derek Strachan, a spiritual care professional at the Toronto General Hospital.

“We can do amazing things, and we’ve been surprised. We’ve had people walk out of here that we would never have thought would,” Strachan says. “But it creates this expectation that we are miracle workers. And when we can’t perform miracles, it’s tough.” 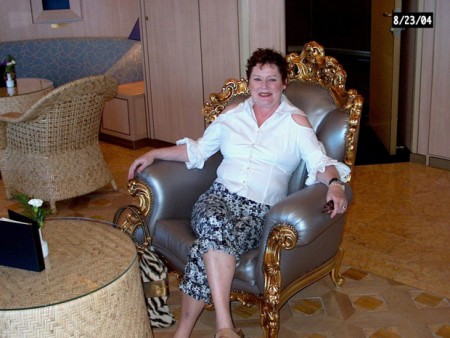 “In a black and white world, it’s easy to say you don’t want those things,” Ken said. “But in Pat’s case, nothing was black and white. It was all grey.”

Pat was 57 when she was diagnosed with pulmonary fibrosis — deep scarring in her lungs. The retired primary school teacher was told her she would die without a double lung transplant.

She was sent home on oxygen and waited 14 months for her new lungs. The operation took eight hours. She would spend the next 180 days in intensive care fighting not to die. Her body battled furiously against the new organs. She developed infections and her chest wound had to be kept open for four months to treat the area and debride the bones. Ken saw his wife’s heart beating inside her chest. One day, when the surgeon moved the organs to get to where he needed, he told Ken, “Now two men have touched Pat’s heart.”

Miraculously, Pat rallied. But her kidneys had shut down and so four afternoons a week Ken connected Pat to a dialysis machine, hooking the dialysis tube to the thick, central line that went into Pat’s heart and exited up near her left breast.

In all, she would spend 300 days in intensive care. Ken was there for 299 of them. “Each morning, the doctors would start their rounds, with, ‘Today is day number ‘fill in the blank.’ This is Pat.”

Pat was eventually discharged home. She lived another 24 good and meaningful months on dialysis. Then, in early spring 2014, she was diagnosed with breast cancer. The doctors told her she would not survive surgery, but they offered radiation. She developed an overwhelming infection and spent her last six weeks of life in hospital, confined to bed. On the evening of April 14, Ken kissed Pat goodbye as the nurses connected her to the dialysis machine. “Love you, see you in the morning,” he told her.

Pat died the next morning, before Ken could get back to the hospital. She was scheduled for more radiation that day.

Ken believes Pat’s doctors did everything they could. “She was stubborn — she would call it tough. In the ICU, I never had the idea ‘you shouldn’t really be doing this,’ because you’re hopeful.”

The end wasn’t what Pat had hoped for. “Any death in the hospital is going to be bad, and she suffered a little at the end,” Ken said. He can’t remember being approached to discuss Pat’s wishes, until death was near. “There were so many doctors involved. I could see that it would be easy for someone to think, well, someone else must have discussed this with the family. So nobody ended up talking about it.”

Most of us want to die at home, surrounded by families. The reality is 70 per cent of us will die in a hospital and of those who do, 10 to 15 per cent will be admitted to an ICU. Most Canadians have no written plans about what life-prolonging treatments they would accept or reject, and fewer than half have designated a substitute decision maker to speak on their behalf if they became incapacitated.

Doctors say some families are clear: “My mother would never have wanted this.”

“But some families are absolutely adamant that life-sustaining interventions not be withheld or discontinued,” says Dr. Christopher (Chip) Doig, professor and head of the department of critical care medicine at the University of Calgary.

Many have not fully grasped what they are asking for.

“When I do CPR on somebody I can assure you that I will break their sternum and their ribs,” says Doig, who can often feel the bones cracking beneath his hands during deep chest compressions.

Most patients on ventilators need to be sedated so they don’t try to pull the breathing tube out. The tube burns; it can feel as if someone is pushing a gloved finger down his or her throat. They cannot talk. They cannot eat by mouth. And they need to be suctioned, which involves taking them off the ventilator. They can feel as if they are suffocating. Some patients require suctioning 40 to 60 times a day.

Patients have tubes in almost every orifice — a bladder catheter, a rectal tube, a feeding tube, arterial lines in their groins or wrist, central lines under their collarbone into the main blood vessels close to the heart.

When the interventions seem futile, when none of it is likely to change the “outcome,” the distress on staff can be profound.

ICU nurses provide one-on-one care. They talk not just about their patients, but “my families.” Nurses say there can be few things more distressing than when an unconscious patient grimaces, or reaches out for them, when they are being turned.

They are often the first team members to feel that life-support should be withdrawn.

“Sometimes the nurses are already at the place, thinking, ‘we need to have a family meeting, we need to have some end-of-life discussions here,’ but it may not be on the family’s radar,” said Denise Morris, nurse manager of the medical/surgical ICU at Toronto General Hospital.

“And I think that piece, that waiting for the families to decide, is difficult, because the question in their head is, are we actually doing harm for our patient? Are we prolonging the dying process, rather than prolonging life?”

Without prior conversations or advanced directives, when families have to decide about withdrawing or stopping treatment the choice can be agonizing.

“Families tell us that kind of decision-making is really distressing to them. ‘Don’t ask me to make that decision to take my dad off the vent. I can’t do it,’ ” Morris said.

Experts say that too often the communication focuses on what will not be done — “we should remove the life-support” — which often only provokes the response, “you can’t stop.” Instead, Downar says the emphasis should be on switching from “curative” or life-prolonging care, when there is no hope for recovery, to “comfort” care.

Ottawa oncologist Dr. Shail Verma says when patients trust that everything that can be tried has been tried, the response is often, “I’m exhausted. I would rather focus on the quality of my life and the end of my life.”

But when something has always worked, when a patient with widespread cancer has been saved again and again, “when finally something else happens and you say, ‘the barrel is empty, there’s nothing more to give,’ there can be this disbelief,” Verma said.

“I think the climate today is, ‘there must be something.’ And so inadvertently patients who have incurable catastrophic presentations of cancer still end up on ventilators, they still end up in ICU settings for weeks, until someone has the courage to say, ‘this will never get better.’

Many experts are pushing for more training for doctors on how to handle with skill and delicacy end-of-life discussions with patients.

It’s a conversation doctors dread the most, says Dr. Heather Ross, a cardiologist at thePeter Munk Cardiac Centre and one of the top transplant specialists in the country. “I think it’s just an incredibly difficult thing to do. Trying to find a way to tell somebody that they’re dying but not remove hope so that there is something for them to hold on to is a very big challenge.”

Ross focuses on her body posture and eye contact. If the patient is in bed, she sits. If he’s bolt upright, she stands. Her hands are never in her pockets; her arms are never folded across her chest. She gauges how the patient is taking in the information. Do they accept? Keep going. They don’t accept? Pull back.

“Often I have a very long and established relationship with these patients. I will look them in the eye and tell them that, unfortunately, there isn’t any other treatment I can offer, and that we’re in trouble. Real trouble,” Ross says.

“Oftentimes patients are already there, and we’re the ones struggling to catch up.”

Ross says everyone deserves the right to a dignified death — to be comfortable, to bring closure if needed to issues with family or friends, where caregivers and families aren’t abandoned and people ultimately do not suffer.

Polls supporting euthanasia suggest many of us fear our last moments on earth. Quality, end-of-life care could give more Canadians a gentle exit from this world, Harvey Max Chochinov, a professor of psychiatry at the University of Manitoba, writes in a recent commentary in the journal, HealthcarePapers. But today in Canada, the chance of getting such care often comes down to a “crapshoot,” Chochinov says. “Is it any wonder that people are so afraid?”
Complete Article HERE!