— A Challenge That Few Talk About 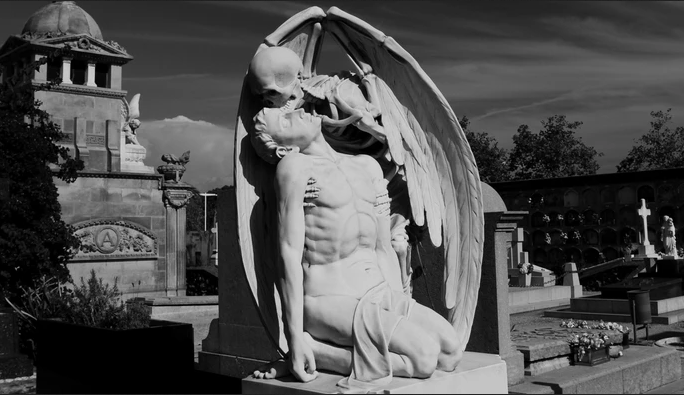 When Sarah’s husband died of cancer at the age of 50, they had been married 25 years. An accomplished man, active in their community, he was deeply missed and Sarah’s circle of friends joined forces to help her through her mourning. Support and succor were offered, but after eight years, when one friend suggested she try to help her create an online dating ad, she remarked that no one had even brought up the subject in all that time. “I know everyone accepted that I deeply loved my husband, and that was part of it,” Sarah says. “But it was as if my life as a woman died along with him in my 50s.” But she had been lonely for the intimacy she had shared with her husband, and was very relieved when someone finally brought it up.

This problem is one that Dr. Alice Radosh, a neurobiologist who lost her husband, terms:

” ‘Sexual bereavement,’ which she defines as grief associated with losing sexual intimacy with a long-term partner. The result, she and her co-author Linda Simkin wrote in a recently published report, is ‘disenfranchised grief, a grief that is not openly acknowledged, socially sanctioned and publicly shared. … It’s a grief that no one talks about. … But if you can’t get past it, it can have negative effects on your physical and emotional health, and you won’t be prepared for the next relationship,’ should an opportunity for one come along.’ ”

Older adults are often embarrassed to make their interest known, fearing ridicule or disapproval. Even health care professionals routinely fail to inquire about their older patients’ sexual health. Widows have the added burden of feeling, in some cases, that finding a new partner is disloyal to their lost loved one. Some, interested in intimacy but not necessarily remarriage, are ashamed to be associated with what they see as negative social stereotypes of sexually active older women. Despite considerable progress in our attitudes about sexuality, there is still a great deal of discomfort surrounding this topic.

The Times wrote about a recent survey that found:

“Even women who said they were comfortable talking about sex reported that it would not occur to them to initiate a discussion about sex if a friend’s partner died.” The older the widowed person, the less likely a friend would be willing to raise the subject of sex. While half of respondents thought they would bring it up with a widowed friend age 40 to 49, only 26 percent would think to discuss it with someone 70 to 79 and only 14 percent if the friend was 80 or older.”

Younger widows also feel the “disloyalty” factor when experiencing sexual longings. But older women face another common obstacle to re-entering the romance arena: the older they are the longer they are likely to have been out of “circulation.” There are a few common issues that tend to worry these women. One is that they feel intimidated about starting up a new romance with an unknown person after so many years of marital intimacy. Another major factor is worry about the “baggage” that they bring to a new relationship, usually in the form of children and their problems. No matter how grown-up, our children tend to be central to our lives, and worry that a stranger may not accept them or vice versa is common.