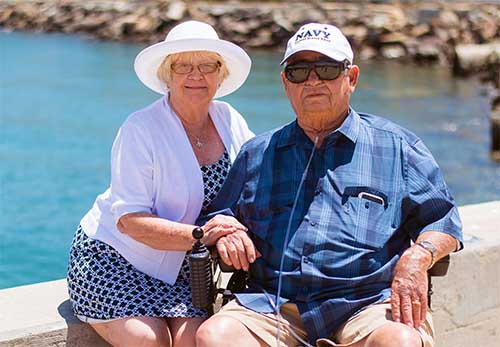 Most people with dementia who lived at home and had a partner were sexually active, a national study of older adults found.

Of partnered people, 59% of men and 51% of women who screened positive for dementia were sexually active, including 41% who were 80 to 91 years old, reported Stacy Tessler Lindau, MD, of the University of Chicago, and co-authors in the Journal of the American Geriatrics Society.

This is the first study to establish nationally representative evidence about sexuality and cognitive function of older adults at home, Lindau said.

Untreated sexual dysfunction stops older people from deriving the full benefit of sex, Lindau added: “Our study shows that people with dementia, especially women, were not talking with their doctors about these problems.”

In this study, Lindau and colleagues analyzed data from 3,196 adults age 62 to 91 from the National Social Life, Health, and Aging Project, a longitudinal study conducted by personal interviews and leave-behind questionnaires that included spouses and cohabitating partners. They used an adapted Montreal Cognitive Assessment (MoCA) to classify participants into normal, mild cognitive impairment, and dementia categories.

“Physicians need to balance the dignity and autonomy of the person with dementia who desires sex with the need to protect the person from harm,” said Lindau, who posted a blog with resources for clinicians seeking guidance about sexual consent. “Our study tells physicians that sexual activity is common among home-dwelling people with dementia and should not be ignored or dismissed as an important aspect of life with dementia.”

This study has several limitations, the authors noted: the reliability of survey responses may decline with worse cognitive function. People with signs of overt dementia that was evident to the study interviewers were excluded. The study centered mainly on male-female partnerships and does not yield insights about same-sex relationships.