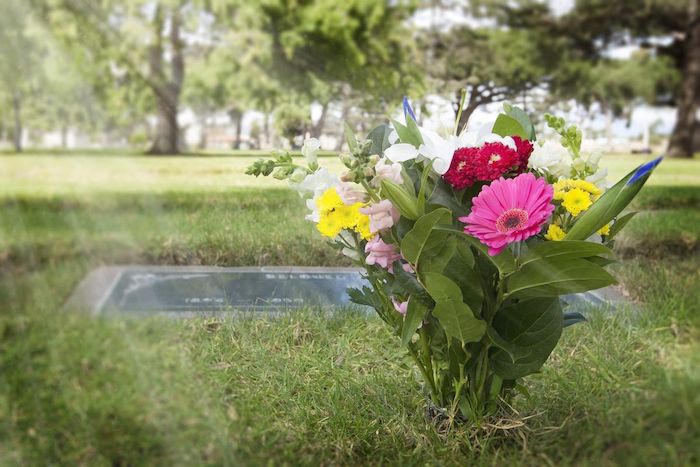 Death is in the news. There’s the pandemic — all the souls who died alone, a large proportion of them elders in long-term care. Now extreme heat-related deaths are making headlines. There are deaths in contexts as diverse as the Florida condo tower collapse and the unmarked graves on former Canadian residential school sites. Human-made systems and structures are dying, as is too much of the plant and animal life on this planet.

Then my mother died.

Having cared for her 24/7 for 12 years at home, right now the days are too long and the nights are too quiet.

She was diagnosed with dementia in 2007. We moved her in with us and travelled with her on her journey. It was always about quality of life, and death with dignity.

On the day she died, the people who loved her were there, including my four-year-old twin goddaughters, who called her “Nana.” I was talking to their mother, and the girls were playing by the bed. Then I noticed Mom take a deep, pleased sigh and move her mouth slightly. I initially thought she was rousing a bit because of the visitors. But a moment later I noticed she wasn’t breathing. We checked the pulse, and Mom had passed. It was very peaceful, with bright sunlight streaming in the windows. The room could have felt empty, but because the girls were there, it was full of the heartbeat of life.

It was a good, meaningful death. I know I’m lucky.

The last 12 years exhausted us, taught us, changed us. They were full of humanity, interdependence and love. This was happening in parallel to the bigger world becoming increasingly fractured and uncaring.

Coming out of this experience, as a living embodiment of my mom’s legacy, how do I honour what we learned? Perhaps by deeply questioning why we all aren’t able to live a good life, in what some Indigenous peoples call “right relationships,” and respect death in a way that informs life.

In a death-denying culture, what does all of the death around us mean? Our story around death is empty. In a context of an anti-aging fairy tale, it’s obscured by numbers and hidden in shadows. This speaks to our way of life.

Ironically, our way of life is not only causing death, but is literally built on death — from millions of years of compressed dead plant matter. When we talk about climate change, we focus on carbon as the problem. The real problem is that we don’t live carbon, we live lives — and our way of life is empty.

The most practical question we face today is how to commit to some notion of human flourishing in the face of existential threat.

Indigenous peoples warned colonists that going against Natural Law, the law of life which respects death, is like going against life, toward your own demise.

Native American Faithkeeper Oren Lyons was involved in the creation of the UN Declaration on the Rights of Indigenous Peoples. As a document that’s fundamentally about life, he has said it can be summed up in four words: “values change for survival.”

In medieval times, memento mori was a Latin phrase urging people to “remember that you must die.” Death is supposed to give life more meaning. It’s a teacher in plain sight, helping us discover what really matters.

If all the death around us is to mean anything, it should be a call to reclaim our humanity, a way of being that works for the continuation of life. Life and death are not inconsequential accidents, but organic parts of a greater whole.

This is the slippery, messy, vital work of our time. Legacy work connects your life story to other life on the planet, and to the even bigger story of lifetimes across generations. Values that are full of life flow from that kind of rich story.

Legacy is not a trivial thing. As a profound connection across time, in the context of lifetimes across generations, it can be either a burden or a gift. It’s where the power is. We don’t take that power, that responsibility, seriously enough.

Before you die, before I die, I have a question: What’s worth living for and dying for, in what we do and how we do it every day, year into year, generation over generation?