in 2019, australian euthanasia activist philip nitschke, founder of exit international, first unveiled his ‘sarco’ assisted suicide pod in venice. upon its first presentation to the world, people were already lined up to use it. taking shape as a high tech coffin, the pod allows the user to administer their own death in just minutes. with the press of a button inside the pod, the small space is flooded with nitrogen, causing oxygen levels to drop rapidly. the user will shortly feel ‘slightly euphoric,’ before falling into unconsciousness and peacefully passing away in a matter of minutes.

since its debut in venice, the philip nitschke’s machine has passed legal review and may be operated in switzerland. 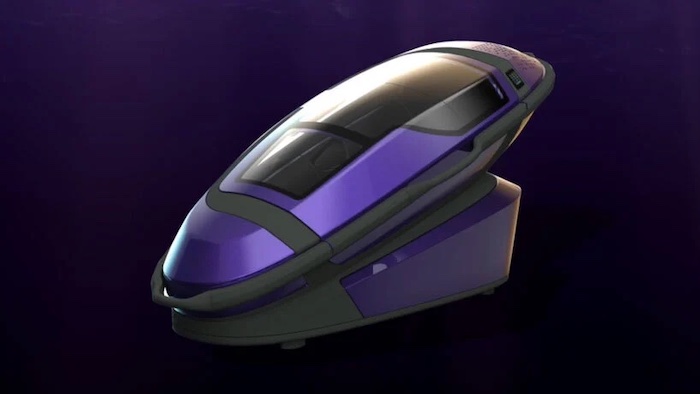 a new way to die peacefully, now legal in switzerland

dr. nitschke, founder of exit international (see more here), champions the pod as a more peaceful alternative for those wishing to die. he explains in an interview with swiss journal SWI: ‘death takes place through hypoxia and hypocapnia, oxygen and carbon dioxide deprivation, respectively. there is no panic, no choking feeling.’ (see more) 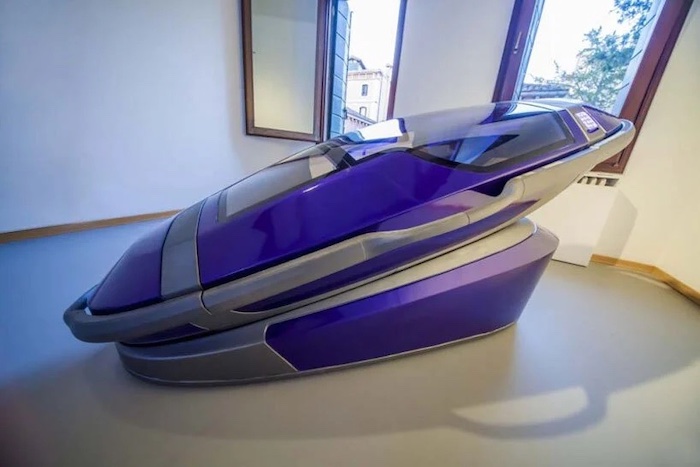 with his assisted suicide pod ‘sarco,’ philip nitschke seeks to ‘de-medicalize’ the dying process. he notes that currently, a doctor need to be involved to prescribe the patient with sodium pentobarbital and to confirm their mental capacity. the exit international founder aims to remove any kind of psychiatric review from the process and allow the individual to control the method themselves.

in lieu of a psychiatric review, the company is developing an artificial intelligence screening system to determine the person’s mental capacity. acknowledging the natural skepticism, especially from psychiatrists, nitschke notes the original concept, which involves an online test and an access code for the sarco.