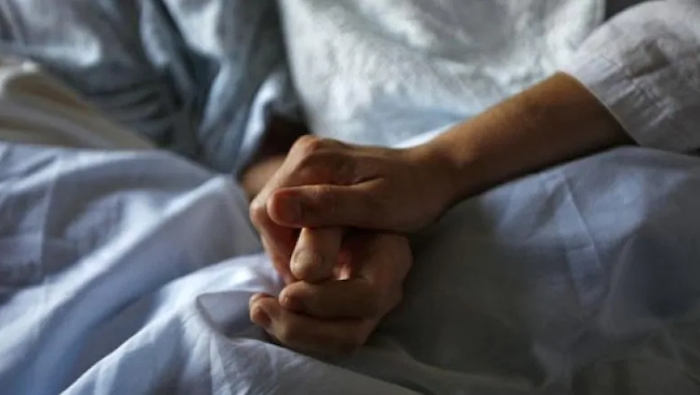 Researchers say they have identified eight specific physical signs that strongly indicate that someone with advanced cancer is entering the last days of life.

The investigators focused on telltale signs that a patient has, at most, just three days to live. The hope is that this information will help family members and other caregivers better handle an impending death, as well as be more prepared for choices that may have to be made during end-of-life care.

“I think the bottom line is that our study identified several classical signs that can be observed by the bedside by doctors, nurses and even family caregivers, which may help them to determine with confidence that the patient has entered the final days of life,” said study lead author Dr. David Hui. He is an assistant professor in the department of palliative care and rehabilitation medicine at the University of Texas MD Anderson Cancer Center in Houston.

He also said that “we believe these signs may apply to both cancer and even non-cancer patients, because these signs occur as part of the natural process of dying.”

Hui and his colleagues reported their findings in the Feb. 9 online edition of Cancer.

To compile their list, the researchers monitored physical changes that occurred just prior to death among more than 350 advanced-stage cancer patients. They were being treated at one of two cancer centers: one in the United States and one in Brazil. All of the patients were in an acute palliative (end-of-life) care unit.

Physical changes were noted twice daily, according to the study.

During the study time frame, more than half (57 percent) of the patients died. And in the end, the authors settled on eight indicators that seemed to most accurately predict imminent death.

Those included: an inability to close the eyelids; diminishing ability to react to visual stimulation; a reduced ability to react to sounds and words; facial drooping; non-reactive pupils; hyperextension of the neck (this causes the head to tilt further back when lying down); vocal cord grunting; and bleeding in the upper digestive tract.

“It is important to point out that only a small proportion of patients may have each of the signs before death,” said Hui, “although a majority would have at least one of the signs in the last three days of life. The presence of these signs strongly suggests that death will occur in the next three days. However, absence of these signs does not suggest that death will not occur.”

Some signs seemed to be more common than others, with some occurring among just 5 percent of the patients while others were seen among nearly 80 percent during the last three days of life, according to the study.

Hui also cautioned that there will always be exceptions to the rule, and his team’s list will not cover all situations. Exceptions, he said, would include cases of sudden death or when intensive care unit patients are breathing by means of mechanical ventilation.

Dr. R. Sean Morrison is director of the Lilian and Benjamin Hertzberg Palliative Care Institute at the Mount Sinai Icahn School of Medicine in New York City. He said that, while doctors are already very familiar with signs of impending death, the list could be very helpful for families struggling to come to grips with a disorienting set of circumstances.

“Within the palliative care community, this is very well understood,” Morrison noted. “And this is certainly not just about cancer. This would apply to anyone dying of heart disease, lung disease or even dementia, because the symptoms that are identified in this cancer population are almost universal for anyone approaching the end of life.

“But from a clinical perspective as physicians, I don’t think this list will prove terribly helpful,” he added. “Because what we’re talking about here is really people hours from death who really can’t respond or are not interactive or are essentially in a coma approaching death. So I would hope and expect that by this point a discussion of patient goals and family needs would have already taken place, long before, along with any decisions about blood tests and treatments.”

Still, Morrison said the list could be “helpful for the family, and for helping us guide families. Because one of the things that families wrestle with is how long do I have with my loved one? And we’re not always that good at predicting that. So this may help give families a time frame for knowing how long the vigil is going to be.”