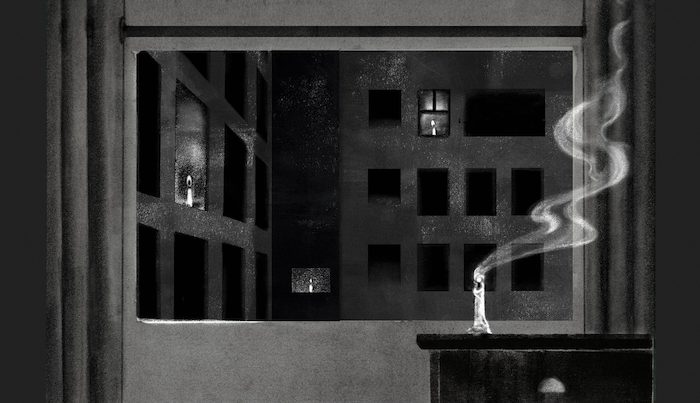 As the nation mourns more than 500,000 lives lost a year into the coronavirus pandemic, another pandemic wave is building — of grief. It poses a potential public health crisis of its own.

For the past century, Americans’ response to grief has been to minimize its impact and suppress the emotional pain. We treat grieving as an individual affair, with mourners responsible for “getting over” their losses, mostly in private. Social isolation during the pandemic has made grieving even more solitary.

But grief wasn’t always treated this way. For centuries, communities came together to mourn the passing of an individual as a loss to the polity. Victorian mourning practices were extravagant social affairs involving rituals that the bereaved and fellow citizens followed for months, sometimes years, after a death.

Then came the one-two punch of World War I and the 1918 influenza pandemic. With so many deaths occurring so fast, mourning rituals became prohibitively expensive and social mourning was effectively impossible to maintain. Like today, large public gatherings were prohibited and quarantines enforced. Funerals shrank in size, mourning periods contracted and families were left to grieve in isolation. By the 1920s, grief in America had largely gone underground.

A century later, grief is again a widespread issue. With each covid-19 death affecting an estimated nine survivors, more than 4.5 million Americans are grieving loved ones lost to the virus. Beyond deaths to other causes, there were additional U.S. fatalities last year: gatherings with family and friends, classroom learning, millions of jobs that won’t return. Collectively, we lost a way of life in 2020.

Yet there has been no sustained outpouring of public support for mourners, as happened after the devastation of 9/11. Instead of a broad acknowledgment of mass distress, our nation has been mute with grief. Pandemic skepticism has also disparaged the losses some have experienced.

This is a precarious state for a nation. Grief is cyclical, especially around anniversary dates. Even under optimal conditions, many mourners experience a dip in functioning at the one-year mark. We should expect this to happen, starting this month, with the one-year anniversaries of the first wave of pandemic deaths and lockdowns. One year isn’t far on the long arc of adjustment, but it’s well beyond the point that most people expect visible evidence of mourning to last. Collectively failing to grant each other permission to express distress beyond the first weeks after a loss can have profound health consequences.

In children and teens, unaddressed grief can manifest as trouble sleeping, depression, anxiety, behavior issues and lower self-esteem, a 2015 study found. Research from 2018 found it leads to aggression and academic or work struggles. In adults, unaddressed grief can manifest as depression, anger, anxiety, and substance use and abuse. Medical research has linked unaddressed and suppressed emotions to a host of physical ailments later in life, including hypertension and autoimmune disorders.

President Biden’s remarks on Monday, acknowledging not just the lives lost but also the loved ones mourning, are a good start. In addition to promoting professional help, there are steps that we citizens can take to address this siloed bereavement and help head off a looming public health crisis.

We can start by viewing grief support as part of our essential social contract. Those who are grieving need acknowledgment and understanding from family and friends. This starts with taking their losses seriously and accepting their reactions. Listening to their stories of a loved one’s life and death with compassion, instead of judgment, is key; so is confirming the coronavirus’s threat to human health if their loved one died of covid.

As in 1918, public health restrictions have affected the rituals people typically rely on for comfort and support. Funerals have again become stripped-down facsimiles, with some long-standing ethnic and religious traditions abbreviated or abandoned. Some families have postponed memorial services — and their own expressions of grief — in favor of planning to hold shows of respect when groups can again gather safely.

Today’s mourners should be helped to hold on to whatever rituals remain, even if that means attending a memorial service two years after a death. Rituals allow people to draw on the comforts of the past while projecting a loved one’s influence forward.

New rituals can be developed, too. Even repetitive, everyday acts such as drinking morning coffee from a mother’s favorite mug or touching a loved one’s framed photo when passing by can bring comfort if performed with intention. Folding the memory or values of a lost loved one into new traditions is a way to continue honoring the lives they lived.

Finally, participating in public acknowledgements of those who have died provides a larger meaning and context for the half-million deaths that otherwise risk being minimized or, worse, forgotten.

Everyone eventually loses someone dear, some of us sooner rather than later. Mourners’ unexpressed distress can manifest in them physically and in their interactions with others — in how they work, raise children and create policy. Validating and supporting the bereaved at the time of loss is not just the compassionate thing to do — it’s a necessary investment in the collective good.