Perhaps you have said, or heard someone declare, “I want DNR tattooed across my chest!”

Well, someone actually had it done. See this image in JGIM of the tattoo and the unusual story behind it. In this case, the DNR tattoo was the result of a lost bet in a drinking game – bad idea jeans – the patient actually wanted to be full code! 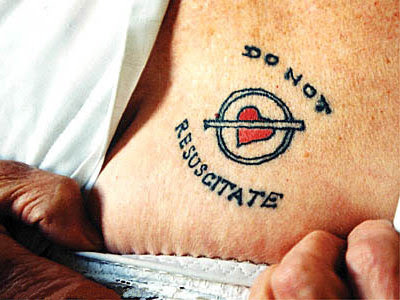 In an accompanying editorial, Bernie Lo and I describe the problem with actually tattooing DNR across your chest. As we say, the idea is intuitively appealing, but flawed as policy.

This could be used a teaching image about respecting individuals’ rights to avoid resuscitation. The idea is to provoke a thoughtful discussion. Questions for trainees could include:

Feel free to share your teaching experiences in the comments. I think the geriatrics and palliative care communities really appreciated the discussion about how to use this video from a previous post as a teaching tool. 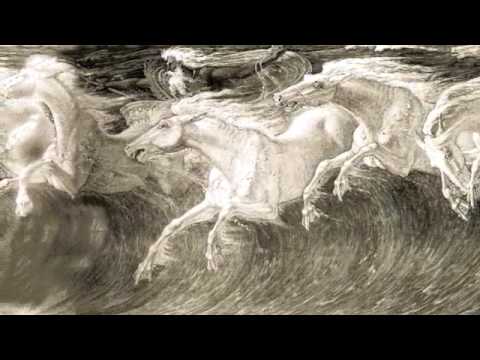 Six years ago, after celebrating my 50th birthday, I chose to begin an annual ritual of having my prostate-specific antigen (PSA) level checked. I have been a practicing academic oncologist with a clinical practice that is devoted exclusively to prostate cancer for 25 years. I also have a PhD in health policy. My dissertation found that older men who are diagnosed as having prostate cancer are less likely to have complete staging evaluations and are also less likely to undergo a prostatectomy or radiation therapy as treatment. 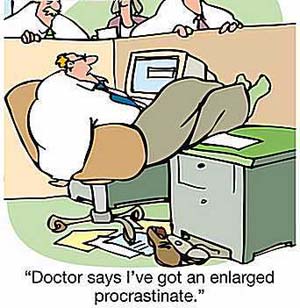 At that time, my PSA level was 1.5 ng/mL (to convert to micrograms per liter, multiply by 1.0), raising some concern. One year later, I had my PSA level checked again; it was 2.5 ng/mL. I met with a urologist, a faculty colleague with whom I had collaborated on research, and requested a biopsy, which was performed 6 weeks later. I was anxious: did I have cancer? If so, what was my Gleason grade? How much tumor? I had treated hundreds of patients with prostate cancer and had seen thousands of prostate biopsy specimens, but now this was my biopsy. Two days later, I called the pathologist, another faculty colleague, anxious to hear the results. The slides had just finished processing. Would I want to look at the slides myself? I ran downstairs, sat at the microscope table with my friend, and together we were the first to see the cancer. Gleason 3 + 3 in 1 of 12 biopsy specimens, 5% of the gland, and no evidence of lymphatic, seminal vesicle, or extraprostatic involvement.

Now, what do I do? I had counseled hundreds of men with similar biopsy results. Most of the men my age had opted for surgery, a small number opted for radiation therapy, and a smaller number chose active surveillance. I chose to be an informed patient and got an opinion from leading medical, surgical, and radiation oncologists throughout the country. In the end, I decided to undergo a radical prostatectomy. My selected urologist was a national leader. I came away from a discussion with him believing that a prostatectomy, performed by him on a healthy person like me, would have an extremely low risk of sexual, bladder, or bowel dysfunction and 100% 20-year prostate cancer–specific survival. I chose surgery, viewing the risks as small and the benefits as great.

Fast forward 5 years: cancer free. However, as a result of the surgery, my right arm and right leg are permanently weak, with this deficit appearing immediately after surgery. The reasons for this outcome are unclear. My PSA level remains 0, but my daily 5-mile jog is no longer possible.

Where am I now on the PSA dilemma in light of the recent US Preventive Services Task Force recommendations? It is clear that prostatectomy results in a very high chance of 20-year prostate cancer–specific survival, but even when the procedure is performed by an expert urologist, it can also result in significant rates of sexual, bladder, and bowel dysfunction and other less common adverse effects, such as my weakness. Active surveillance with longitudinal PSA tests and physical examination is associated with very low rates of bowel, bladder, and sexual dysfunction and has a high probability of correctly identifying when to move from surveillance to treatment. If I could do it all over again, I would not undergo the surgery; instead, I would opt for active surveillance. Even the most informed patient (me in this case) has difficulty making a truly informed decision. 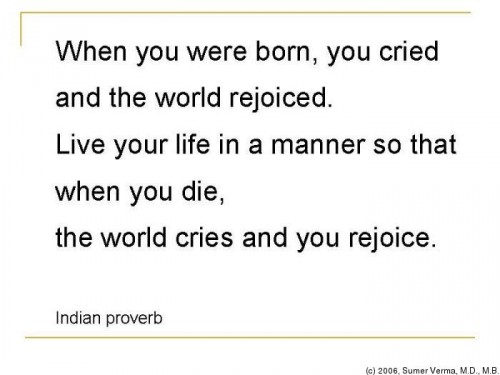 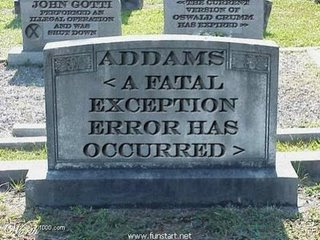 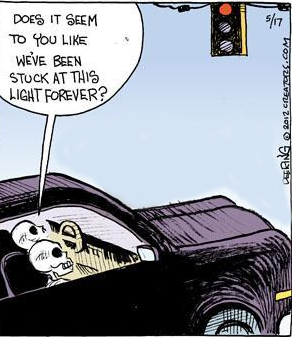