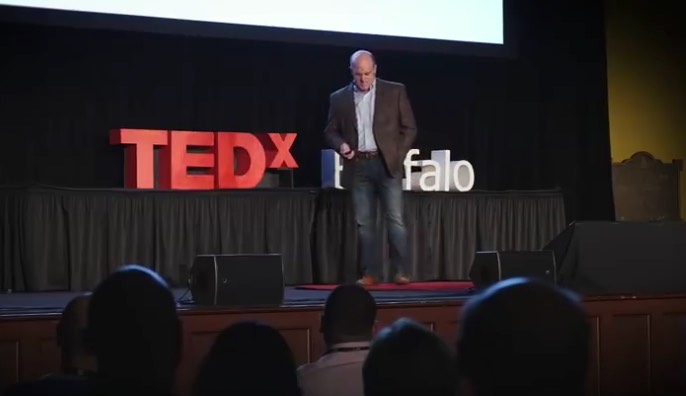 When Dr. Christopher Kerr was a young physician, he visited a patient he calls Tom, who was very ill. Outside the room, Kerr told a nurse they could try antibiotics — that Tom had more time.

“Nope, he’s dying,” the nurse replied, without even looking up.

How did she know? Kerr asked.

“Because he’s seen his deceased mother,” the nurse said.

He then led a research team from the Palliative Care Institute in Cheektowaga, N.Y. in a long-term study on dreams and visions in the dying. Based on extensive interviews with people who were dying, they examined what their dreams and visions consisted of, whether they perceived them as positive or negative and whether the dreams might serve as a predictor of when death would come.

In October 2015, after the results were published, Kerr gave a TEDx Talk about this for an audience at  Asbury Hall at Babeville, in downtown Buffalo.