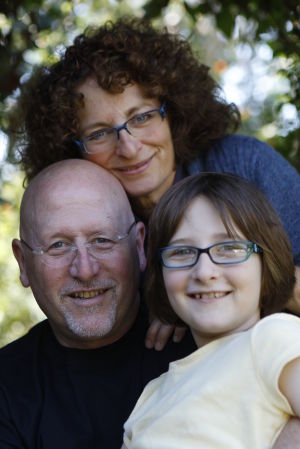 There’s one word most doctors hate to say: dying.

Many of them will go to great lengths — even subterfuge — to avoid it.

Sure, nobody likes to deliver bad news. But shouldn’t physicians have mastered that?

In a recent study of doctors whose patients were dying, only 11 percent said they personally spoke with their patients about the possibility of death.

My husband, Mark, who died at 58, had an inoperable brain tumor. Yet at no time did any doctor look him in the eye and tell him he was going to die. They did tell him, at least initially, he could probably live another five years.

Eventually, doctors spouted euphemisms that even I, a former medical reporter, couldn’t decipher. Or they hinted, saying, “Treatment isn’t going our way,” without ruling out the possibility it might go “our way.” Finally, toward the end, doctors said, “Soon consider hospice.”

When a doctor actually told me my husband was dying, I asked her to tell Mark, thinking he might have questions I would be unable to answer. She scuttled off to his hospital bedside and returned so quickly I knew no conversation had taken place. He was sleeping, she said.

Instead, I told Mark.

I learned my husband was “failing to thrive” when I was asked to attend a meeting in a conference room at the University of California, Los Angeles’ intensive care unit with five doctors. I had briefly met one doctor. I didn’t know the others. The topic of the meeting, I was informed, was the treatment plan for Mark.

Weeks earlier, Mark had been diagnosed with the tumor, which could be treated with radiation and chemotherapy. Back then, the talk was about winning more time for Mark.

At the conference room meeting, no one actually used the word “dying.” They said they could no longer help him. One doctor advised hospice. I felt like the air had been knocked out of my lungs. No one had hinted previously that my husband’s situation was so dire. Instead, we had been told about people who managed to live years with a brain tumor.

I had seen Mark’s UCLA oncologist just two days earlier. He had been optimistic, offering several treatment suggestions, cheerily informing me he was heading off on vacation and would see us on his return.

I called our family doctor.

“Your oncologist has not leveled with you,” she said.

Those are words no one should have to hear.

I understand it’s not easy to tell someone he’s dying. When I told my husband, he said:

“That was not the deal.”

He was not ready to die. Before his diagnosis, my husband had regular physicals showing he was healthy. He ran his own public relations business and delighted in his four children.

What happened, we wondered. Why didn’t we know Mark was dying until white-coated strangers sitting in a conference room told me? Was it our obstinate desire to cling to every shred of hope in spite of evidence to the contrary?

I don’t think so.

In recent decades, technology has advanced so significantly that the art of diagnosis has changed. Doctors no longer count on in-depth conversations with patients eliciting intimate details about symptoms. Instead, they consult a battery of test results and scans.

And electronic medical records have meant that doctors are often typing their notes as they talk with patients. “The technology has become incredibly complicated,” said one oncologist. “Intangible things get lost, like talking to patients.”

The crunch between technology and communication is most apparent at the end of life. It is reflected, in part, by how we train doctors. In four years of medical school, the average amount of instruction on death and dying is 17 hours.

In 2013, only three of 49 accredited schools of public health offered a course on end-of-life care. Students do not learn more about dying, one report says, because death is a medical failure.

In effect, we have created a medical system that treats death as a separate event having nothing to do with life.

In my husband’s case, we resigned ourselves to death. Unlike our doctors, we talked and talked about it. On my daughter’s first day of fifth grade, my husband entered hospice.

I began reading to Mark about death, mostly essays and poetry. We speculated about dying, what it would be like.

Initially, we thought hospice staff could give guidance. But when my husband rolled his eyes at one social worker, I realized we would tackle this as we had much else in our marriage: winging it and together.

In my husband’s final weeks of life, he wanted a hamburger and fries every day. He spoke less and less. Yet he was still the wordsmith. When I bumbled at pronouncing the word “schadenfreude” (glee at another’s misfortune), he raised one eyebrow and corrected me.

One afternoon, he ate only a bite of his burger, then asked me whether it was possible to have hamburger juice. I began breaking his pills into smaller pieces.

The next morning, I found my husband smiling at the ceiling and asked what he was smiling at. “Death,” he said. I found it oddly comforting.

Zamichow is a Los Angeles journalist and former Los Angeles Times staff writer who wrote this for the newspaper.
Complete Article HERE!