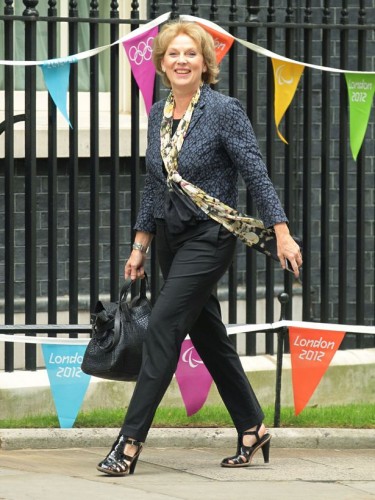 Last night, her comments were ­welcomed by independent MSP Margo MacDonald, who has fought to have assisted suicide legalised in Scotland.

MacDonald said: “These comments are very welcome. They are more realistic and in tune with public opinion than what we have heard from politicians in all parties, with one or two laudable exceptions.

“I am absolutely delighted that the wind is blowing that way.”

The Lothian MSP, who has Parkinson’s disease, has attempted to change the
law in Scotland with her End of Life ­Assistance Bill.

The bill was rejected by MSPs last year but she has vowed to reintroduce it.

She said: “I think this will help MSPs, particularly the newer ones, feel freer about supporting it and we will have a greater chance of success this time.”

Soubry called for greater “honesty” about when prosecutions would be brought for helping relatives to die.

She said: “You can’t say to a doctor or a nurse, ‘You can kill this person’.”

Soubry added: “I think it’s ridiculous and appalling that people have to go abroad to end their life instead of being able to end their life at home. The rules we have about who we don’t prosecute allow things to happen but there’s a good ­argument that we should be a bit more honest about it.”

Her comments came after locked-in syndrome sufferer Tony Nicklinson died a week after he lost his legal bid to end his life with a doctor’s help.

She said: “We’re pleased that she has come forward and said this. It does open the debate even more, having an MP who’s willing to stick her neck out and actually support assisted suicide.”

But anti-euthanasia group SPUC ­Pro-Life general secretary Paul Tully said: “The goodwill among the public towards people with disabilities has never been higher than at the Paralympic Games.

“Suddenly they are faced with the ­prospect that if they struggle with suicidal feelings, they will be given help to die instead of care and support.”