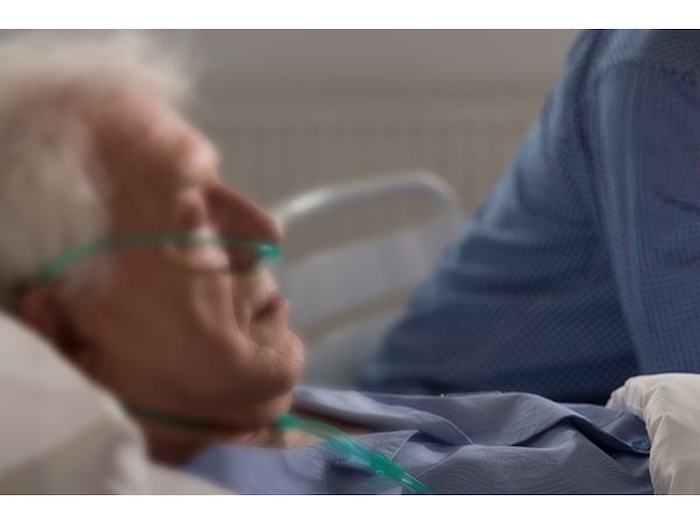 I grew up in the 1950s and ’60s in a mostly blue-collar community in Newark, New Jersey. My father, Seymour, was a fiercely hardworking guy who wanted to be successful. For him, work wasn’t about “finding his bliss,” it was about being a responsible husband and father. His dad had skipped out on him, his siblings and mother for almost 10 years during the Depression. In contrast, my dad was a reliable family man and wanted our family to live the American dream.

Ultimately, Dad rose from selling clothing and home furnishings out of the back of his truck to owning and operating a successful chain of women’s clothing stores. In their mid-60s, my folks retired and relocated to Florida.

Throughout my life, Dad and I had a loving but feisty relationship. He was very opinionated (I guess I am, too) and was skeptical of many of my lifestyle and career moves—from moving to California, from studying physics to the field of psychology and then to gerontology. But he had great love for my family and he eventually developed a deep respect for what I made of myself.

In the 1990s, my father started to lose his vision and with it, control over much of his life. Sadly, Alzheimer’s was also chiseling away at my mother’s mind. Dad loved Mom so much that he railed against the dissolution of her memory and her mind. He got depressed and angry.

“If I die before Mom, she’ll struggle terribly, and if she dies before me, I’ll go crazy. Just as we’ve lived together, we want to die together,” he said. That was quite a lot for me to digest.

One night, he asked me, “If I take my own life and Mom’s, would that be brave or cowardly?”

So, for almost a year, every night I’d go to sleep not knowing if my parents would be alive in the morning.

In 2013, my brother Alan called me in a state of distress to report that our dad’s blood sugar was going haywire. And to make things worse, he’d lost his balance and fallen on his face, giving himself a big gash on his forehead. Alan was already on his way to Florida. I packed my bags and headed east.

Dad’s doctor admitted him to intensive care. He had internal bleeding and had suffered a heart attack. When he realized that his boys were there for him, he called out to us: “What’s going on? Get me out of here!”

Dad settled down a bit, and Alan and I went to see our mom. Later that night, the phone rang. It was Dad pleading with us to rescue him.

We shot back to the hospital and went into our anguished father’s room. His arms, chest, face and hair were covered with blood because he kept pulling out his IV lines. In the morning, after a torturous night for both my dad and brother, and a sad night for me and for my confused mother, I returned to the hospital. Alan and I asked: “Dad, what do you want?”

“I’m scared,” he said, “but I know this: I’ve lived my whole life on my own two feet, and I’m not going out on my hands and knees. Please help me bring this to an end.”

Shortly after, Alan and I met with Dad’s physician. He was a kind and decent man who asked us if we wanted our dad to remain in intensive care or if we preferred to shift him to hospice car
Were we going to battle to keep Dad alive for a few more days, albeit in a ghastly, ghoulish fashion? Or were we prepared to make him comfortable and allow him to die a good death?

What would he want us to do?

We had Dad transferred to the hospice floor, where the nurses and aides removed all the wires and tubes, lovingly sponged all of the blood off him and even gave him a shave and combed his hair. They asked him what his favorite music was and then put on Frank Sinatra.

Next, they began a low dose of morphine to ease his anxiety. My wife and kids all dropped what they were doing to fly to Florida and be with him.

As I contemplated the end of my father’s life, I reflected that even though we had often butted heads, there was not one instance in my entire life when he wasn’t there for me when I truly needed him.

I wanted to show Dad proper respect and kindness, but not knowing how I should handle the situation with my dad nearing his death, I called one of my closest friends, Stuart Pellman, who had already dealt with the death of both of his parents.

And that’s what I did.

Dad and I held each other for a long while, and then I left the room and allowed my brother some privacy to do the same.

Later that night, after the other members of my family had gone home, I joined my dad for a very intense and private conversation.

I said, “Dad, you’ve never asked me what I think happens when a person dies.”

“I’d like to know what you think about that, Kenny,” he responded. “Because I’ve begun to see my brothers and sister and they’re reaching out to me.”

My dad had no religious beliefs, but I had some. So I said, “Dad, I don’t know this for sure, but I believe when a person passes, there is another plane that presents itself. In that place are all the people you have known and loved.”

As I began to describe this, he started to cry. Then he turned toward me and told me he was ready.

I asked him if I could record the rest of our exchange on my phone so I could always have it to watch when I missed him. He said okay, and this is what transpired:

Ken: “And you know we all love you, and you’ve always loved us.”

Ken: “So, what you’ll need to do is let go and not worry about anything because everything is going to be looked after. All we need is for you to be relaxed and calm and just drift off into the white light. Can you do that, Dad?”

My father died peacefully that night. With help from all of us, he went out on his own two feet.

Ultimately, even with all his frustration and anger, my dad died a good death. At the end, his pain was minimal. His mind was calm. He found a way to think about leaving his body as not being frightening. And although he had been blind for years, at the very end, he began to describe beautiful waterfalls, flowers, birds and castles.

When my time comes, I hope that my wife Maddy will kiss me goodbye and at least one of my kids—maybe even both—will be there to lovingly guide me out of my body.