It’s not always easy to make that happen. 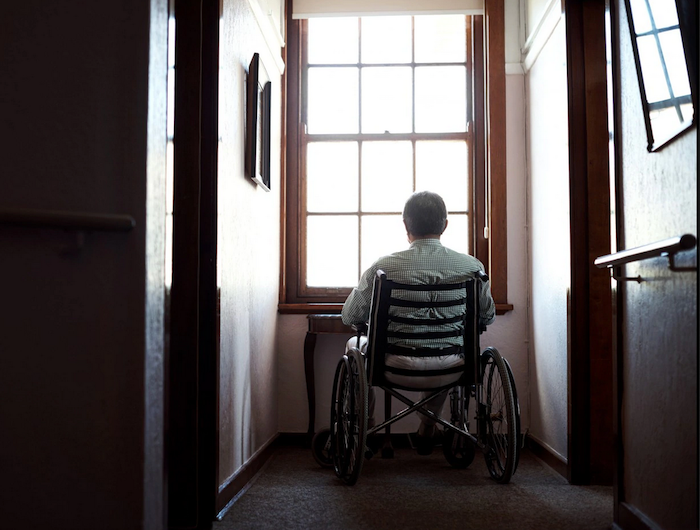 Roger Kellison had Parkinson’s disease that was quickly progressing. He was a private man who eventually moved into his daughter’s house when he was unable to take care of himself.

Roger Kellison was part of a striking trend: For the first time since the early part of the 20th century, more Americans are dying at home than in the hospital or a nursing home. This finding, included in a recent study by me and co-author Sarah Cross, is encouraging because the vast majority of Americans say they prefer to die at home. So this reflects that many more people are being able to achieve that goal.

But as more people die at home, it also means that much more responsibility falls on the shoulders of patients and their caregivers. Caregiver burden is a growing problem in America. As a doctor tending patients with heart failure, I am keenly aware of how hard managing care can be for both patients and family members.

Taking care of an ailing loved one can be exhausting physically and emotionally, and frequently caregivers lose sight of themselves. My study co-author used to work as a social worker and has seen many families struggle with managing a loved one at home. “Caregivers need to prioritize their own care,” she told me. “It isn’t selfish to take breaks, make time with friends, ask for help, look into respite options.”

After Kellison moved in with his daughter, he stayed mostly in the upstairs guest room, and for the last five months rarely, if ever, came downstairs. That physical separation was important for everyone.

“It was helpful that we delineated the house and our lives. We still went out and we still had people over,” Daniel Wallace said. “Sometimes he was part of that and sometimes he wasn’t.”

Making shared living space work is just one issue. If dying at home is important to someone, that person and their caregivers should think about — and prepare for in advance, if possible — other factors:

Perhaps most importantly, the person nearing the end needs to make clear that they want to die at home. Family, friends and medical teams need to know that. Physicians and nurses will frequently ask patients how they would like their end to be, particularly what types of intensive treatments they might or might not want. They rarely ask people where they would like to die, however.

Once at home, there are certain physical considerations worth noting: Many people have strong feelings about where in the house they would like to spend their last days — in a dark, quiet room, or looking out a window, or away from too much hubbub. Nearness to a bathroom is key. Sometimes, light remodeling, such as installing handrails in bathrooms or ramps, is helpful.

A person at the end of life will probably have feelings about who they want to spend time with — or who they don’t want — so it is important to discuss in advance who will provide caregiving, along with who might provide occasional backup for regular caregivers.

There are often community resources available as well, such as end-of-life doulas trained to care for the physical, emotional and spiritual needs of a dying person. Adaire Petrichor is one such doula. She said she “helps with rituals, ceremonies, legacy work and advice on nonmedical comfort care.”

Online resources are available through such organizations as Compassion & Choices. The Conversation Project can provide guidance for patients and their loved ones about what to expect in the final days.

Perhaps the most critical resource available for those wanting to die at home is hospice care. Hospice is covered by Medicare (and most other insurance) for patients with an expected life expectancy of less than six months. It is designed to help caregivers take care of a dying loved one at home with 24-hour call-in numbers to answer urgent questions, visits from hospice nurses, social workers and other staff. But home hospice does not provide full hands-on service, and caregivers still carry the bulk of the responsibility. While in many cases the care of the patient can be tougher than loved ones expect, most people find hospice guidance and support invaluable.

Wallace said hospice was key for taking care of his wife’s father after he moved in with them to die.

While the vast majority of hospice services are delivered at home, hospice care can also be provided in nursing facilities for dying patients who require more intensive medical care or don’t have other social supports.

Hospice is the primary reason more Americans are able to die at home today. Yet, only half of Americans who die receive hospice help. One reason may be that some people don’t ask for it because they think it is sending a depressing message to their ailing loved one or admitting what they may not want to acknowledge — that the person is in their last days.

“The obvious misconception is that it’s a death sentence,” Wallace said. But “it really is a quality-of-life sentence.”

Outside remote regions, most areas have multiple hospice agencies from which to choose.

Agencies can differ in how often nurses visit, what they might offer in crises and what equipment they provide, including hospital bed, oxygen tanks, wheelchairs. It is worth having a discussion about the support they’ll provide and other options before committing to a particular hospice provider.

With advances in public health, medicine and longevity, people now live longer with disabilities. Death is not just the terminal event in our mortal lives, but the final word of a story that can often take years to unfold.

Intermixed with periods of relative stability can be moments of terror as someone hits their final days. Physicians and other health-care providers need to prepare patients and families for these health shocks, such as worsening breathing for a patient with heart or lung disease or a pain crisis for someone with cancer.

Calling 911 when an end-of-life crisis hits initiates a cascade that can often lead to the hospital. This might be necessary if a patient has symptoms that caregivers at home feel unable to manage. For that reason, Cross said, “I recommend not making promises to a loved one such as ‘I promise I’ll always take care of you at home.’ When it becomes too much to manage at home, I’ve seen many caregivers racked with guilt for having ‘broken a promise.’ ”

One morning, a year after his father-in-law had moved in, Wallace went upstairs to check on him and unexpectedly found he had died.

“He did not present himself as dying when it happened,” he said. “We weren’t on death watch or anything like that.”

Some caregivers I have talked to feel uncomfortable with the idea of their loved one dying at home. Even though death has occurred at home for eons, the 20th century interrupted that historical legacy, and for many, it is a novel concept.

But for many, fulfilling a loved one’s wish to die at home provides a fitting and natural end to the story of that person’s life.

When I asked Wallace whether he viewed his house differently after his father-in-law died in it, he said: “It deepens my experience of being alive, to be in a house where someone has died. It’s a remarkable thing.”