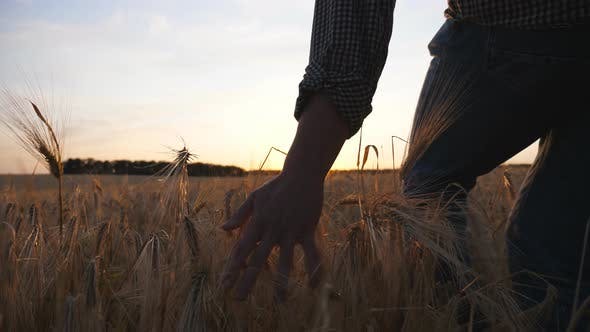 Staring into the face of an undead ghost in a green tweed jacket and flat-cap over toast and cornflakes is unnerving at the best of times; and traumatic at the worst. Especially when that ghost is your father. And the cornflakes have gone soggy.

But unlike gothic novels or films where ghosts happily offer themselves up as symbols of repressed memories, traces of crimes against innocents, and (usually) murderous pasts, this ghost has never crossed over into the realm of the metaphorical. Inconveniently, it decides to remain very, very human. Actually, that depends on your definition of human.

Even more inconvenient is the fact that this ghost refuses to follow the script and disintegrate with the morning light. Instead, it prefers to haunt the modern comforts of an electric armchair; swapping dreary castles for daytime television and crumbling dungeons for motorised beds.

And that’s just the start of my day living with a living ghost. Or Alzheimer’s as it’s otherwise known. Or, more correctly, my father’s Alzheimer’s.

Living with Alzheimer’s, both as a carer and sufferer, is a growing phenomenon in the UK. Often confused with dementia, Alzheimer’s refers to a physical disease which affects the brain while dementia is simply a term for a number of symptoms associated with the progressive decline of brain function. These symptoms can include memory loss, difficulty with thinking and problem solving, and challenges with language and perception. There are over 400 types of dementia—with Alzheimer’s and vascular dementia as the most common forms. According to the Alzheimer’s Society of the UK, dementia is now the leading cause of death in the UK with someone developing it every three minutes. Alzheimer’s is classified as a “life-limiting” illness according to the NHS, but sufferers can live for many years after the initial diagnosis, depending on the progression of the disease. Divided into three stages, early, middle, and late, the symptoms of Alzheimer’s gradually become more severe as the disease progresses and more parts of the brain are affected.

In the early stages, having Alzheimer’s as a companion wasn’t too unpleasant; the emptiness hadn’t fully taken over and I had more human than spectre to talk to. I could still pretend to have a normal(ish) life with only the minor inconvenience of a (mostly) present parent, despite the occasional wandering through doors unexpectedly and lunatic outbursts. The human part kept his smiling eyes, watching the world orbit around the sweat-stained tea-pot and apple tart. But the Alzheimer’s relentless erasure of my father left a morbid spectre sitting in his chair at the kitchen table.

In the middle stages, my father’s personality and identity dropped away like discarded clothes. His manner of speech was the first to surrender to the disease. Forgetting words rapidly metamorphosised into hours of repetitive questioning, as if seeking to ground himself in concrete knowledge of the now while his fingers grabbed vainly at a slipping sense of reality. The final stages of the disease witnessed his childish cries for help without knowing what or who he wanted.

“Gone childish” is an archaic term that was once used to describe dementia and Alzheimer’s sufferers before these diseases were better understood. Capturing the vulnerability these diseases inflict on their sufferers, the phrase sums up the centrality of memory to the human experience. If our identities are formed by our experiences, and these experiences are stored in our memories, shaping who we are and how we make decisions, what can we do when we have no memory? Without a roadmap of precedence, how can you plan for the future or know yourself without knowing how you got to where you are now? Like children, Alzheimer’s sufferers lose a sense of the past and futurity. They become transfixed in the present like ghosts trapped in limbo.

The last stages of my father’s disease cemented his role in the family home as the new phantasm. Like a well-behaved, conventional ghost he punctuated our nights with night-walking, ghoulish shrieks, hallucinations, and knocking on doors at all hours while the day-time witnessed empty eyes peering out from behind the safety of a purple blanket. Innocent of blame, our ghost blocked our escape from the house. For fear of hurting himself, we couldn’t leave him alone but grew resentful for being held hostage by a madman with no memory or awareness of his own actions.

After being stripped of memory and identity, my father’s Alzheimer’s left a shell of body; a ghastly reminder of the person that had once inhabited it. Bereft of the markers of humanity, this animated mannequin asked, “What makes up a human? Is it the mind? Or the body? And what happens when you take one from the other?”

Researchers have identified the cause of Alzheimer’s as the build-up of abnormal structures in the brain called ‘plaques’ or ‘tangles’. These structures cause damage to brain cells and can block neuro-transmitters, preventing cells from communicating with each other. Over time, parts of the brain begin to shrink with the memory areas most commonly affected first. Why these build-ups occur or what triggers them is not yet understood, but researchers now know that it begins many years before symptoms appear.

Ancient Roman and Greek philosophers associated the symptoms dementia with the ageing process. However, it was not until 1901 when the German psychiatrist, Alois Alzheimer, identified the first case of the disease. Medical researchers during the twentieth century began to realise that the symptoms of dementia and Alzheimer’s were not a normal part of ageing and quickly adopted the name of Alzheimer’s disease to describe the pattern of symptoms relating to this type of neurological degeneration.

No physical markers like the puckered lines of surgery scars or the uneven hobble of a game leg signposted my father’s declining health. But the slow creep of this living death brought on grief long before his body was expected to fail. Without the essence of the person, all of their quirks and curiosities, which once animated a familiar body, how do you grieve for someone’s loss before they have died? And how do you cope with the guilt?

This type of grief is usually referred to as anticipatory grief. It is a type of grief that is experienced prior to death or a significant loss. Typically, it occurs when a loved one is diagnosed with a terminal or life-threatening illness, but it can also happen in the face of a personal diagnosis. However, it can often trigger feelings of guilt because people feel ashamed for grieving their loved one’s death before they are dead.

With my father’s memory gone, my connection with him was broken. During the later stages of the disease he forgot my name and my existence. Fading from my life, his body remained as a perverse mockery of the person that had once inhabited it. Now all that haunts me are the memories of peering over barley stalks before the autumn harvests at a grizzled old farmer in a flat cap and tweed jacket, a hand reaching out to help guide the walk home.