This second of a three-part series examines living while dying: How to improve the quality of life until the last breath. First part HERE.

Gerald “Jerry” Dill lay face down and semi-conscious on the operating table as the doctors drilled into his spine.

When cancer spreads to the vertebra, the bones become fragile and can collapse. Nerve roots coming out of the spine get pinched, causing serious pain. For Mr. Dill, the pain came in sudden and furious bursts. Pain that would hit “like a linebacker,” the 67-year-old says. Pain that shouted, “Here I am!”

In December, surgeons drilled into his crumbling vertebrae. Next they inserted a small balloon, re-expanded it and then injected bone cement into the bone, to keep it from collapsing again.

The relief, he says, was almost instantaneous. “I literally got up from the table and walked.”

In 2012, Mr. Dill began experiencing tightness in his chest. He thought he was having a heart attack. The diagnosis was terrifying and grim: stage four prostate cancer that had already spread to the bones. 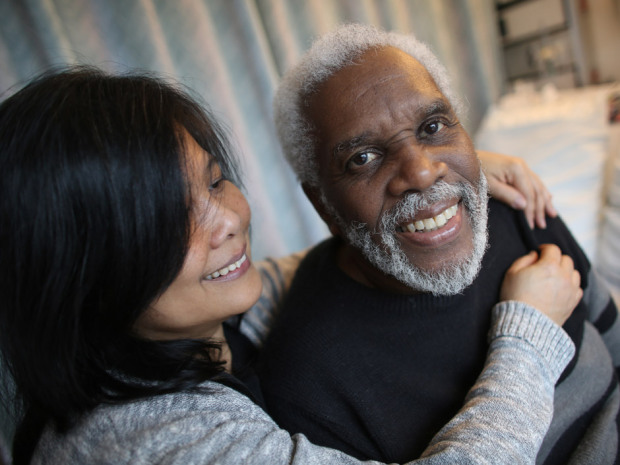 Mr. Dill started a new round of chemotherapy Monday. He is also receiving palliative care, including pain control and psychosocial and spiritual support to deal with “my psychological and mental attitude towards things.”

“I’m dealing with it well, I’m a fighter,” he says. “But I’m learning not to get too far ahead of myself.” He worries about his teenage daughters, “my joy.”

“My kids are very well aware that this is a life-threatening disease and they spend time with me, they talk with me,” he says.

“They know that I can be out of here at any time,” says Mr. Dill, a man of strong faith. “I’m at God’s calling right now.”

For years, the philosophy was that patients with terminal illnesses received “active” treatment up until the very end, and only then were they offered palliation, or “comfort” care, in the final hours or days of life.

The push now is to provide palliative care sooner and include it with usual medical care.

The goal is to live well until dying, not hasten or postpone death.

More than 250,000 Canadians will die this year. The vast majority will not receive access to high-quality palliative care in their home, hospital, or long-term care facility, because end-of-life care is being virtually ignored in discussions around health reform, even with a rapidly growing aging population.

Watching a loved one die a bad death “turns the promise of a peaceful exit from this life into a lie,” Harvey Max Chochinov, director of the Manitoba Palliative Care Research Unit at CancerCare Manitoba, wrote in a recent commentary in HealthCarePapers.

“For all too many Canadians, that is the lingering memory they carry of their loved one’s death.”

Groups such as the College of Family Physicians Canada say that, as a matter of social justice, all Canadians should have access to quality, end-of-life care.

Demand for residential hospices, most of which rely heavily on charitable donations, is so great people are dying on gurneys in emergency rooms.

Exhausted and emotionally drained caregivers often struggle to get the support they need to care for loved ones at home. Dying patients are languishing on hospital wards, simply because there is nowhere else to send them.

“In Canada right now if you’re at the end of your life and you haven’t been referred to a hospital-based palliative care program or a residential hospice, you are going to end up in hospital. It’s inevitable,” says Sharon Baxter, executive director of the Ottawa-based Canadian Hospice Palliative Care Association.

‘[My children] know that I can be out of here at any time. I’m at God’s calling right now’

Before any change in law regarding euthanasia, the organization says every jurisdiction in the country should move swiftly to improve access to end-of-life care, including hospice care. 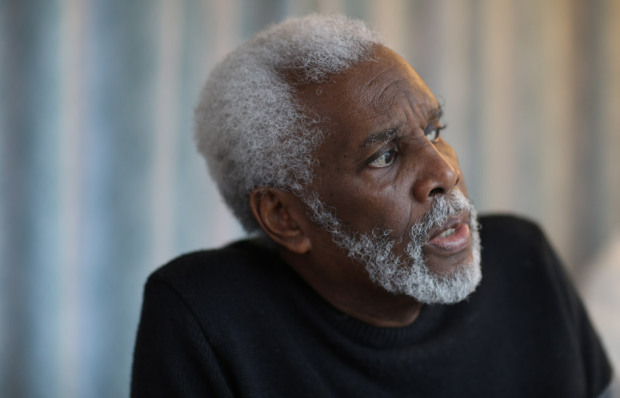 The goal of hospice care is to determine what’s important, and what is meaningful, when patients know that no heroic intervention is going to take away their disease.

“We’ve had football parties here, we’ve had baby showers.” Some patients arrive at the hospice, the former chapel of St. John the Divine, in their finest outfits — full makeup and wig, or their hair done up. “They’re just trying their very best to be as dignified and normal as possible,” Ms. Emmerson says. The hospice has cared for prominent doctors and the homeless, for patients in their 20s to centenarians.

“There are a lot of questions about, what’s going to happen next? Where am I going next? Is there a God? Is there reincarnation?’” Ms. Emmerson says. “We don’t have those answers, but we can certainly sit and listen.”

They call it sitting with suffering — “creating this presence so that you know that you’re not totally alone in this journey that you are having.”

Elizabeth (Lynn) Douglas was moved to Kensington in March 2013. She was a vice-president at the Princess Margaret Cancer Foundation, a role she took on after a long and successful private-sector career. The day after she was admitted, the resident doctor went to her room and introduced himself. “We chit-chatted for a minute, and then Lynn turned to him and said, “So, how is this going to go?” her husband, Cameron, remembers. She applied the same attitude towards her diagnosis as she did to her career and life. “She was incredibly pragmatic about things.”

Ms. Douglas was first diagnosed with breast cancer in January 2010. She had chemotherapy and radiation but then the odds gradually started to build against her, and when it was gently suggested she and Cameron visit Kensington, they did so, “never imaging it would come to that,” he says.

They decorated her room with family photos, of Ms. Douglas with her wonderful boys, Scott and Todd. She had her favourite crossword puzzle pajamas and the stuffed animals friends gave her while she was in hospital. They brought in a music therapist who played A Million Stars on her violin.

Ms. Douglas spent five weeks at Kensington. In the last week, he and his sons took shifts, sleeping in her room overnight. “We needed to be there, we needed to ride it out with her.”

‘There are a lot of questions about, what’s going to happen next? Where am I going next? … We don’t have those answers, but we can certainly sit and listen’

Ms. Douglas passed away on April 23, 2013, one day shy of her 64th birthday.
Early in her diagnosis, she told her husband that, “when life has meaning, all is worthwhile.” It helped her accept palliative care as the next, and final, step in her life, he said.

Yet research from B.C. suggests three-quarters of those who die are never identified as people who could benefit from end-of-life care.

Generally, patients require a life expectancy of three months or less to get referred. But for non-cancer diseases, such as advanced heart failure, dementia or chronic kidney disease, it’s difficult to predict when patients will actually die.

“So people with end-stage dementia or the very frail — they need bed lifts. They want to die at home. But there’s nothing out there [for them] if I can’t say with any certainty they’re going to die in three months,” says Dr. Ross Upshur, Canada Research Chair in primary care research.

“What happens is they get the runaround through the system and brutally treated. They get bounced through services, they get bounced in and out of hospitals and anybody who has an older parent that they’ve tried to get appropriate care for knows it,” Dr. Upshur says.

The Temmy Latner Centre for Palliative Care at Toronto’s Mount Sinai hospital provides round-the-clock, in-home care by doctors based not on life expectancy, but on need. Their palliative home care patients are less likely to be admitted to emergency in the last weeks of life, and less likely to die in hospital.

“We can do a lot for people at home, but they have to buy into a certain approach that they are opting not to have the high degree of intervention that can happen in a hospital,” says director Dr. Russell Goldman.

But others say there is some suffering even the best care cannot touch.

In a study published in September, researchers examined the frequency and intensity of symptoms in the last seven days of life among cancer patients who were able to communicate and who died in an acute palliative care unit. On a scale of “none” to the “worst possible,” patients scored symptoms such as pain, fatigue, nausea, depression and anxiety.

Despite intense care, some patients still suffered as they approached death.

For a small number of people, Dr. Upshur and others say, a better death will mean a doctor-assisted one.

Some say it is already happening in Canada.