— Last-ditch medical interventions are their own horror story 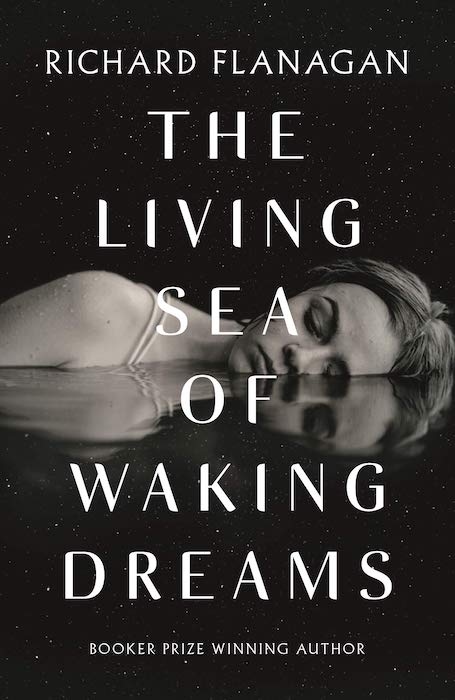 Confined to a hospital bed, her 86-year-old body shutting down, her mind “breaking into fragments and receding,” Francie asks a nurse to bring her a contemporary novel. The nurse returns with, of all things, “Sabbath’s Theater,” Philip Roth’s sexually explicit work about an aging, suicidal creep. It’s just one of many indignities visited upon poor Francie in “The Living Sea of Waking Dreams,” Australian writer Richard Flanagan’s latest novel.

Flanagan won the prestigious Booker Prize in 2014 for “The Narrow Road to the Deep North,” an extraordinary novel about Australian POWs during World War II that is unsparing in its considerations of human cruelty. “The Living Sea of Waking Dreams” shares its predecessor’s concerns but little of its power.

A survivor of cancer and the brain-damaging condition hydrocephalus, Francie is back in the hospital when the novel opens. She has “taken a bad turn,” and her condition worsens after she falls and experiences a brain hemorrhage. As Francie’s decline accelerates, her three late-middle-aged children become increasingly determined to keep her alive. They force their mother into last-ditch medical interventions with the complicity of a health-care system Flanagan suggests is more interested in its well-being than that of its patients. Because “The Living Sea of Waking Dreams” is essentially a horror story, their efforts succeed.

Yet this is not Francie’s story. It’s about Anna, the eldest child, only daughter and family narcissist. An architect, Anna is frequently summoned from Sydney to her birthplace in Tasmania by her blue-collar brother Tommy, whom she disdains for being “that most bourgeois of embarrassments: the lower-class relative.”

Her assessments of Francie are even ranker. She looks upon the woman’s “wretched body” as nonhuman, “a carapace of something long ago caught and killed in a spider’s web.” Her reactions to Francie’s scent are equally unkind.

Allowing that her once-strict mother’s “true nature . . . was open, gentle, and loving,” Anna initially wishes for Francie to die so her pain can end. But then, Anna’s ego intervenes. “And precisely because of her shame she saw that henceforth she would have to devote her very being to keeping her mother alive,” Flanagan writes. From there, Anna’s justifications for Francie’s torment pile up like so many medical bills.

Anna has an ally in her youngest brother, Terzo, a businessman who discusses the prolonging of Francie’s life in terms of “victory” and “triumph.” They bully Tommy, whose stuttering they mock and whose poverty they find offensive, into agreeing with them about Francie’s care. “As Terzo put it, with a smile,” Flanagan writes, “they were a board of directors examining a newly acquired corporate takeover.”

Flanagan gets close to something good here, a wicked take on end-of-life care, economic privilege and hubris in the face of death. “The Living Sea of Waking Dreams” can even be viewed as a decent allegory on the climate crisis, which Anna contemplates while scrolling through Instagram, often while on the toilet. In one welcome, Jenny Offill-like moment, Flanagan writes: “How did you adapt to your own murder, wondered Anna as she watched a cat video. Was that what was happening? Were they adapting to their own extinction? Was she?”

If only Flanagan weren’t so obvious about it all. No point in this book is too plain that it can’t be blasted with a spotlight. As Anna watches Australia burn from the narcotizing screen of her phone, her mother vanishes into hallucinations of one-eyed CIA agents and “animals turning into birds and then into plants.” Piece by piece, Anna also begins to fade away. A hand disappears and then a knee, as if they’ve been digitally erased. She feels no pain, and her mobility is unaffected. “But now it had vanished she realised she missed it,” Anna thinks of her invisible knee. “But like the aurochs it was gone. Like the thylacine and the Walkman. Like long sentences. Like smoke-free summers. Gone, never to return.” Like a reader’s patience.

That Anna is unlikable doesn’t really matter, of course. Cold hearts and warped minds make for great literature. What irritates most about Flanagan’s novel is that Anna is more a character than a person. She’s hard to take and harder to believe. Is Anna, in her late 50s, really “shocked” to discover that Francie is more than just a mother but “an adult independent of [her family] and their needs”? Does it really take her so long to realize that postponing Francie’s death is not the same as giving her life? Is she only now understanding that “the more the essential world vanished the more people needed to fixate on the inessential world”? Did she really not know any of this? Did Flanagan?