— Ondi Timoner’s sweet, sad film about her father shows what a good death can look like 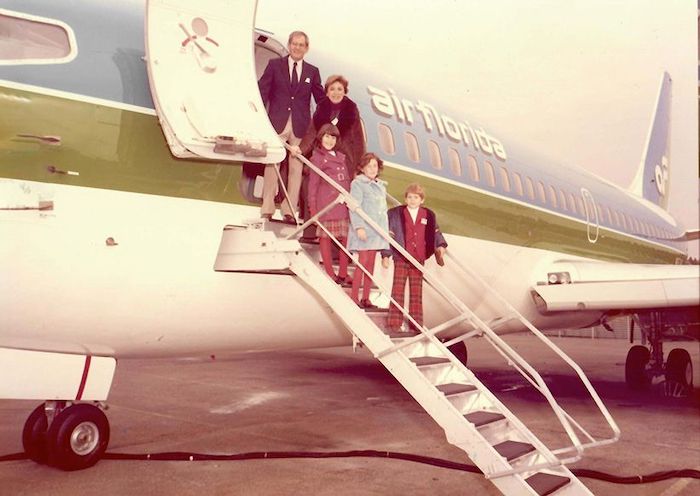 You have to be in a certain mood to watch Ondi Timoner’s new documentary, Last Flight Home, which plots out the final 15 days of her 92-year-old father’s life. Hmm, do you want to zone out to a Parks and Rec marathon tonight, or watch a family come to terms with their patriarch’s decision to instigate an assisted death and end his overwhelming physical exhaustion and pain? It might be a hard sell, but for those who can bear to think a little deeper about the nature of existence – and the end of existence – the rewards are rich.

As the film opens, we join the Timoners in the aftermath of what we can only imagine to have been a long and difficult conversation: whether or not to support Eli – who was paralysed in 1982 and is now suffering from congenital heart disease and having difficulty breathing – in his decision to take advantage of the California End of Life Option Act. (There’s no debate about how Eli feels, as he somewhat starkly puts it: “I just want to be in the ground.”)

By the time we meet them, Eli’s wife, Lisa, and their three grown-up children, Rachel, David and Ondi – who made her name as a film-maker with the very different but also surprisingly intimate documentary Dig!, about the divergent paths of two 1990s indie bands, the Dandy Warhols and the Brian Jonestown Massacre – have come round to his way of thinking, and are going to give their father the best send-off they can. All Eli has to do is tell the doctor his decision, and a 15-day countdown – which serves as chapter markers for the film – to his legally self-administered fatal dosage begins.

What happens next is quite extraordinary, and raises so much that is valid and instructive about how we live and how we die that it’s hard to know where to begin. In a series of Zoom calls and reunions at the bedside of the couple’s home in Pasadena, California, Eli says goodbye to the people who have meant something to him in his life. His colleagues, his friends, his care-givers, his extended family. He tells them he loves them, they tell him they love him right back. He fine-tunes his obituary, and makes quips about his bunk-bed style burial plot, in which he’ll await his wife’s arrival: “That’s heaven. I love Lisa on top.” What a thing, to look death in the eye and still make terrible dad jokes. Eli must be some guy.

And it turns out he is, or was. Now we get Eli’s back story, the part that Ondi is so keen to relay (something that Robert Downey Jr is also doing for his dad in his forthcoming Netflix documentary, Sr). Having set up an airline, Air Florida, in 1972, Eli became a hugely successful businessman and personality (that picture of a young King Charles looking bashful in a polo shirt? Zoom out and it’s Eli and Lisa flanking him on either side) only to overstretch himself and lose it all. We also find out more about the circumstances of his paralysis (it happened, somewhat shockingly, because of a massage), which caused a huge shift in the dynamics of the family as Lisa and the children rallied around to support him as he had once them.

What makes the film so bittersweet, is that while Eli’s family is saying goodbye, we as viewers are just getting to know him: getting familiar with the nuances of his relationships with his children, who are inspirationally – and to frigid English sensibilities, a little freakishly – demonstrative of their affection for him; getting a sense of his steady morals and kind heart (OK it’s not the most objective biography, but you’re prepared to let it slide); getting the odd exasperated aside from Lisa, a Bronx native, who raises her eyebrows to the camera as Eli, with just days to live, listens to a droning automated voice read out a list of his bank transactions.

And although the film makes no attempt to discuss the rights or wrongs of assisted suicide – it’s just not what’s being explored here, and that’s fine – you can’t help thinking, as the days tick closer, that Eli’s done something right. He’s got to see his children honouring him in the ways they are best able – David’s written his obituary; Rachel, a rabbi, is preparing his funeral; and Ondi is making this film – and, courtesy of some poison in a plastic glass with a drinking straw, he’s going to be able to show himself to the door. It’s hard, it’s sad, but you can’t help feeling that there are lessons to be taken from the Timoner family’s experience, and that, ultimately, a good death was had by all.