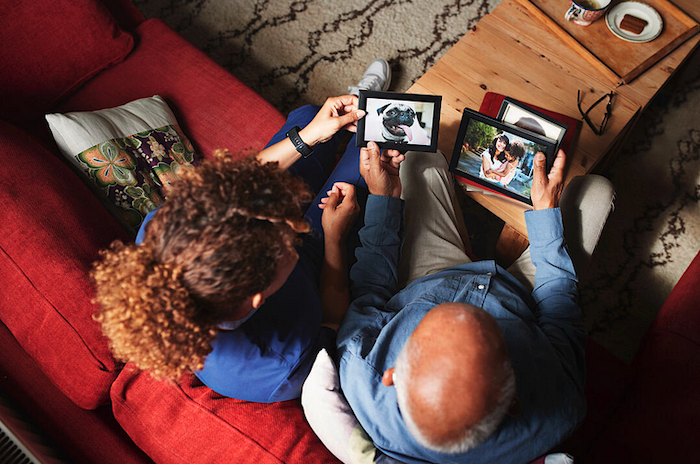 Death is inevitable but reaching the end of our lives without any regrets is something we have some control over. The key is making the necessary shifts now so that when our time is up, we can go knowing we made the best of it. Learning the top regrets people have when they’re dying can help us understand what specific changes we should make. To help with this, we turned to Maryanne O’Hara, an end-of-life doula and author of Little Matches: A Memoir of Finding Light in the Dark.

In case you’re not familiar, an end-of-life doula, also referred to as a death doula, provides emotional, spiritual, practical, and physical (though not medical) support for people living with a terminal illness and their loved ones. Some things they can support with include sitting vigil, running errands, doing household chores, and helping with funeral arrangements. Death doulas essentially help people navigate the pain that comes with death and loss and are often the ones who are there when the dying are reflecting on their life.

Below, O’Hara shares the most-common regrets she hears from clients and the big, universal realization they have at the end.

According to O’Hara, the most-common regret she hears from people nearing the end of their life boils down to a single, overarching regret: “We always think we have more time,” she says.

In other words, people get caught up in the day-to-day things of life that they put off doing the things that are truly meaningful to them. “When you take the future for granted, it’s easy to lose sight of larger questions of meaning and purpose and respond to what’s demanding your attention in the moment,” O’Hara says.

For instance, O’Hara remembers a woman she worked with while volunteering at a hospital who received a terminal diagnosis. The woman’s biggest regret was not enjoying life’s little pleasures instead of focusing on daily stresses and chores and using those things as an excuse to not take better care of herself and spend more quality time with loved ones. “The woman said: ‘If I could go back and relive it all, knowing just how quickly it was going to pass, I would savor it all more. I would savor every delicious bit.’ She emphasized the word savor,” O’Hara says.

Another example O’Hara recalls is one client who regretted not spending time with his son. “There was one man, he hadn’t been very talkative, but I saw him after his team had given him some tough news, and he started asking me about my life, whether I was happy, what I did with my days,” O’Hara says. “Then he said: ‘You know that old Cat Stevens song about the dad who doesn’t have time for his son and then he grows up, and the son doesn’t have time for him?’ He was teary and trying not to be, and he pointed at himself as if to say that says it all.”

Beyond the things they regret not doing, people nearing the end of their life also have one common realization: Love is all that truly matters, O’Hara says. People often wish they had realized this sooner and lived their life knowing it.

O’Hara recalls one client saying to her: “You have to tell the people you love that you love them. It can be hard, and you might say to yourself, ‘oh, she knows,’ but people need to hear it.” Similarly, she shares about a man nearing the end of his life who berated himself for not reconciling with his mother and telling her how much he loved her before she passed.

This sentiment of love being all that matters rings true for O’Hara in particular who lost her daughter. “We didn’t know it was going to be the last thing she ever said to me, but in the ICU, as I was trying so very hard to be strong for her, she said, ‘It’s okay to cry, mummy,’” O’Hara recalls. “She began crying, too, and she said, ‘I love you so much. I’ve never loved anyone as much as you.’ That’s the most cherished, painful memory of my life. Ask anyone who’s ever sat vigil beside a loved one in an ICU. It’s a heightened time of connectedness when everything else falls away, and for me, nothing ever mattered or will matter as much as the eternal love I have for my child and the love she had for me.”