I was 33 when I decided to plan my funeral. I was healthy, and I would describe myself as a glass-half-full kind of person. In other words, I’m not morbid, and I don’t have a death wish.

But over the years, the thought of my own funeral constantly popped up in my mind. Who would turn up? What music would be playing? And — with a good degree of narcissism — which ex-lover overwhelmed with grief would be lingering in the back pews? While friends planned their weddings, I had a different milestone that I wanted to plan for: the end of my life.

The more I started to think about the funeral, the more I wondered how my funeral might play out outside of my daydreams, given I wouldn’t be there to orchestrate it. If I were to die, how would my family know whom to invite? And as an eco-vegetarian, would my funeral reflect the principles I’d lived by? It dawned on me that my final soiree might actually be my own worst kind of party, with me wanting to jump out of the coffin and scream, “FFS, James Blunt?” as “You’re Beautiful” played softly in the background and everyone quietly wept into plates of frozen, beige party food.

One day, I read about Louise Winter – an editor turned funeral planner – online. According to her website, Winter founded Poetic Endings, a business dedicated to creating bespoke funerals, ensuring that send-offs could be stylish, meaningful and unique. I was intrigued. Could she help me plot out my big day?

I met Louise at The House of Saint Barnabas in Soho in London. Over a pot of green tea, she gently asked about my experience attending funerals. The funerals I’d attended were quite traditional and stuffy — black limousines, black clothes, and mostly somber, never really reflecting the spirit of the person who’d died.

Then, Winter quizzed me about every aspect of my future funeral.  Would I like to be buried or cremated? What I would like to be dressed in? Did I want to be embalmed? She explained that funerals didn’t always have to be held in a church, as I’d previously assumed. She also enlightened me on things I never knew, including the fact that I didn’t have to have my funeral in a church, and that it’s actually more environmentally-friendly to have a woodland burial than a cremation.

The cost of Louise’s services came to just under $400. For that, I got three hours of what is essentially event planning, guided by an industry expert. Following the one-to-one, Louise sent me a document which outlined the practical arrangements of my funeral such as keeping my body in a natural state and making sure people wear whatever clothes they want — color is encouraged. The document, which Louise sent to me, is a loose plan of how I’d like my big day to pan out. It can be updated by me at any time, and I’m not legally bound to any of it.

I decided on a candle-lit service in a historical house in London, where friends and family will be welcomed with glasses of Champagne for during the service and be encouraged to stand up and share anecdotes (note to friends: be funny). The after party is set to be in the same venue or a nearby pub, with guests encouraged to bring a vegetarian dish for a huge buffet. Other requirements include no embalming, a bamboo coffin, and a woodland burial near my parents’ home, complete with a tree planted nearby.

I get that it all sounds a little bit…intense. However, I’m not the only one preparing their funeral.

Over the past decade, there’s also been increased interest in dedicated spaces where people can discuss death and grief. For example, more than seven thousand Death Cafes, where strangers are encouraged to talk about death over tea and cake have been held across 68 countries since the social network was founded in 2011.

“When it comes to end-of-life planning and our relationship to death and dying, avoidance doesn’t work; it doesn’t prevent a person from dying, but it may prevent them from dying a good death,” says Lennon Flowers, co-founder and executive director of The Dinner Party, which encourages those who experienced loss to join others for a meal.

The rising societal urge to speak up about death and celebrate life has led to Reimagine, a non-profit which hosts events in San Francisco and New York across spaces ranging from hospitals to comedy clubs. “By bringing death out of the shadows and repurposing public spaces where all types of people are invited not just to talk about death we’ve seen a process of personal and community-wide transformation emerge,” says founder and executive director Brad Wolfe. 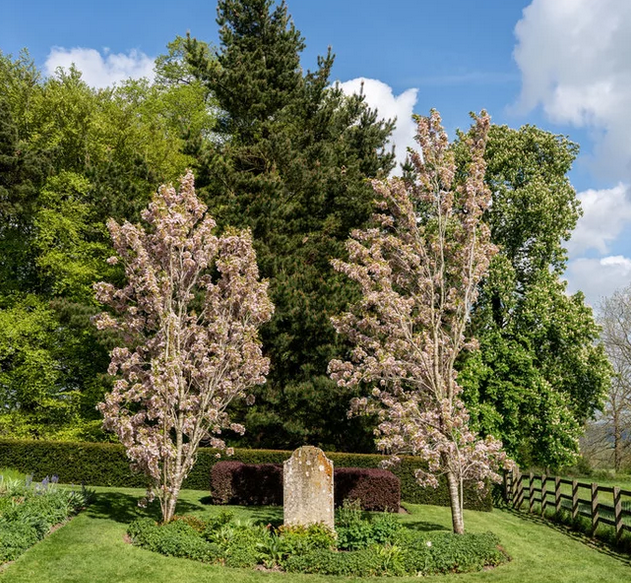 Amy Cunningham, owner of Brooklyn-based funeral directors Fitting Tribute Services, believes that millennials are far more aware of their own mortality — perhaps because of the current political climate and the rise of mass violence. “Death can strike at any moment,” she says. “This causes younger people to contemplate it and even get creative with what’s inevitable – as sad as that is. Young people want to break more of the old funeral rules and customs and make the funeral work for them.”

Danielle Ripley-Burgess, 35, a freelance communications consultant living in Kansas City fine-tuned her funeral plans on her own as part of her 2019 New Year’s resolutions. “I was diagnosed with colon cancer 18 years ago and I’ve thought about death a lot ever since,” she says. “Attending funeral services for friends, family and fellow cancer fighters has given me a lot of ideas.”

She describes her funeral as a “pop-music filled, colorful celebration of life full of faith-based Bible verses and songs that allude to the hope I find in death” – and with a taco bar serving up food. “When we pass away, our loved ones will be those suffering the most, yet they’ll also be tasked with handling our affairs. Making funeral plans is a small way to lighten their load,” says Ripley-Burgess.

It was following the death of her mother that motivated Alica Forneret to consider her own funeral. “I realized that there’s a lot of damn work involved with planning a funeral, especially when you’re grieving,” says Forneret, 30, from California. “I eventually realized that it was super important for me to start thinking and talking about this stuff with my family and my fiancée, because I didn’t want to put any of them in a situation where they weren’t prepared to execute on what I want done when I die.”

Forneret, a writer who now lives in Vancouver, says her funeral plans so far includes “good food” because “grieving is hard work and our bodies need to be nourished during those times” and ensuring someone tells jokes. “In short, I want my funeral to be positive and sad, to help people connect in their lives that’ll continue after I’m dead.”

“We are all going to die,” Forneret continues. “Preparing your family and friends in advance is really, really important. Then they can just ride the waves of grief without having to pick out fillings for the tiny sandwiches that’ll be served at your wake or what celebrant is going to MC your funeral.”

As for me, my environmentally-friendly and simple but stylish funeral looks set to be a beautiful and meaningful day, reflective of who I was — or rather, am. Knowing that my grieving family, doesn’t need to frantically worry about what songs I would have wanted to play, who to invite or if I wanted to be cremated means I leave knowing there’s one less headache for them. But one thing’s for sure, if it turns out to be quite the party and I’m in the heavens looking down, I’ll be absolutely gutted that I can’t be there.