A gift Americans owe to themselves and their country in 2013 is lessons on how to die. 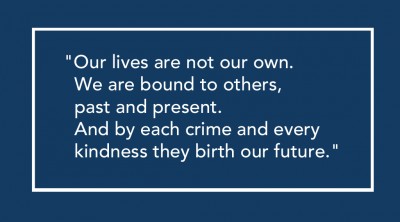 Doctors know this. They don’t spend their final hours like the other 2.4 million Americans who die every year. They’ve seen patients hooked up to tubes in hospital beds, suffering unnecessary pain and indignity, while tens of thousands of dollars are spent on every medical option to extend lives that are clearly near the end. According to a Johns Hopkins study, most doctors have advance care directives, reject CPR and live their final days with dignity, at home and in hospice, surrounded by loved ones.

The Mercury News’ Lisa M. Krieger has spent the past year grappling with our approach to death in America. Her insightful, heartfelt series, “Cost of Dying,” concludes Sunday with a practical analysis of how to change end-of-life medicine. She encourages us to take charge of our own deaths, tell doctors what we want, reject treatments that we really know can’t help and — this is most important — consider suffering, not death, the enemy. Expanding access to hospice care is a key to all this.

Pain can be managed very well today. Most Americans could die in peace at home. But nearly 80 percent die in hospitals or nursing homes, even though surveys show these are the last places the vast majority wants to be. About 20 percent die connected to tubes in intensive care units, the least humane and most expensive end of life care.

We need a culture change in our approach to death. We need to focus more on dying with dignity and less on extending life to the last possible minute. This will be better for individuals, and it will be better for America: Our health care costs are killing our economy, and pointless end-of-life care is a big part of the reason.

This country spends nearly twice as much per capita on health care as any of its competitors in world markets, but by most measures, it achieves poorer results than European counterparts. A major reason is that the 5 percent of Medicare patients who die every year consume almost one-third of all Medicare expenditures. And one-third of those costs are incurred in the final month of life, when there is no chance of a real recovery.

The number of Americans 65 and older will double in the next 20 years, putting more pressure on our medical system. People understandably worry that treatments that could benefit them may be less accessible, but the enormous amount of money paid to extend suffering at the end of life benefits no one.

Today 75 percent of Americans could die comfortably at home with hospice care. But we have to make that choice personally, talk frankly with doctors and family — and work to change family and community attitudes.

All we need is the will.