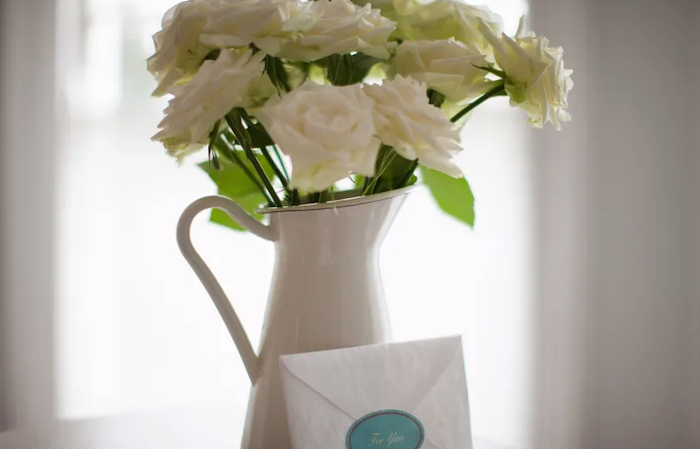 It’s hard to know what to do or say when someone you know loses a person who was close to them. Grief is a scary and amorphous thing, and if you haven’t experienced it, reaching out can feel like overstepping a boundary or reminding someone of something they’re trying to forget.

But grief is as isolating as it is painful, and it is important to let bereaved friends and acquaintances know you are thinking of them and their loved one, no matter how awkward it feels. This is true if you knew the person they’ve lost; this is also true if you didn’t.

“Most grieving people, whether they’re aware of it or not, one of their biggest fears is that the person who has been lost will be forgotten,” Jennifer Soos, a licensed marriage and family therapist in San Antonio, Texas, says. “Anytime someone remembers them, acknowledges them, speaks about them, conjures them in any way, it’s like a balm to that fear.”

So, though it might seem like ignoring a loss makes it easier for the person in mourning to move on, it’s actually the worst thing you can do. And though it may seem trite to tell someone, “I’m sorry for your loss,” at the very least, acknowledging both that the lost person existed and that now they do not will make your grieving friend feel heard and validated. “I don’t think it can happen too often,” Soos says.
Here’s how to do it.

Send a card—or any kind of message

Or an email, or a text message, depending on what generation the person in mourning belongs to, and how well you know them. “If you are a millennial and it’s a peer, a text message is fine,” Soos says. “An email is better than a text message, because you had to actually sit at a computer to do it. I’m firmly and squarely in Generation X, so I prefer a handwritten note, but I recognize that is a generational preference.”

Basically, doing something is better than doing nothing, but everyone likes a card. (It’s also noteworthy that a text can get lost in the post-death deluge, which is something to keep in mind.)

You want to let the person know that you’re thinking of them, and you’re there for them, and you’re available to listen. You are not expected to make them feel better, because when you are grieving, nothing will make you feel better. But you do not want to feel ignored or alone. “It seems very vulnerable to say, ‘I don’t know what to say,’” Soos says. “We worry it will be awkward or offensive or upsetting to a person. But the truthful thing is, we don’t know what to say. There are no words that are going to make it better, unless you have a magical spell to bring the dead back to life.”

So, feel free to stick to platitudes, as long as they’re truthful. “One of the things people can say is, ‘I don’t know what to say, but I love you and I’m here for you,’” Dr. Marilyn Mendoza, a psychologist in New Orleans, says. “Or, ‘I’m thinking about you and sending you love.’ Or, ‘No words can describe how sorry I am for your loss. My heart goes out to you.’”

As Soos puts it, “What you are really trying to communicate is, ‘I am here for you. I witness what you are going through, I acknowledge it, I’m not ignoring it, I do not need to have perfect words to help you. You are seen and you’re heard and I’m sharing in the burden of this pain with you just simply by acknowledging it.”

Don’t talk about yourself

This should be obvious, but a condolence note is not the time to broadcast your own life updates. “The note should be for the bereaved,” Mendoza says. “Don’t include stuff about yourself, like I just got a new job or here’s my new address.” Similarly…

It’s tempting to empathize with someone in mourning, especially if you’ve experienced loss yourself. But grief manifests differently for everyone, and it can be invalidating to have someone claim to know your specific feelings when they do not. “Don’t say, ‘I know how you feel,’ because even if you’ve lost your mother, you don’t really know how that other person feels. You know how you felt about it,” Mendoza says.

It’s also not helpful to offer advice. “Nobody really wants advice,” Soos says. “It makes some subtle judgment that there’s a right or wrong way to grieve.”

And if you were thinking of using the words “at least” at any point, don’t. “I always tell people, if you’re going to say the words ‘at least,’ you should stop,” Soos says. “You’re about to justify why it shouldn’t be painful, which is invalidating.”

It’s common to include a message in a condolence card commenting on how special the deceased was to the bereaved. But if you didn’t know the person who died or much about their relationship with the person you’re writing to, you might want to avoid making any assumptions.

“If you don’t know the person, commenting about them might not be the best thing,” Mendoza says. “Sometimes it’s not a very special relationship.” Of course, if you did know for a fact that this person was very close to your friend, feel free to say so. You also might want to include the deceased’s name. “When you’re the bereaved, people often won’t use the person’s name, but it means a lot to them,” Mendoza says. “So you can say something like, ‘I know David was a special person for you.’”

Offer concrete help, if any

A thing people often say in times of strife is, “Let me know if there’s anything I can do.” It’s not that this is necessarily a bad thing to say, but someone in mourning isn’t going to do the work to take you up on it. Instead of offering vague assistance, “Offer them something specific, and let them tell you whether it will be helpful or not,” Soos says. Ask them if you can bring them dinner, or feed their cat, or babysit their kids, or take them for a drink and lend an ear.

And if you know them well enough (and know that it wouldn’t be an intrusion), feel free to do something without being asked. “I have a really good friend and one of her closest friends died recently,” Soos said. “I didn’t ask, I just showed up at her house and brought dinner.”

Most people reach out to the bereaved right upon hearing the news, which is certainly the right thing to do. But immediately after someone dies, everything feels like a blur, and while it’s very nice to be flooded with texts and emails and lovely cards, it’s hard to appreciate the heartfelt messages in the moment. Soos recommends reaching out to those in grieving a second time, after the initial mourning period has ostensibly ended.

“The truth of the matter is that people in those first days or weeks [after a death], they don’t really remember much, quite frankly,” Soos says. “When you hear the news, do an initial reach out, but then immediately mark on your calendar, 4-16 weeks out. That’s the time that most people need more support and encouragement.”

Soos says that after a few months, most people who weren’t close to the deceased move on, but for those who are grieving, the pain hasn’t subsided. “The horrible thing about timing and grief is that the period where the shock starts wearing off coincides with the time everyone else is moving on. And that’s when you’re really settling into, ‘Oh my goodness, this is my real life and this sucks,’” Soos says. “Those messages and notes and texts that come at the 3-month, 4-month mark and on can be more meaningful than the initial reach out.”

So, after a few months, send a text, take your friend to dinner, go to their house with a bottle of wine and a good movie, and let them tell you about the person they loved. Don’t feel like you’re forcing someone to rehash unpleasantness, or reminding them of something they want to forget. What they really want, is not to be forgotten.