AI Scientists Have An Answer 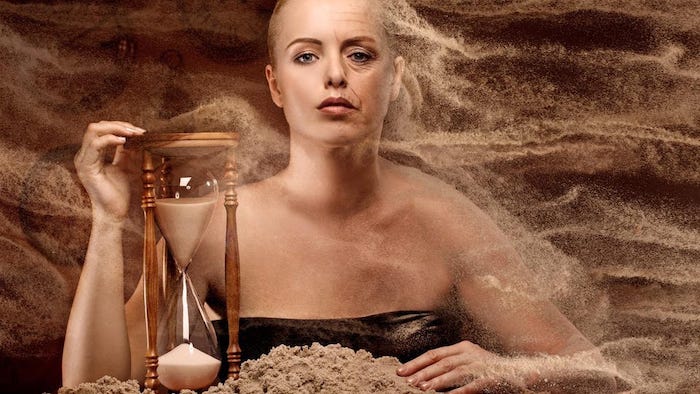 Remembering those who have passed on from this life has been an important theme throughout human history. Our ancestors used to remember those who died by sharing their memories with the next generation in the form of stories and ballads. They would sit around a fire and exchange memories and hope they would be passed through generations after them. Later when the printing press was invented, humans began to store, collect and spread information on a massive scale. The printing press made it easier to collect and preserve memories of the deceased because it is easier to store written pieces of information. Today, the developments in communication technologies such as the internet have changed how we create, store and retain memories. The internet also allows us to analyze memory through large-scale data in a quantitative framework.

Being remembered after death has been such an important concern throughout history that civilizations such as the Romans considered damnatio memoriae, or being erased from the public’s memory, as one of the severest punishments imaginable. At some point, many of us might have wondered how we will be remembered after passing on from this life too.

The h-index, the number of research papers with the same number of citations is one of the common ways to evaluate academic performance. It is a very important number in academia. The mean and median H‐index for all peer reviewed papers at the time of promotion to Professor in the JHU School of Medicine is 25 and 23 respectively. In computer science and math, scientists do not cite each other as often as in biomedicine and there are very few young computer scientists with the H-index of 100. So it is natural to follow them on Google Scholar and learn about their research. One of the scholars I follow is Jure Leskovec (h-index = 117) the co-author of the famous node2vec and an authority on graph neural networks (GNNs).

So imagine my surprise, when I saw the paper by Robert West, Jure Leskovec, and Christopher Potts titled “Post-mortem memory of public figures in news and social media” in my Scholar feed. I don’t know any of the authors personally but based on their work, they are extremely credible, and productive. In this paper the authors identified trends and analyzed how people are remembered in news and social media one year before and after death. It technically answers a question how long will your name last in people’s memory after you die. We know what you needed to do in ancient Greece to make it last (hello, Achilles!) but what about today? So, if you ever wondered how you can stay famous after you die, then this paper is for you!

Robert is an assistant professor in the School of Computer and Communication Sciences at the Swiss Federal Institute of Technology Lausanne where he also leads the data science lab. Jure is an associate professor of computer science at Stanford University. He is also an investigator at nonprofit research organization Chan Zuckerberg Biohub. Meanwhile, Christopher is professor and chair of the linguistics department at Stanford University.

Despite their varying backgrounds, the trio have a few things in common: they are experts in the field of artificial intelligence and data analytics.

In this short but fascinating paper, the three scientists tracked mentions of 2,362 public figures in English-language online news and social media (Twitter) one year before and after death. The tracked people died between 2009 and 2014. They then looked at the spike and decay of attention after death and modeled the two as the interplay of communicative memory, which is “sustained by the oral transmission of information” and cultural memory, which is “sustained by the physical recording of information.”

In order to track mentions, they combined the Freebase knowledge base with online news and social media compiled through Spinn3r, an online media aggregation service that tracks mentions from a complete set of all 6,608 English-language web domains indexed by Google News as well as media posts from Twitter. For each of the 2,362 people, the scientists tracked the frequency with which they were remembered in the two medias on a daily basis during the year before and the year after death. This allowed them to quantify the spikes and decay of attention that follow the death of public figures.

The analysis of mention frequencies revealed that for most public figures, a sharp increase of media attention followed immediately after death, whereby mention frequency increased by 9,400% in the news and by 28,000% on Twitter in the median. The average mention frequency then declined around one month after death and eventually decayed slowly to the pre-mortem level. These two stages are consistent with the two components of collective memory: communicative memory, which dominates early on and decays quickly, and cultural memory, which dominates starting around two weeks after death and decays slowly.

Based on the study, the researchers concluded that artists remain more present in the collective memory because they tend to leave a legacy that can long survive them, whereas leaders, athletes, etc who are noteworthy for the actions they take during their lifetime, are of decreased interest once they cannot replicate their actions anymore. This is most pronounced for leaders. Artists also stand out with respect to cultural memory, while no notability type stands out with respect to communicative memory. Ceteris paribus, an unnatural death, also increased the rank with respect to the short-term mention. The effect of age at death also was significant. For instance, on Twitter, the post-mortem boost was monotonically and negatively associated with age at death. Likewise, the increased short-term boost associated with unnatural deaths was more pronounced in the news than on Twitter.

Separately, the study also revealed that Twitter users pay less attention when an old public figure or leader died. Deaths of these poor souls were boosted more by the news both in the short and long-term. Additionally, the researchers noted that future studies may also add language, tone and attitude towards public figures one year before and after death to see if the study would come to a different conclusion.

To conclude, the researchers found that the largest post-mortem boost in English-language media attention can be described as an anglophone of any gender who was already well-known before death and died a young and unnatural death. So, try and get famous before you die if you want to be remembered for a long time!

And if you are interested in ways to avoid dying prematurely and gaining some time to become famous, consider finding more ways to live longer and attending the 8th Aging Research and Drug Discovery conference organized by University of Copenhagen and Columbia University. I am sure that one way to become famous in late life is to set a longevity record, currently held by Jeanne Calment (122.5).