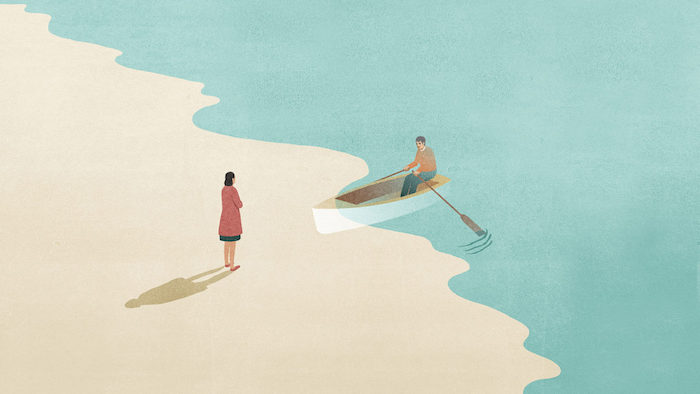 Once, a patient with chronic pain due to an immunodeficiency made an appointment with me to say goodbye. For years, he had received intravenous therapies for his infections, but they had all stopped working. His other doctors had already told him that nothing more could be done, and he had little time left to live. He came to let me know that he appreciated what we had done for him.

It was a surreal moment. The young man wasn’t in agony, and he seemed to be at peace with the inevitability of his death. However, I was caught unprepared. Since I wasn’t sure how to respond, I simply acknowledged his words with a “thank you.” We shook hands and he departed. That was the last time I saw him.

Last week, a colleague of mine sent out an email to a small number of his professional associates. He told us that he is very ill. Clearly, his implicit message was that he might never see us again.

As I reflected on his message, I felt unprepared again. I wondered how I should respond. How would I say goodbye? Should I even broach the topic? This might be my only chance to let him know that I’d always considered him a mentor. But would he become despondent if I appeared to eulogize him? Would it be hurtful to express my sadness that we might never speak again?

I certainly didn’t want to add to his suffering. Perhaps I should ignore the gravity of his illness and focus on how I hoped he would recover soon.

But that would be dishonest. He is a physician, too, and always modeled treating his patients with empathy and compassion This was the part of his character that I felt most drawn to. He is a doctor who healed as much by listening to his patients than by any other therapy.

I decided to tell my friend what an important role model he has been for me, but I also had a question for him. Having treated many terminally ill patients, I have learned that most people who are dying have hopes for themselves, as well as the loved ones they are leaving behind. Therefore, I asked my physician friend whether he had any hopes he wanted to share with me. He told me he had two wishes.

“As I have been reflecting upon my personal and professional life, my first hope is that my presence really made a positive difference in people’s lives. That would be my legacy. The outpouring of affection, goodwill and positive comments that I have received from ex-patients, friends, family and colleagues has made it clear that I have succeeded in that,” he said.

My friend also expressed his hope for a change in our political situation. He mentioned the anger, frustration and hopelessness he feels watching American society fall into two warring ideological camps. His hope is that the young people of today will lead us into a better future.

COVID-19 has forced me to think about the reality that death can catch any of us by surprise.

As I write this, we are in the midst of a pandemic that has infected more than 17 million people and taken more than 680,000 lives worldwide. Many of the COVID-19 victims died alone and didn’t get a chance to say goodbye to their loved ones.

Even in ordinary times, most of us don’t get to say goodbye. We often deny the reality of death as life draws to a close. “You’ll feel better soon,” we say, either to make ourselves feel better or to avoid the topic. Even when we are allowed to be at the bedside of someone who is dying, we often lack the courage to convey our true feelings. Honesty can be too painful during those moments.

I remember saying goodbye to my dying father. Lying with him on his bed in his home, I asked my father if he was afraid. Many of us refrain from expressing grief at moments like that, because we worry that we might make the dying person feel worse. But I could not keep from crying.

In The Four Things That Matter Most, author Ira Byock, MD, identifies the messages he considers most important to communicate to loved ones near the end of life: “Please forgive me. I forgive you. Thank you. I love you.” Expressing these sentiments can help create a sense of mutual peace and completion.

Congressman John Lewis, the noted civil rights leader, expressed hope for the future in a New York Times op-ed published shortly after his July 17th death. He said, “Though I am gone, I urge you to answer the highest calling of your heart and stand up for what you truly believe.”

Perhaps we should consider following Lewis’s example. By daring to acknowledge what is happening and to say goodbye, we are bravely addressing the highest calling of our hearts. We also have the opportunity to honor all those who touched us and made us who we are.