Was His Life Worth Less Than Yours? 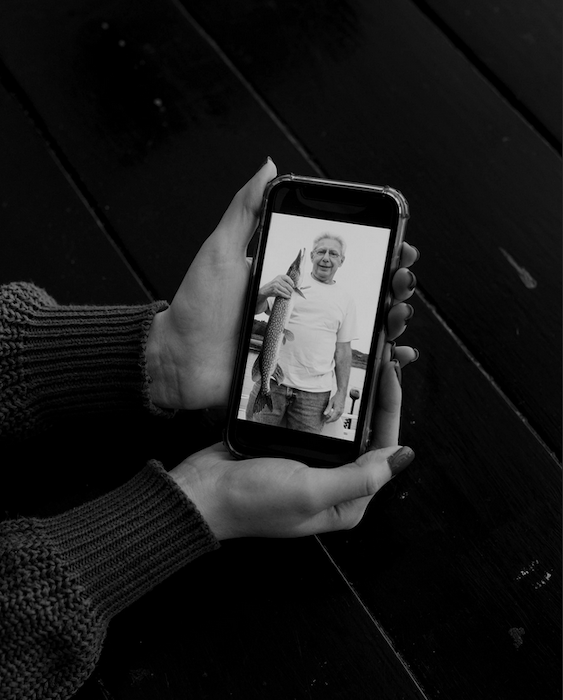 With the coronavirus upon us, Americans now must confront death up close.

Before this novel coronavirus ever reached American shores, I heard dark tones of reassurance. Don’t worry, people said. It kills only the old and the sick. The thought, a temporary (and misleading) escape from rising panic, crossed my mind, and surfaced in conversation. When I spoke last week to Jessica Smietana, a 30-year-old doctoral student in French literature at New York University, she admitted the thought had occurred to her, too. “I remember saying, ‘Well, you know, when it’s reaching people that aren’t in vulnerable populations, that’s when I’ll worry about it.’”

And then, like many of our unsavory national tendencies, the sentiment took an exaggerated, grotesque form in the statements of President Trump. “We cannot let the cure be worse than the problem itself,” he tweeted in all-capital letters, signaling that he might urge states to lift protective restrictions on gatherings and businesses rather than continue to incur economic costs. In that calculus, the lives of the sick and dying became a mere data point in an actuarial account of the coronavirus pandemic’s economic impact. Mr. Trump has since changed his view, saying, “the economy is number two on my list. First, I want to save a lot of lives.”

Rightfully so. Such an easy dismissal of the sick and elderly is a ghastly indictment of one of our most cowardly cultural reflexes: an abandonment of the dying as a means of wishing away death.

It’s a weakness only the lucky can long afford, and in the midst of this pandemic, their numbers are swiftly shrinking. As coronavirus cases in the United States multiplied, Ms. Smietana, like many of us, found reason to reconsider her initial response. Her 63-year-old father, Bruce Smietana, began chemotherapy treatment for early-stage pancreatic cancer last month. “I realized what a terrible attitude this is,” she told me. “We shouldn’t think of that as an acceptable outcome — ‘Well, all these people were going to die soon enough.’”

In America, Ann Neumann writes in “The Good Death,” “death has been put off and professionalized to the point where we no longer have to dirty our hands with it.” But with the coronavirus, death has drawn too near to ignore. And this is a good thing. The dying, their value and their particular wisdom should never have been banished from our common life in the first place.

The physicians who accompany people as they face death have a unique perspective on mortality, perhaps thanks to the example of their remarkable patients. I spoke to Christopher D. Landry, a postgraduate trainee in the Columbia University psychiatry department, last month, during his emergency medicine rotation. “A lot of young people feel that life in the shadow of death is no life at all,” Dr. Landry said. “But everybody approaches that shadow eventually. And then, even people who were previously young and healthy learn to appreciate the many good things in life that they’re still able to have.”

The prospect of death also prompts a philosophical evaluation of life. These reckonings can bring the blur of ordinary life into sharp and brilliant focus.

At 19, Ms. Smietana lost her mother, and later, her older sister. From that point on, her family consisted of herself and her father, a stoic and steadfast garbage man who worked for the city of Chicago for some 30 years. Ms. Smietana told me that she had always been close with her father, but that their relationship became even more vital after the loss of her sister and mother. “That’s made this whole situation a little more intense,” she said.

Her father’s battle with a miserable disease has led her to contemplate justice, or the lack of it. He had already lost so much. Because the chemotherapy weakened his immune system, she wasn’t permitted to visit him during his treatment. He would be alone. As we spoke, her voice thinned with tears. “It feels tremendously unjust,” she said.

What Ms. Smietana saw was that the presumption of fulfillment — that the elderly have lived life, and can ask little more from it — is mistaken. As much as any young person can hope to feel more love, happiness, curiosity, satisfaction in the balance of life, so can the aged and the ill. In fact, they may experience those good things in life even more acutely for recognizing their scarcity.

In that respect, the dying may be more alive than any of us — more awake to the truths that emerge at the end of all things, and more aware of the elements of life that lend existence its meaning.

When I spoke to Mr. Smietana on the telephone, he was recovering from chemotherapy in the midst of a pandemic. But he didn’t ruminate on pain; instead, he talked about gratitude. He told me about Jessica, how she would be the first doctor in the family. He looked forward to her graduation, and to all of the other things he had no doubt she would accomplish; “she’s an amazing daughter,” he said.

And then he drew a labored breath, still exhausted from his treatment. “I’ve had a relatively great life,” he reflected. “I lost my wife, and I lost one of my daughters. But besides that, I’ve been pretty damn lucky.”

Mr. Smietana died a week later, on a cold Sunday morning in Chicago. He awoke that day with breathing trouble, and passed shortly thereafter. When I spoke with Ms. Smietana, she was still thinking about justice, or the lack of it. “Coronavirus is the reason I didn’t get to see my dad during what turned out to be the last week of his life,” she said. “It was the right thing to do. But I will regret it forever.”