Yes, mourning is an acknowledgment of loss. But the late scholar bell hooks argued that it is also a way of honoring our commitment to those who have died. 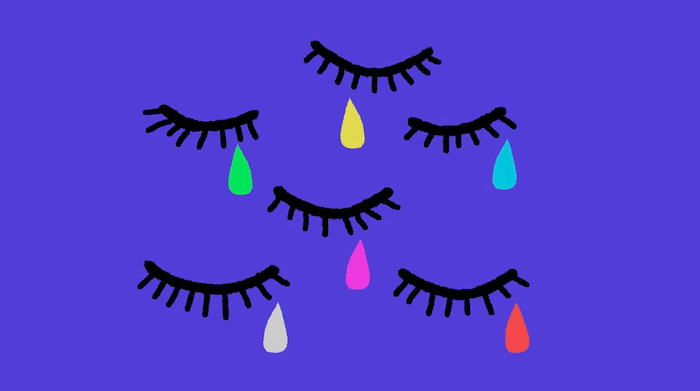 Fourteen years ago, the day before Thanksgiving, I lost my sister Tracie to breast cancer. She was 37, married, and the mother of three children. I can’t remember what happened the next day—what we ate or who even cooked. Everything was a blur. A couple of days after we laid Tracie to rest, my mother called me. William, my only brother, was being hospitalized. Doctors didn’t know what was wrong, but he couldn’t breathe. I refused to believe that anything bad could happen to him, that the world could be this cruel, this relentless. But four days after he was hospitalized, he died. I had not yet unpacked my bags from Tracie’s funeral. The grief was so overwhelming, so consuming, so mind-boggling that I collapsed. Two weeks after William’s funeral, it was Christmas. My four sisters and I all gathered at my parents’ home. It was like we were sleepwalking. There, but not really present.

As of this holiday season, Americans have lost more than 800,000 people to the pandemic. And the distress that many of us face isn’t always tied to death: Scores are suffering through the loss of homes, income, stability, and security. As the professor Chad Broughton wrote for The Atlantic, “The country is grappling with an onslaught of grief.” When people ask me how my family got through some of the toughest pain we have ever faced, I venture that it was not the passing of time, nor keeping busy, nor social withdrawal. For us, it was community. Our church sent us food for months. Our friends came and stayed with us on a rotating schedule of visitations. Mothers baked home-cooked meals; elders laid hands on us and prayed. Everyone gave care, and we were almost never alone. In the same ways that we shared in celebration of new life, we also came together in death and loss.

That collective process is what bell hooks, the prolific author and Black feminist who died last week at age 69, described in her seminal 2000 book, All About Love. “Rarely, if ever, are any of us healed in isolation,” she wrote. “Healing is an act of communion.” hooks urged readers to be disturbed by the Eurocentric approach to individuality, arguing that the warped ethos of attainment without help encourages people to feel fulfilled only when they have accomplished or conquered something alone. Yet one should not seek to conquer grief, because, according to hooks, grief in its most basic form is an expression of love. Grief is an acknowledgment of loss, yes, but it is also a way of honoring our commitment to those who have passed on.

Initially, I hadn’t wanted to talk about my siblings’ death. And many times when I did, I was quick to qualify the circumstances, to explain their diseases for fear of some racist stigma being projected onto them. I often felt that racism was going to hijack the sympathy that some acquaintances and strangers would have otherwise had for me. I feared people asking, “You had two siblings die, to what, gun violence? AIDS?” For many Black people, the cause of death is a measurement of how much compassion should be shown; somehow even in death we must be respectable. But hooks wrote that “love knows no shame. To be loving is to be open to grief, to be touched by sorrow, even sorrow that is unending. The way we grieve is informed by whether we know love.” I no longer have shame regarding my siblings’ deaths, only regret that, at one point, I did.

What hooks gave me was the language to understand grieving and healing as radical, communal acts. “Love invites us to grieve for the dead as ritual of mourning and as celebration,” she wrote. “We need not contain grief when we use it as a means to intensify our love for the dead and dying, for those who remain alive.” hooks condemned the capitalist patriarchy that prizes domination and categorizes love as weak; she framed love as powerful simply because it doesn’t seek power. Her work prioritizes human vulnerability and suffering, positing that through connection we can find the antidote to pain.

This holiday season, I will commune with my husband and my children—my son, who shares William’s name, and my two daughters, one of whom shares Tracie’s birthday. We will gather with loved ones and ones in need of love, and affirm the beauty of shared lives. “Only love can heal the wounds of the past,” hooks wrote. Fourteen years later, I know that she was right. My grief will always be unending, because so is my love.