How to handle death, loss and trauma 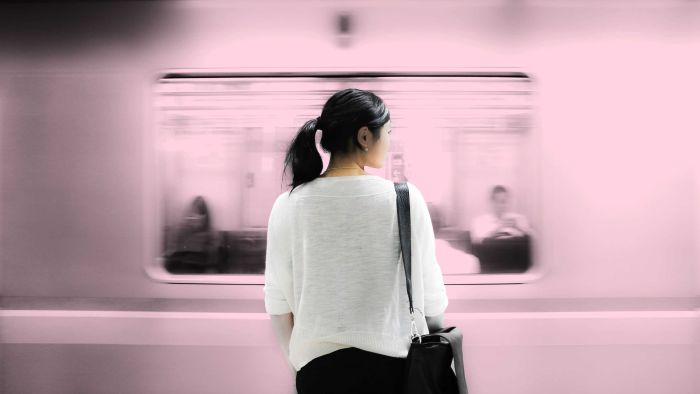 When Jessie Williams was 30, she went on maternity leave and gave birth to her first baby.

But things didn’t go as planned.

“It was an unexpected event and it happened two weeks after he was due.”

Instead of having months off to spend with her young son, Jessie found herself returning to work four weeks later.

The way her workplace supported her when she came back to work changed her life. Now she helps other workplaces do the same for their employees.

“My personal story motivated me to get active,” she says.

“I share my story with workplaces because my workplace had to find a way to have me come back.”

“The last thing you want is to walk into work and feel like no-one cares,” says psychologist Breanna Sada, who works for an employee assistance program.

Instead, acknowledge the person and what they’re experiencing.

Jessie says her workplace acknowledged her loss and made sure she knew they cared that she was grieving.

Her experience inspired her to work with Compassionate Workplace program to help businesses find their own way of dealing with difficult conversations and helping staff through tough times.

In this role she has seen what happens when workplaces don’t acknowledge an employee’s grief.

Jessie has found that a common reaction in the workplace is: “I don’t know what to say, so I didn’t say anything”.

“When your workplace responds to you in that way, your feeling, your attachment, your commitment to that job fundamentally changes,” she says.

“For many people, they’ll leave eventually. For others, they’ll stay. But there’s like a malaise. They’re just showing up. They’re kind of a shell of themselves.”

While it’s very normal to want to make things better for someone going through a difficult time, there’s nothing you can say that will “fix” someone’s grief.

“But letting them know you’re there for them is sometimes all that’s needed,” Ms Sada says.

She says it’s best to avoid saying something like, “They’re in a better place now” or “At least they’re not in pain anymore”.

“Very rarely does an empathic response begin with ‘At least…'” she says.

Jessie agrees that you don’t have to try to fix or solve anything.

“Caring is as simple as saying to somebody, ‘I don’t know what to say. I can’t imagine how it feels for you’,” she says.

Do small acts of kindness

You probably can’t help your colleague organise the funeral or pay their medical bills, but there are small things you can do to make them feel cared for. And they do add up.

“It’s OK to give them some practical support like, ‘If stuff is getting too much, let me know. I’m happy to cover for you’, or, ‘If you can’t come to that meeting, I’ll take notes for you’,” Ms Sada says.

“Be practical with your support.”

In some cases, this takes a little preparation.

Jessie says the leadership in her former workplace had a discussion before she returned to the office on ways they could help her out.

Her closer work friends were given permission to spend more time with her — having extra coffee breaks, going for a stroll at lunch — so they could talk.

She was also given a bit of flexibility with her workload for a while as she found her way through the grief.

Try not being too formal with your support

While employee assistance programs and counselling can be helpful for employees after a traumatic event, helping someone doesn’t have to formalised.

“It doesn’t have to be a formal lunchtime chat that you have. It can be just: ‘Hey, I’m really sorry to hear about your dad’,” Ms Sada says.

Jessie says her work is about how everyone can play a part in helping each other.

“The core idea is that we have the capacity to care for each other,” she says.

Start the conversation about what workplace you want

Grief will hit us all at some time, and Jessie says workplaces should talk about it openly with employees to build a supportive culture that works for them.

Australia has an ageing population. We’re encouraged to work for longer. And the lines between home-life and work-life are forever blurring, with constant emails on your phone and working from home.

“What kind of workplace do we want?” she says.

“I would hope that in five or 10 years, it would be as normal as having a mental health day — talking about grief in the same way.”