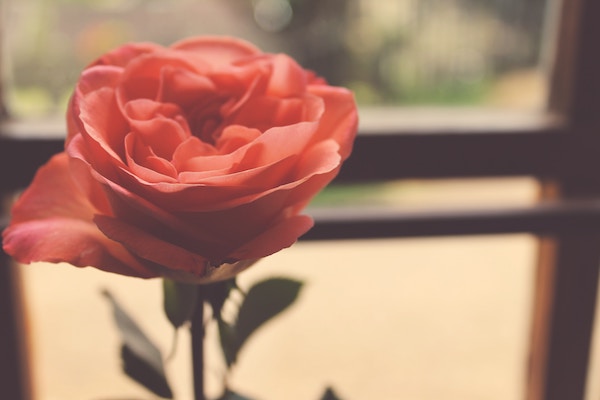 [W]hen Alexis Roberts Keiner’s 9-week-old son died unexpectedly at day care in 2012, “we had to choose very quickly what kind of bereaved family we were going to be.” She shared her story with attendees of an emotional panel on grief in the digital age, which was led by ePatient advisor Liza Bernstein, at this weekend’s Stanford Medicine X conference.

“We posted on Facebook of all places, the place where you share cat videos and political rants and everything else, that our son has unexpectedly died,” she said. “Our community showed up for us in the most incredible way. We did not eat a meal alone for six weeks.”

As both an artist and a grieving mother, Keiner needed ways to express her grief. She decided to paint the box her son would be cremated in with images from his life. Explaining that she wanted to “care for this child in death” as she did in his life, she said she ultimately shared a photo of the box on social media. Almost immediately, she said, friends and family reached out from around the globe.

“The heaviness of grief is so immense that when others grieve with you they help hold up the weight,” she said. Since the death of her son, she has paid this idea forward by reaching out to others who have lost a child, mostly through Facebook, by writing letters to friends, and friends of friends, who are recently bereaved.

Patient-advocate Liz Salmi addressed the audience next, explaining how she was diagnosed with brain cancer shortly after her 29th birthday. “There’s no right way to respond to a cancer diagnosis, but my way to respond was with curiosity,” she said. “Because my background is in digital communications I immediately started blogging.”

Salmi said she intended the blog to be used as a way to communicate complicated parts of her diagnosis and treatment for family and friends. However, as patients like Salmi searched for answers, her blog quickly began picking up followers and through it and other social media channels like Twitter a community developed.

Salmi also shed light on a difficult aspect of having friends that she’s never met IRL (in real life). “Sometimes they just disappear and we end up playing the detective game to determine if they’ve died or just dropped off of social media,” she explained. In this new reality, “as more of us develop relationships with people we know online only, I wonder how we will learn to cope?”

And what of the people who don’t regularly connect with others in the digital world, or who have historically been discouraged to do so? Michael Fratkin, MD, was there to give the physician perspective, noting that doctors often compartmentalize their personal and professional lives and that “being trained to not share is woven into the fabric of medical education.” While some may assume this helps doctors better cope with death, he argued that: “It’s the exact opposite. Our compartmentalization is actually a source of great distress, lack of empathy and misunderstanding.”

A palliative care doctor, Fratkin has had about 2,000 patients die over the last 11 years, and when patients died it often felt as if they had just “disappeared into the blackness.” But things are now changing, he said, as the digital world offers important tools to help him connect with patients and grieving families.

“Social media has been very important to the work I’ve been doing,” he said. “It’s woven me more intimately into the community relationships that the people that I care for exist in.”

Bernstein, meanwhile, drew on her personal history of multiple losses (starting with the suicide of her father when she was 4 years old) and experiences in digital communities including #BCSM (breast cancer social media), to envision, curate, and convene this panel. Bernstein said her goal was to “bring humanity, dignity, kindness, and a healthy sense of humor to this sensitive but important topic.”