Everybody’s got to die. But not everyone’s got to be miserable doing it. 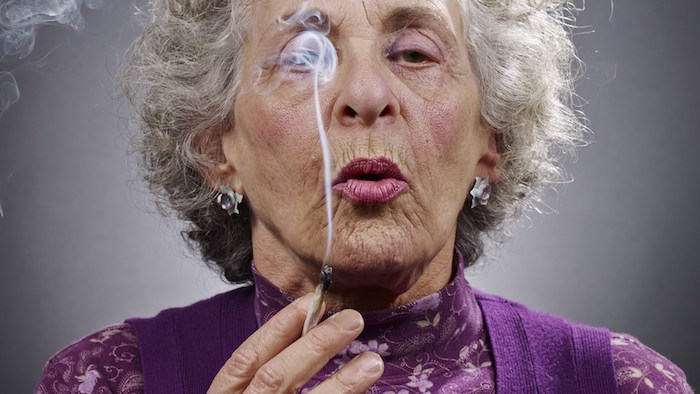 The good doctor is irked. In a very gentle way, but still.

“I think it was Confucius who said that the beginning of wisdom is to call things by their correct name,” says Dr. Ira Byock, 67, founder and chief medical director at the Providence St. Joseph Health Institute for Human Caring in Torrance, California. “So to be perfectly grammatically correct and to be absolutely legit, let’s focus on the adverbs and the adjectives, since what we’re really talking about is Dying Well.”

Which is exactly where throats start to get cleared and the death-phobic among us try to edge toward the exits. Because no matter the fact that each and every person alive to read this must one day perish, none of us wants to perish. Particularly not in misery and solitude. “I’ve had patients who have literally said to me that they’d rather be pushed down a flight of stairs,” intones Byock, “than have to face a future of crap care in some facility at the end of their lives.”

But Byock is not in the euthanasia camp — dying quicker doesn’t mean dying better. His pitch, instead: a menu of a few different things, the most compelling being “psychedelic-assisted therapies.” 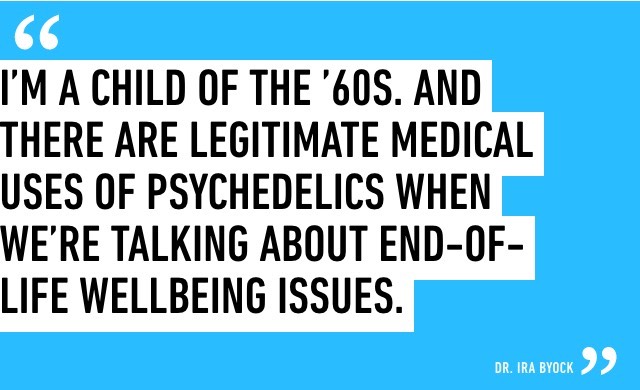 Studies show about 25 percent of Medicare spending gets poured into caring for people in their last year of living — which would add up to $175 billion last year. That number is catching the eyes of cost-cutting politicians. All this penny-pinching has caused Byock to turn a jaundiced eye to the spate of now-legal physician-assisted death states: California, Colorado, the District of Columbia, Hawaii, Montana, Oregon, Vermont and Washington. “I call it Physician-Hastened Death,” says Byock. “And why the rush to hustle the old and the sick into the hereafter? Excuse me if it just seems a little too convenient to me.”

Byock’s New Jersey roots, played through the betraying trace of an accent, are even more in evidence as he inveighs, not without flashes of humor, against dying badly and too soon. Working one of his first physician gigs after med school in a rural Montana emergency room for about 14 years, Byock created a clinical assessment tool that measured the quality of life for people who are suffering.

His prescriptions for the medical-industrial complex now include listening to patients, formulating care plans for disease and symptom treatments, helping them sleep, helping them move their bowels, addressing family needs and perhaps most importantly training doctors to do this early. So medical schools have to teach about caring for seriously ill or dying people up to and including the ethics of decision making, and should face financial penalties if they fail to do so. “Most med schools dedicate one month for pregnancy care even if the doctors in question won’t end up delivering babies,” Byock says. ”But 70 percent of physicians will be seeing sick or dying people.”

Byock talks about learning to listen, being sensitive to older patient needs — and then comes the needle-scratching-across-the record moment when he brings up psychedelics.

“I’m a child of the ’60s,” Byock laughs. “And there are legitimate medical uses of psychedelics when we’re talking about end-of-life wellbeing issues.” With an eye to easing pain and creating comfort, Byock turns to the early, legal uses of psychedelics as an adjunct to therapy, as well as the recent and well-publicized benefits of using psychedelics to mitigate PTSD.

Elizabeth Wong, a Northern California nurse and Byock fan who is training to be an end-of-life doula, points to controlled studies that show psychedelics having “lasting effects for up to six months on anxiety issues. It’s real science.” As legalization of medical and recreational marijuana has made clear, this is less of a traditional Democratic/Republican divide, says the committed progressive Byock, but more of which stakeholders win and which will lose.

Losing? If the Dying Well’ers were to succeed, pharmaceutical companies and medical equip

ment manufacturers would take a hit. A contingent of pro-lifers under the aegis of the American Life League has blasted Byock’s work as “stealth euthanasia,” a charge Byock believes is risible. And winning? Nurses’ aides, nursing homes, hospices, long-term care facilities and pretty much anybody who expects to be dying.

“I think you’ll need more than a scorecard to get people to change their minds about this,” says senior care worker Josefine Nauckhoff. “Or at the very least America will have to take seriously those magical, mystical countries that have figured this out.”

Like? “Canada,” Byock says. “They’re taking this seriously,” with an emphasis on hospice centers, senior care facilities and addressing end-of-life issues as though they were both real and manageable.

Byock is pushing the U.S. to follow suit via his indefatigable advocacy in the wellness community, faith-based Catholic initiatives, books, conferences for reimagining the end of life and even the Death Over Dinner movement, where people bite the bullet, as well as biscuits, and talk seriously about death.

A movement is evident in the growing number of related books, death cafés, conferences, efforts at real legislative change and hospitals that are dealing on their own. In 2016, three-quarters of all U.S. hospitals had a palliative care team — focusing on improving quality of life for those with serious illnesses — up from one-quarter of hospitals in 2000, according to the Center to Advance Palliative Care.

“This is not just about avoiding suffering,” Byock said. “I’m in it for the joy. But, I mean, we’re all going to die. Best we do so the best ways we can.”