The number of elderly Americans with the disease is projected to double by 2060. Many will need hospice care but the program will need reform to aid them, experts say 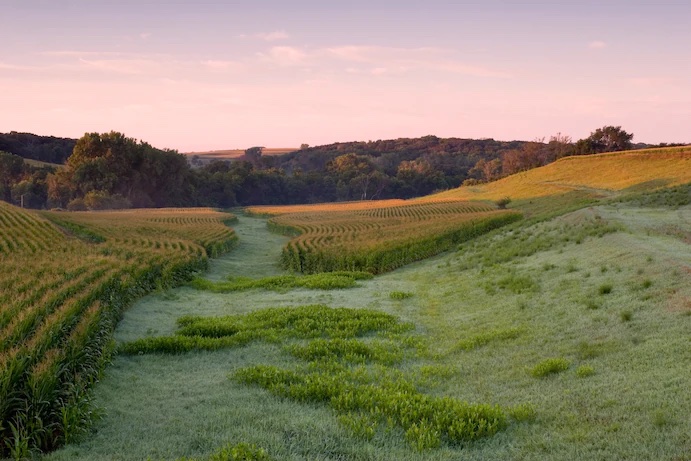 Janet Drey knows how hard it is to predict the future, especially the future of someone who lives with dementia. In 2009, a neurologist diagnosed her mother, Jean Bishop, then age 79, with frontotemporal dementia, a disorder that irreversibly damages the front and sides of the brain.

When Jean could no longer walk, speak or feed herself a year later, doctors confirmed that she had less than six months to live, Drey recalls. The prognosis fit Medicare’s definition of being terminally ill. That prognosis qualified her for hospice care, an interdisciplinary approach that prioritizes comfort and quality of life in a person’s final months.

The streamlined access to doctors, nurses, social workers and medications covered by Medicare, quickly became essential to Jean and her husband, and made it possible for them to continue living together on their 40-acre farm in rural Iowa.

But as can be the case with dementia, Jean’s decline was less precipitous than expected. When she was alive after six months, her physicians took another look at her condition. It seemed to be deteriorating, so they recertified her for hospice.

After several more months of care, Jean’s condition stabilized. She was still living with a progressive disorder, but Medicare’s coverage of her hospice costs was stopped because her eligibility for it was tied to her condition worsening.

Without it, Jean’s husband, Leonard Bishop, in his mid-70s at the time, was on his own most days to care for her: lifting her out of bed and placing her before her favorite south-facing window, helping her bathe and eat, and managing her pressure sores.

Inevitably, Jean’s dementia worsened. When Leonard found Jean unresponsive one morning in 2011, doctors deemed again that she had less than six months to live. She was re-enrolled. This cycle in and out of hospice occurred three times over three years.

Exhausted, Jean’s husband almost didn’t enroll her the third time, asking Drey and her siblings, “Well, if they’re just going to discharge us again, should I even do this?” Jean died almost exactly six months after her third admission.

Based on a recent study, Medicare’s hospice regulations are not working as intended for many people with dementia, says Elizabeth Luth, a sociologist at Rutgers University who studies end-of-life care. According to her study of 3,837 hospice patients with dementia, about 5 percent are pulled from hospice when their condition seems to have stabilized.

Plus, the number of Americans over 65 with dementia is projected to more than double to 13.8 million by 2060. Many will need hospice care. “It’s worth asking the question, ‘Should we reevaluate?’ ” Luth says.

The Centers for Medicare and Medicaid Services (CMS) has been introducing new payment structures, pilot programs and quality metrics to address weaknesses in the hospice admission criteria. None of their solutions, however, have modified the six-month benchmark — that would require a change in law, according to a CMS spokesperson. With no amendment to the six-month rule in sight, hospice and palliative care workers are pushing for a different end-of-life model for people with dementia.

Congress created Medicare’s hospice benefit in 1982 to provide dying patients with medical, social and psychological support. To keep costs of the new benefit down, it capped the definition of terminal illness at six months to live to balance money spent on hospice care with expenses saved from avoiding costlier hospitalizations that often occur at the end of life.

For a couple decades, the six-month benchmark worked. Most early hospice patients — over 75 percent in 1992 — had cancer. Doctors can predict with relative accuracy when a patient with advanced cancer has less than six months to live.

Today, the average hospice patient is very different. About half have dementia, according to a study published last year. And as Jean’s family experienced, predicting when a patient with dementia has only six months to live is difficult.

Theoretically, up-and-down declines and incorrect prognoses shouldn’t be a problem. Doctors can recertify hospice patients who are alive after six months as still terminally ill, as Jean’s physicians did during her first hospice stay, and Medicare will continue to reimburse for that extra time.

But reality can be more complicated, says Krista Harrison, a health services researcher at the University of California at San Francisco. Hospice programs with too many patients receiving care for more than six months raise some flags for Medicare, and are sometimes audited as a result — an expensive, time-intensive process. If an audit uncovers seemingly inappropriate use of the benefit, the hospice might have to repay money that Medicare reimbursed, which can run up to millions of dollars.

Sometimes, people with dementia can stabilize while they are receiving hospice services, as Jean did. “For those people living at home, there’s not really any other services out there that provide the same level of support,” says Lauren Hunt, a former nurse practitioner who now researches end-of-life care at UCSF.

So when patients enroll, they may finally have the care they needed all along and their condition can get a little better or at least stabilize. This can then make them ineligible for Medicare support going forward.

In the end, Medicare’s penalties leave clinicians and hospice organizations in what Harrison calls “an impossible moral quandary,” with the needs of their patients with dementia on one side and Medicare’s six-month regulations on the other.

“We need to update the payment models, and especially hospice, to really reflect this changing disease trajectory of an aging society,” Teno says. “What I’d rather see is some flexibility.”

CMS began to update its payment models in 2016 after years of warnings from Medicare’s advisory body that some hospice organizations were using the benefit for financial as much as for care reasons.

The payment reform has Medicare reimburse more (about $200 for routine care) for the first 60 days a person is enrolled in hospice and about $160 after that, until care again intensifies at the end of life. That scheme aligns better with hospice’s U-shaped pattern of costs. Before that, when Medicare paid a flat rate, it was easier for financially driven organizations to enroll patients with unpredictable declines too early and make extra money during their lengthy middle periods.

Another new model started on the first day of 2021. It’s one that applies to people enrolled in Medicare Advantage, the insurance people over 65 can opt for instead of Medicare. This pilot program is meant to smooth fragmentation in hospice care, previously covered only by Medicare, for the roughly 40 percent of older Americans with Medicare Advantage.

Without a change in the six-month rule, however, many end-of-life care experts say Medicare should come up with a new rule to provide palliative care for people with dementia that focuses on pain and other quality-of-life issues, and that is tailored to the person’s needs earlier in their illness. More intensive hospice services would be added later.

“What makes sense is to have a different type of program that allows for a larger prognostic window, but that would also reimburse less than hospice does,” says Claire Ankuda, a palliative care physician and researcher at Mount Sinai.

Jean Bishop’s family agrees with that.

Several months into 2013, she had qualified again for hospice, her third go-round. A week before Christmas, the 83-year-old mother of 10 died, surrounded by her husband and children, four years after she had been diagnosed with dementia.

Because Jean’s disease unfolded slowly, it would have been helpful for her and her husband to have had consistent support from the start that eased into hospice care, Drey says.

Instead, Jean and her family weathered abrupt gaps at an already vulnerable time. For Jean’s husband, Leonard, one of the most devastating parts was the questions that would go unanswered between enrollments without the advice and help of hospice specialists: What the end would look like, and whether he would know what to do for Jean — and be able to do it.

“He had to work out in his head a scenario so that if something happened and it was a crisis, he knew how he would act,” Drey says.

During the periods that Jean was ineligible for hospice, he knew he would have to handle those crises alone.