The tide is turning in favor of cannabis and the electrifying results are creating new and unexpected conundrums. Welfare for cannabis? What will become of drug-sniffing dogs? Get a move on, Australia! All that and more in this week’s legalization roundup:

Colorado is currently considering a ban on using Electronic Benefits Cards (EBTs) at marijuana businesses. Liquor stores, casinos, and gun shops already carry such a ban, and by extending the ban to include marijuana dispensaries, this helps cannabis businesses avoid federal intervention if there is any evidence that public benefits are being used for marijuana.

A similar bill was proposed in 2014 but failed on the basis that many dispensaries are in low-income neighborhoods and dispensary ATMs may be the closest source for those without a bank. However,Washington state enacted a similar law in 2012 that blocks all businesses exclusively for adults (strip clubs, bars, and now retail cannabis shops) from letting people use EBTs to withdraw cash, a law that has been enforced through ATM codes and has thus far been mostly successful. 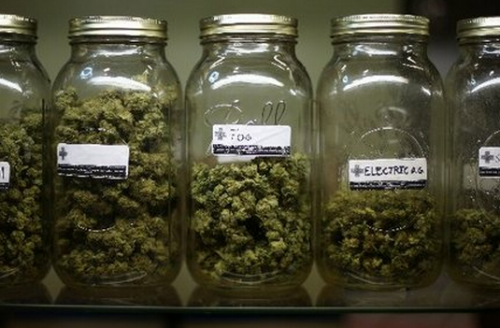 Connecticut legislature that would legalize, regulate, and tax retail cannabis in the state. The bills are lacking details on regulation and enforcement, but House Deputy Majority Leader Representative Juan Candelaria (say that five times fast, I dare ya!) said that, as a sponsor, he hopes this bill will start a new conversation about cannabis after the state previously decriminalized in 2011 and legalized medical cannabis in 2012.

Senator Jeff Brandes just filed a major medical cannabis bill that would allow seriously ill patients access to medical-grade cannabis. The bill is very similar to Amendment 2, the medical marijuana bill that shoulda-woulda-coulda been but lost by 2% of the vote during the 2014 mid-term elections.

Senator Brandes, who openly opposed the previous amendment, said he did so because he believes that the Legislature should be in charge of driving such a major change to the healthcare system in Florida. The real question now is whether Governor Rick Scott would sign it, veto it, or allow it to become law. 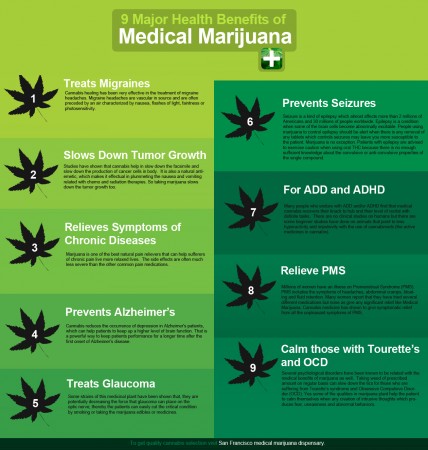 With the new governor handing out growing and dispensary licenses, the time is ripe for change and the Illinois General Assembly just introduced two proposals, both of which would eliminate jail time for simple marijuana possession. House Bill 218 would replace any criminal charges and jail time with a $100 “Uniform Cannabis Ticket” and a petty offense, while Senate Bill 753 would legalize the possession of up to 30 grams of cannabis and the personal cultivation of up to five plants by adults 21 years of age and older.

Baltimore City Delegate Curt Anderson has introduced legislation toexpand the decriminalization bill that was enacted last year. The bill reduced the penalties for possession of less than 10 grams of cannabis from one year in jail to a simple civil fine of $100. Unfortunately, the law did not change for the possession of paraphernalia, which this new law aims to alleviate, as there are still police in rural Maryland arresting people on paraphernalia charges. The new bill would help reduce overcrowding in Maryland jails, which is a fairly serious concern and was an incentive for passing the decriminalization bill in the first place.

State Representative John Rogers introduced House Bill 33 that could legalize the use of cannabidiol for “persons who have been diagnosed with a seizure disorder.” There were eight other co-sponsors, including Representative Wes Retherford, who stated that his intention to sponsor this bill was inspired by the Benton family, whose two year-old daughter Addyson suffers from such intense seizures that the family moved from Ohio to Colorado seeking cannabidiol oil to combat her symptoms. This is a great step in the right direction but leaves thousands hanging who could potentially benefit from an expanded medical marijuana program.

Since Oregon voters approved Measure 91 to legalize retail cannabis in the state, Oregon police agencies have begun phasing out and reassigning their drug-sniffing dogs. Springfield was one of the first agencies to begin the trend; when they finally got a drug detection dog, they made sure that the dog was trained to detect heroin, methamphetamines, and cocaine, but marijuana was eliminated from the detection list. Other dogs that have already been trained to detect cannabis will be put to use in more large-scale investigations, as cannabis in large quantities and in certain locations is still illegal. 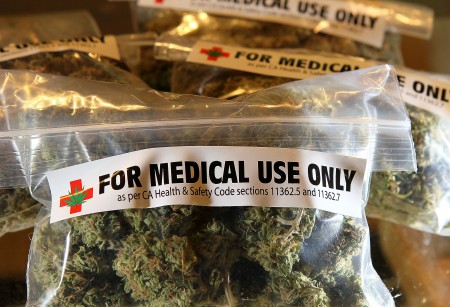 Washington state patrols have already made the decision to stop training K9 units for marijuana detection, but it’s difficult and time-consuming to “untrain” a dog and carries mixed results. Furthermore, dogs can’t make a distinction between the different types of detected drugs, which makes their role in future drug investigations uncertain.

Pennsylvania nearly passed Senate Bill 1182 last year, which would have legalized medical marijuana in Pennsylvania – it passed overwhelmingly in the Senate but never made it to the House for consideration. This year, the Pennsylvania legislature is making sure that the newest bill sees its day in the House. The bill, which is nearly identical to the previous bill, currently boasts 25 co-sponsors, the backing of Governor Tom Wolf, and some support from key Republicans just for good measure. Senator Daylin Leach said the bill will likely undergo some major changes before being enacted into law, but he wants to make sure that seriously ill patients have the options that they legitimately need.

Republican lawmakers will be introducing two bills that will expand the previously enacted bill that allows the use of CBD oil for seizure disorders. When the bill was passed last year, the legalization of CBD oil was immediate, but there was no way for patients to obtain it – there is no manner of production in South Carolina and it’s federally illegal to cross state lines with any extracted forms of cannabis, legally obtained or not. Senator Tom Davis and Representative Jenny Horne are teaming up to release an expanded medical marijuana bill that will broaden the qualifying conditions for medical cannabis, outline how the plant will be grown, processed, and regulated, and lay out guidelines for how it will be dispensed. Can I get an “Amen” for progress in the Deep South!

Washington has had legalized retail cannabis for more than two years, but many cities and counties have placed such restrictive moratoriums on the cannabis industry that it is incredibly difficult to get your hands on it without traveling out of the area. This, in turn, makes the black market continue to thrive in areas where access is limited – a vicious cycle if there ever was one. Washington lawmakers are hoping to break this cycle by offering tax revenue as an incentive for cities that allow retail cannabis shops to open. This is an approach they’ve modeled after Colorado, where they’ve seen some success (and let’s face it, Washington should be following Colorado’s lead – they’re doing good work down there).

Professor David Penington at Melbourne University, one of the top professors at a prestigious university, published a paper in the Medical Journal of Australia arguing that medical cannabis should be legalized, citing examples in the United States, Israel, Holland, and the Czech Republic for their overall success with the legalization of cannabis for medical conditions. The New South Wales government is planning clinical trials on the effectiveness of medical marijuana, but Professor Penington says that this approach is inappropriate for patients who are suffering and that doctors should have the ability to prescribe cannabis in the same manner that they would prescribe any other painkiller.

The NSW government has not begun the trials yet, as they are examining options to import cannabis or grow it under controlled government conditions. Thank you for the clarity, Professor Penington.

A Guam attorney who had challenged the voter-approved initiative to legalize medical marijuana has agreed to drop his federal lawsuit after a judge ruled that he had no legal standing in the case. Attorney Howard Trapp and Guam Election Commission attorney Jeffrey Cook signed an agreement to dismiss the lawsuit. We are really digging this trend of judges upholding voter rights and respecting legal protection for medical marijuana patients!

Jamaica’s Senate passed a landmark decriminalization bill that just so happened to coincide with what would have been Bob Marley’s 70th birthday. The bill decriminalizes the use and possession of cannabis as well as legalizes cannabis for medical or religious purposes. What a lovely gift to the late, great Bob Marley!
Complete Article HERE!