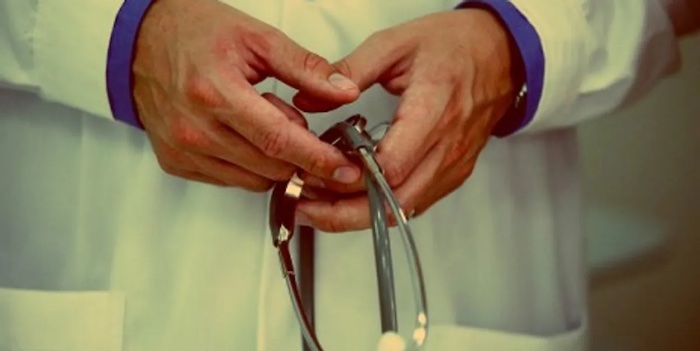 Amid an ongoing public debate in France on end-of-life palliative care, doctors tell Le Monde how they secretly help their patients die.

As the president of a doctor’s union says of treating the chronically ill, “We’ve all pushed the syringe” at some point in their careers.

Death is a topic that doctors rarely discuss among themselves. Too heavy, too personal. Instead, these things tend to be between attending physicians and their patients, who they follow until their very last minutes.

French President François Hollande has promised a draft bill on end-of-life assistance, and the role doctors play for chronically ill patients is at the heart of the debates. Some have agreed to tell us about their practice, whether anonymously or using their names.

“Doctor, will you help me?” The question is sometimes asked when the end of life is not that near. “I tell them that I am not the right doctor for that,” says doctor O., who has been a general practitioner in the west of France for the past 30 years. “I don’t claim to be the one to decide.”

But when the final moments truly have arrived, it’s a different story. He helps patients “go” when they are in pain, when life has become unbearable. Often, he says, “They do not voice any request. But when we touch their forehead with our hand and they are looking straight at us, they tell us with their eyes: ‘I’m ready.’”

He recalls a Saturday night at 11.30 p.m., when an entire family was holding vigil for a mother in pain and asked him to “do something,” because that was what she wanted. He repeated that he was not allowed to, that he could only increase the morphine dosage. “But I knew what the outcome was going to be,” he says.

Dr. Stéphane Pertuet, from the northern French town of Barentin, says a patient once asked him, “You’ll do what’s necessary, won’t you?” The patient was telling him he was scared. The doctor comforted the dying man, and said that he would.

Pertuet remembers a former military man, who made him promise not to hospitalize him “at the end,” and to do “what’s necessary” so he could die “in a dignified” manner. One day, when he was in a state of shock, he told the doctor, “Finish me.” “Of course, I didn’t do it,” Pertuet says. “But I made sure that he wouldn’t suffer by setting up a graded treatment, aware that it could kill him. If he felt that I was hesitant, it would have been a fiasco.”

Doctors use various drugs, all of them legal, to help ease a dying patient’s pain and usher them peacefully into death. Curare or potassium chloride would immediately lead to the death of the patient. But using those drugs would be a crime. What doctors can legally do is prescribe sedation to relieve suffering and agony. They can mix anxiolytics, morphine or other analgesics, leading to respiratory depression and death a few hours or days later. What the law forbids is “intentionally” causing death.

In the patient’s shoes

Words are important, says Dr. G., a general practitioner in southeast France. “Yes, I help people die,” he says. “Killing is different. It’s an immediate action. Increasing the dosage has nothing to do with euthanasia.”

When Pertuet arrives at the home of a patient he is treating, he doesn’t necessarily have a preconceived idea of what he is going to do, he says. “I suppose I sense that I will lead the patient to death, but I have no other choice. Otherwise, the patient suffers.” He tries to step into the patient’s shoes, taking into account his personality, culture and religion.

Bernard Senet, a retired physician working as a medical officer at an association advocating legalizing euthanasia, has worked in private practice and also in a palliative care environment. When patients are suffering agonizing pain, Senet says it is his duty to help them.

“When the patient is uncomfortable despite the morphine, we open up the automatic syringe and it all goes,” he says. Once or twice a year over the course of his career, he has found himself in this kind of situation, and it is no doubt the case for other physicians too.

In fact, he knows it is because he often receives calls from fellow doctors asking for his advice. “I’m not an exception,” he says. “For fear of judges, the others don’t want to say that we do it, in appropriate conditions, and that it’s never easy,” he admits. “But from the moment you stop the treatments, you know you are sentencing the patient to death. From the moment you dispense Hypnovel at the hospital, you know you will cause a respiratory arrest.”

“I assist until death”

Not every doctor is willing to assist their patients in death, but for the ones who do, they regard it as part of their job. “I remember my first assistance very clearly,” Pertuet says. “It is the quintessence of our commitment. It is then very important to be a good technician and a very good psychologist. But it always leaves a mark.”

Dr. R., a general practitioner specializing in palliative care near Paris, says he assists “until death, because death is part of life.” But recently, a seriously ill patient under 70 years old asked him if he would agree to give him “an injection.” Even if the law changes, the doctor says he would never go that far.

The law, in fact, is not necessarily at the heart of everyone’s concerns. Pertuet hasn’t really altered his handling of these cases over the years, he says. “I watch the debates between experts with amusement. They hide behind religious beliefs, sacrosanct ethics and palliative care. But for me, the more I think about it, the less sure I am.” What is important “is what they never talk about: humanity, technique, the doctor-patient bond.”

The French Leonetti legislation, passed in 2005, has made doctor G. more relaxed. “We used to be limited on a legal basis,” he says. “We couldn’t handle therapies when we knew we were at a lethal level.” Even the French medical college, which he characterizes as typically “quite retrograde,” last year announced its support of terminal sedation for patients with insurmountable pain, calling it “a duty of humanity.”

“It’s not a step towards euthanasia,” insists Dr. Jean-Marie Faroudja, ethics head of the national medical college council, pointing out the necessary commitment to the Hippocratic Oath. “Killing must remain prohibited.” He acknowledges that “between causing death and putting the patient to sleep until it arrives, the difference is narrow.” But it exists.