Death is a very difficult topic to discuss. It’s not a subject that most people enjoy pondering. It is especially difficult to discuss with someone whose death may be imminent. Like many issues, it might be easier to just avoid the topic altogether. However, as is often the case, pretending the issue doesn’t exist won’t make it go away, and can often make the end result more difficult to deal with. Thus, the news the Madison medical community will start providing end-of-life planning as a standard patient service is welcome, indeed. 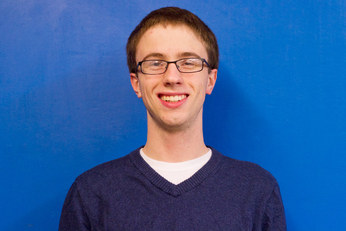 End-of-life planning involves sitting down and coming up with an “advanced directive.” An advanced directive is essentially a set of written instructions regarding a patient’s preferred medical care that are carried out in the event the patient is no longer able to make those decisions. For example, a patient might specify that, if they should enter into a vegetative state, they should be taken off the ventilator and allowed to die.

Preparations for death, such as end-of-life planning, are becoming increasingly accepted in the medical community. According to guidelines published by the American Society of Clinical Oncology, all terminally ill patients should sit down and discuss their end-of-life wishes with their family and health care team.

Advanced directives are beneficial for a variety of reasons. To begin with, people should have their health care administered according to their own preferences. If someone wishes to be kept alive on a ventilator, then he or she should be able to. If someone wishes instead not to be put on a ventilator, then they shouldn’t have to be put on one against their will. Just because someone can’t communicate his or her preference doesn’t mean it shouldn’t be honored. Either way, this is utility enhancing for the patient.

As for the health care provider and the patient’s family, they aren’t forced to make life-or-death for someone else. Making these decisions are, as one might expect, extremely taxing, and everyone is better off if the patient makes his or her own decision ahead of time rather than leaving it to a third party. In a powerful Time Magazine article, Joe Klein recounts his difficult experience making these decisions for his own parents. As he writes, “I spent the next five months as a death panel for both my mother and my father.” He later writes he was “extremely fortunate” to transfer his ailing parents to a health care provider that was much more willing to candidly discuss death.

Coming up with an advanced directive also helps to keep health care costs down. CBS News reports Medicare spent $50 billion in 2009 on doctors and hospitals over the last two months of patients’ lives. The kicker? “20 to 30 percent of these medical expenditures may have had no meaningful impact.”

Over the course of one year, Medicare alone spent as much as $15 billion of treatment had no positive effect on patients’ quality of life. This is a prime example of wasteful spending that, in today’s age of fashionable austerity, needs to be eliminated. A significant portion of this spending could be eliminated if people were only kept alive as long as they wished to be.

It might seem that doing anything less than everything to extend a person’s life would be unethical. However, if the person doesn’t want to be kept alive though extraordinary measures only to suffer for longer, their wish should be honored. This can only be accomplished through people having candid discussions with their families and doctors. The fact that local health care providers are starting to encourage these discussions is good news for all Madisonians.