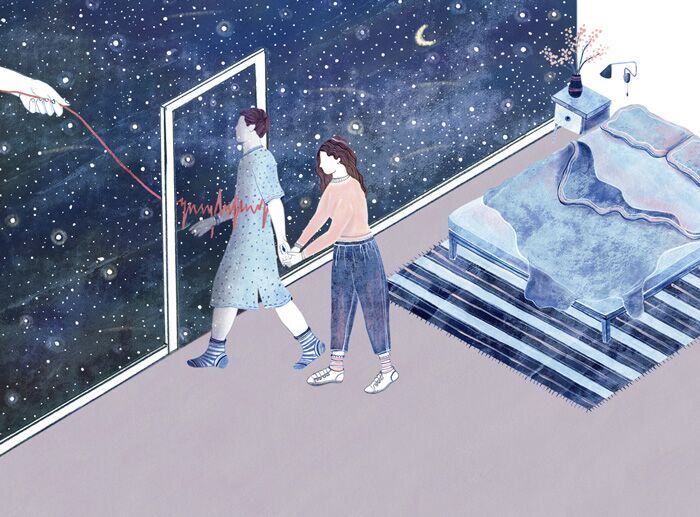 In a field that is quickly growing but evolving due to the coronavirus pandemic, death doulas are providing comfort for the terminally ill and helping their family members grieve.

Similar to how a birth doula supports an expectant mother through the process of bringing a life into the world, an end-of-life doula – a trained, non-medical professional – guides a person through the final stages of life.

Riess helps them navigate all aspects of death, from making legal, financial and funeral arrangements to deciding where and how they want to die.

“Death, in some ways, it’s the biggest event in our lives, and for many it’s the most disappointing to think about or have to experience,” Riess said from her Dover home. “There’s maybe a way to bring grace to this process and also information and understanding to this process of dying.”

Riess’s goal is to eliminate the stress and fear of one’s own mortality, providing comfort before and during their death and supporting their grieving loved ones after. Her work with each client can span days, months or years.

Riess believes the isolation many are experiencing during the pandemic has led clients to services like hers.

“I’ve seen quite an uptick in my practice, because I’m not sure there are places where people can talk about what’s going on with them when they’re facing the death of another or their own imminent demise, decline, diagnosis,” Riess said.

Terry and Melinda Sortwell began working with Riess last June. The Maine couple had been referred to Riess, who also provides nutrition and wellness services, as Terry struggled with digestive issues and gaining weight.

Terry, now 71, had been diagnosed with bile duct cancer in 2018 and had undergone extensive surgery and six months of chemotherapy before another cancer scare.

While further testing showed the cancer had not returned, his wife, Melinda, 66, experienced her own cancer scare. She, too, would receive good news, but considering their own mortality had been eye-opening.

When the couple, married for 45 years this September, discovered Riess provided end-of-life services, they began working with her regularly, meeting virtually.

“It’s wonderful to think you can do it all yourself. But emotionally, there’s so much going on when you think you’re leaving your body, or you’re letting people down,” Melinda said. “The last thing you need to think about – or all the things you haven’t thought about – paperwork-wise and what are your desires and wants at the end of your life.”

Between Riess’s appointments, she asks her clients to complete assignments. For Terry, she instructed him to visit a hospice center so he can make his own plan for how he wants to spend his final days.

Interest in end-of-life services has been increasing, even as doula work evolves due to the COVID-19 pandemic, according to Henry Fersko-Weiss, co-founder and executive director of the International End of Life Doula Association (INELDA), a non-profit that trains and certifies death doulas as private practitioners.

“I see people much more open to talking about death and dying,” Fersko-Weiss said by phone Wednesday. “The pandemic has made us all more conscious, aware and engaged with facing dying. That’s something that’s happening universally.”

Some death doulas have temporarily stopped providing services during the pandemic, while others, like Riess, have converted in-person meetings to online or telephone appointments.

While she already serves clients across the country remotely, Riess will soon resume appointments at her home with local clients, as she has now been fully vaccinated.

“Dying is a very intimate experience. So, I know it’s much richer and better if a doula can be physically present,” Fersko-Weiss said. “But it’s better to have a doula virtually than not to have a doula at all.”

While Terry undergoes scans and bloodwork every few months, he and his wife are stable and feeling well. Still, the couple feels their sessions with Riess are important, to prepare for their final days, whenever that may be.

“The point is to have these conversations when you’re feeling good,” Terry said, “so that you’re able to make decisions and talk to our children and think about things rather than try and solve these problems or make these decisions when you’re in a crisis mode.”

For Riess, her job is more of a calling – the most fulfilling role she could imagine.

“It’s such a privilege for me to be in the lives of the people that I’m in the lives of and to see the courage and the love,” Riess said. “And the opportunity for me to be involved with these families at the most personal, really profound time of life – I look forward to going to the end of my own life doing this.”