In a new book, “The Conversation”, physician Angelo E. Volandes argues that the the U.S. healthcare system is failing patients in their final acts: Americans are botching death.

The problem is that hospitals and doctors are pre-programmed to “do everything” for dying patients – that is, attempt every last measure to prolong life, even if its probably futile, painful and unwanted.

To a certain kind of Washington policy wonk, the trouble with “doing everything” is that it causes soaring medical costs and billion-dollar financial woes.

But those are not the concerns of Volandes, a Harvard researcher who practices as a hospitalist. Instead, he sees the extreme end-of-life measures as a tragedy for patients – a tragedy that could be prevented if only doctors asked patients what they want. The patients are the ones who must bid farewell to life being poked and prodded and filled with tubes by strangers in the hospital.

The tone of the book, which is told through a series of patient vignettes, is polite. In a recent conversation, Volandes sounds considerably angrier about the failings of the system. 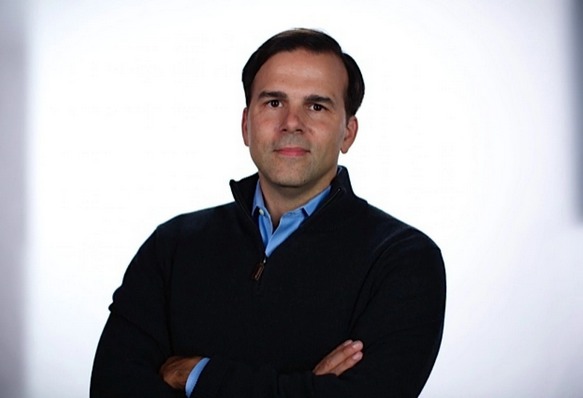 Peter Whoriskey: To get patients like her to realize what “doing everything” means, you started taking patients on tours of the intensive care unit to see what dying in the hospital looks like – the tubes and so on. When that became impractical – it was against hospital rules – you even made a video.

Angelo E. Volandes: I want patients to understand what “doing everything” means. I’ve since heard from other doctors who’ve done the same thing. People just don’t know what it’s like in there. As doctors, we sometimes say to one another, “Would anyone want this? We are torturing these patients.” But patients don’t know.

Whoriskey: You talk in the book about being, early in your career, one of those doctors who couldn’t squarely talk to patients about death, and in the case of one brain tumor patient, being unable to say directly that she had terminal cancer and was dying.

Volandes: We weren’t trained to talk to patients. I was actually sweating. I’ll never forget her look. She was a highly educated professor and she had this blank stare. It will stay with me the rest of my life.

Whoriskey: One of the patients you talk about, as a warning, is an old coal miner who despite being very near death was saddled with “eight plastic intrusions”: a tube into his lungs, two intravenous lines, an arterial line, a stomach tube, a tube in his heart to drain fluid, one for his bladder and one for his rectum. How often do patients die like that – is it really that common when they are about to die anyway?

Volandes: He’s not unusual. If we haven’t had a conversation with a patient about what they want, it’s automatically a full court press. All of those intrusions are commonly used. None of them is extraordinary.

Whoriskey: What is most common measure applied to patients who are near death that ought to be reconsidered?

Volandes: Feeding tubes. That is probably the number one kind of avoidable care. We know from many studies on patients with advanced dementia, feeding tubes are not helpful. Yet what do we see in nursing homes? Patients tethered to feeding tubes. The alternative is hand-feeding.

Whoriskey: The solution you propose is simple: Have a conversation. Ask patients what they want. Is it really just the lack of conversation that has most of us dying in hospitals and nursing homes when we really prefer to die at home?

Volandes: That’s what I see as a practitioner. I know that when we do slow down to talk to patients, people tend to choose the care that is right for them. Most of the time today we’re not even stopping to have the conversation.

Yes, the default is to do everything because that’s what we as doctors are trained to do and that’s what hospitals are there for, and there are financial incentives behind that. But if we slow down and talk to patients, it can work.