— Because sometimes, yes, they suffered 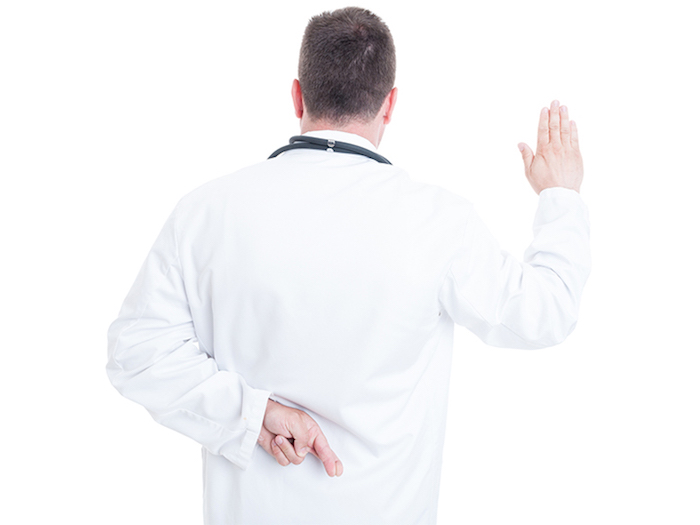 The trucker was making a delivery to a factory. While working out of the back of his rig, he ended up on the wrong side of a machine loader. The loader’s arm hit him, lifted him up, pushed him against a metal barrier, and crushed his chest. When the ambulance arrived at the emergency room, the trucker was in pain, slipping in and out of consciousness. The CT scan showed cardiac tamponade — bleeding in the sac around the heart — and he was rushed to surgery. The surgeon made a note that his patient was grimacing in agony in the elevator on the way to the operating room. The loader arm’s blow had essentially sheared the inferior vena cava — the biggest vein in the body — off his heart. The surgeons were successful in sewing it back together, but the trucker had lost so much blood that his major organs were beginning to shut down. He hung on for a week, in a drug-induced coma, on a ventilator in the intensive care unit. When his family came to visit, hospital staff would adjust the trucker’s medications down to allow him to tap out some tunes on a board, or squeeze their hands in response to questions. They were grateful that he was responsive, that he recognized them. They held out hope for his recovery. But the trucker had multiple broken ribs and a crushed sternum, and his organs were dying inside him. Nobody wanted to tell his wife and sons how much pain he was in. Nobody wanted to tell them he was dying.

I didn’t do the autopsy. I was brought in much later, to review the case and answer one simple question: Did this man suffer? In lawsuits that arise from industrial accidents, large financial penalties apply to those found responsible for preventable deaths that involve conscious pain and suffering. A forensic pathology expert witness can make postmortem diagnosis of terrible events — such as, in the trucker’s case, bone-crushing injury, battered internal organs, and ruptured vital structures — by reviewing the medical records and the autopsy findings. We can also examine the brain for signs of damage that would indicate that the decedent must have been rendered unconscious — and therefore, perhaps, did not suffer the effects of those agonizing injuries as a fully-conscious person would.

When I was a young doctor right out of autopsy training and would call the next of kin of the recently deceased, the question I feared facing the most was, “Did he suffer?” Everyone wants assurance that their loved one’s death was quick and painless. How should I answer that question when that death was, like the trucker’s, slow and awful?

I used to lie about it. There were times that I would tell the next of kin that their loved one’s death was instantaneous and pain-free, even when I knew from the autopsy that the death had been a bad one. I thought I was doing the right thing, the merciful thing — sparing those poor people the psychic agony of knowing that their loved one suffered in death.

But then I was called for the first time to testify in court on the conscious pain and suffering of one of my cases. I was placed under oath and sworn to tell the truth. I looked out from behind the stand at the decedent’s family sitting in the gallery, and panicked. Had I lied to those people, assured them that the body I had autopsied showed all the signs of having died, peacefully, in the blink of an eye? And if I had done that, how would they react now, when I would testify to the truth, and they would hear, for the first time, about the agony their loved one suffered?

We doctors start our careers with an oath to “first, do not harm.” Then, in court, we take an oath “to tell the truth, the whole truth, and nothing but the truth.” What if these oaths conflict? What if doctors, in an attempt to comfort a grieving family, actually give them false information that can later cost them the financial benefits that they deserve from a legal decision over their loved ones’ conscious pain and suffering?

Tell the truth. It’s a hard choice, but the only one that a doctor — any doctor — can make. If you are a clinician treating patients, their loved ones deserve to know the true nature of their pain, and also everything you are doing to make it better. Talk to the families about patient pain. Document your findings about patient pain. You aren’t helping anyone by hiding it. You might even be doing harm.