Marijuana is used in hospice care to ease spiritual and existential suffering, with some studies showing an important therapeutic role for patients faced with the despair of a terminal illness. 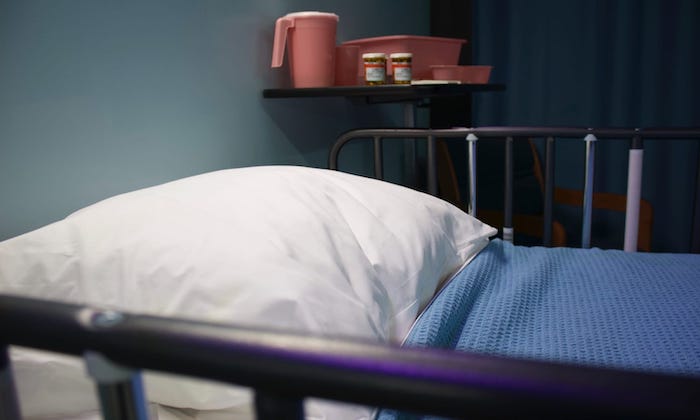 As Americans continue to age, hospices are exploring new ways to bring peace and calm to the often slow and painful process of end-of-life care. According to the CDC, in 2015, an estimated 1.4 million individuals on Medicare were patients in a hospice setting.

Quadrupling in size in the last 20 years, hospices are investing in creating a patient-centric approach that dismantles beliefs that hospices are cold, and unfeeling institutions. From massage to aromatherapy, some hospices are offering new additions to their programs including music and integrating family into meaningful experiences. While many hospices are focused on offering a thoughtful quality of care, many end-of-life-care specialists are also advocating for marijuana.

A MorseLife Hospice and Palliative Care study focused on advances in hospice care found changing attitudes on medical marijuana. They cited that, “87% of Americans support the use of medical marijuana as a treatment option for terminally ill patients, with nearly three in five Americans (58%) expressing strong support.”

The American Academy of Hospice and Palliative Medicine recently shared a video on how hospices can integrate medical marijuana into care, heralding more change in the market to accepting marijuana as a part of a patient’s care plan.

“Marijuana is used in the hospice care setting to ease spiritual and existential suffering, with some studies showing an important therapeutic role for patients faced with the despair of a terminal illness, as well as the loss of function that accompanies it. A mild euphoria or sense of well-being can ease a patient’s mind, body and spirit as they come to terms with their fate.”

While some hospice programs are embracing medical cannabis, some are facing uncertainty about whether or not to allow medical marijuana, even when it’s legal inside their particular state. With an ever-expanding list of states that allow marijuana both medically and recreationally, hospices are taking an evidence-based, risk-management-forward approach to ensure they comply legally and ethically.

Changing attitudes are allowing for researchers to gain more insight and information regarding the role cannabis and CBD can both play in hospice and palliative care settings. Published in the Journal of Palliative Medicine, an October 2019 study focused on the responses of over 300 palliative care professionals from over 40 states on the use of medical cannabis. The study found “overwhelming support” for the use of medical cannabis in a hospice setting:

Regardless of legal status, hospice staff members were overwhelmingly in agreement that MC (medical cannabis) is appropriate for hospice patients to have access to and use.

Citing barriers such as legal status, clinical safety, and societal influence, the study believes opportunities exist to better support hospice providers and patients with education, research and policies that elevate the use of medical cannabis.

With new patients entering hospice every day and both clinicians and doctors looking to supplement old pain medicines with newer more effective treatments, marijuana will remain a top topic for years to come.