When Grief and Grievers Are Unrecognized 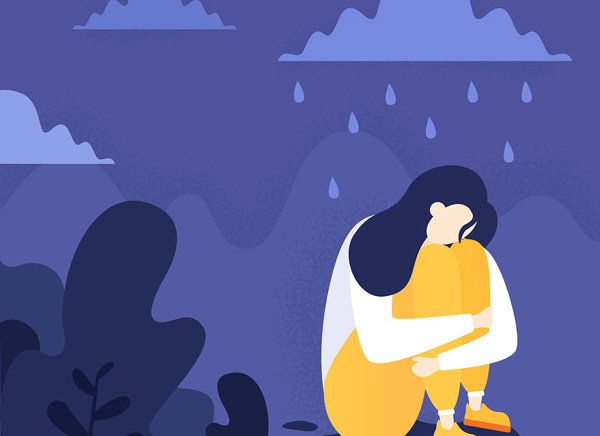 Grief is disenfranchised when others avoid talking to someone about a painful loss or use a cliché that minimizes that loss. When this happens, the visible evidence of the grief tends to disappear from public sight. Corr (1999) states that whether these types of responses to a loss are careless, unintentional, or a deliberate “restriction of the meaning of grief to its emotional components is an unrecognized form of disenfranchisement of the full grief experience” (p. 9). Essentially, when a loss is minimized, the griever may feel tentative or inhibited about grieving the loss publicly. Doka defines this concept of disenfranchised grief as grief that is not or cannot be openly acknowledged, socially validated, or publicly supported (Doka, 2002a).

There are three primary concepts that serve to disenfranchise someone’s grief: 1) the relationship between the griever and the deceased is not recognized, 2) the death or loss is not recognized, and 3) the griever’s ability to grieve is not recognized (Corr, 1999). This article will address these three concepts through the use of case examples. Loss, in this article, is defined as the disappearance of something cherished, such as a person or possession to which there is an emotional attachment or bond (Zoll & Shiner, 2017).

The Relationship Is Not Recognized

Through the foster system, a couple was attempting to adopt two young girls, ages one and three, who had been living in their home. During the four months of foster placement, the couple had developed a parent-child relationship with the girls. At the custody hearing, the judge awarded custody to a distant relative of the biological mother. For all intents and purposes, the couple had lost the parental relationship with the girls, a loss that felt as significant as losing legally defined “daughters.” The couple observed, for a short time, that although their loss was recognized, it seemed that the significance and depth of loss was not. The couple reported feeling a sense of abandonment by those closest to them. In their experience, “nobody understood, and nobody brought it up, so they could understand.” The response, “At least, they got to be with you for that time” (M. & J. Schwartzman, personal communication, February 11, 2018), seemed to diminish the magnitude of their grief. Ten years later, that loss was still palpable to the couple. Loss, in this case, was related to the significant emotional bond that the couple had formed with the girls.

The Loss Is Not Recognized

Many losses that are stigmatized by society as “not worthy” of grief are grieved silently and privately. Death-related losses such as suicide or drug overdoses, either intentional or unintentional, may fall into this “not worthy” category. Non-death related losses may also fall into this category, such as losses related to domestic violence or addiction. Holderness (2018), who recently publicly described the abuse that she suffered at the hands of her ex-husband, says that her ex-husband’s anger and her experience of “being subjected to his degrading tirades for years chipped away” at her independence and sense of self-worth. “I walked away from that relationship a shell of the person I was when I went into it, but it took me a long time to realize the toll that his behavior was taking on me.” Looking back on her experience, Holderness describes a loss of safety and security, a loss of relationship, loss of her independence, and loss of her self-worth. Such multiple losses are frequently associated with domestic violence (Hollinger, 2010)

Significant losses are intrinsic to addiction and to addiction recovery. Addiction is a pervasive and significantly distressing disorder that can consume a person’s life. Long-term addiction to substances or to behaviors can lead to losses that go unrecognized in the form of damage to or termination of relationships, loss of job and/or career, decline in financial status, and deterioration of health. (Mager, 2016).

Acknowledgment of a loss is intrinsic to the recovery process. To maintain sobriety, a person struggling with addiction is often asked to give up many of the people, places, and things that are associated with the active addiction. They are often asked to give up anything that “triggers” the addictive behavior. For example, in the case of alcohol or substance use disorders, related losses might include relationships with friends and family members who are associated with the use of alcohol and could include the prohibition of visiting or frequenting associated venues. Likewise, a job or career that does not support recovery efforts and the maintenance of sobriety may become a casualty and loss. Feelings of loss and subsequent grief occur with each part of one’s current identity that must be given up to achieve and maintain recovery (Mager, 2016).

The Griever Is Not Recognized

When Lynn Shiner’s two children, Jen (age 10) and Dave (age 8), were murdered by her ex-husband who then took his life, Lynn was the obvious griever. Her grief was thrust unwillingly into the media spotlight.

At the time of the murders, Lynn was in a relationship with a man who later became her husband. Her boyfriend’s trauma and grief went essentially unrecognized for, probably, several reasons. First, though Shiner’s boyfriend had a close relationship with the children, he was not their father. Second, from outward appearances, he pushed his own grief aside as he focused on being a caregiver of Shiner and her grief, though he reports he did privately grieve with Shiner. Third, his friends questioned his motives for remaining in the relationship and, on more than one occasion, suggested that he run the other way. In his love for Shiner, he remained committed to the relationship. Members of his support system were incredulous of this attitude and of his decision to stay in the relationship. Though there is no question that he had an emotional bond with Shiner’s children, and that he deeply grieved their loss, publicly, his grief was essentially invisible (P. Shiner, personal communication, January 11, 2017).

Shannon Wood, the best friend of Shiner’s murdered daughter Jen, was not aware, until after the murders, of the violence to which her friend was exposed. Wood describes herself as an indirect victim of the domestic violence in Jen’s home. Wood says that she still remembers the fear that she experienced the first year after Jen’s death, as a 10-year-old. “I didn’t like going into dark rooms by myself, because I feared Jen’s father would be there, or my dad would ‘do’ something, or that somebody would, in some way, hurt me.” The loss that was being felt by this young girl, who was grieving the loss of her best friend, went unrecognized. Wood felt isolated in her loss and believed that no one could fathom how she felt. Her proof was the silence she encountered on the topic of Jen’s death. After the funeral, there was little recognition or acknowledgment that Wood had lost her best friend. Her grief quickly became disenfranchised, her fears invisible to others (S. Wood, personal communication, February 8, 2018). It has been suggested that young children may be incapable of grieving or do not have the need to grieve (Corr, 1999). This example proves otherwise.

Following a loss, an essential element of the healing process is that the loss be recognized and validated. In the cases cited above, the losses were essentially not perceived as legitimate. When treating individuals whose grief has been disenfranchised, “The goal is always the same, to enfranchise the disenfranchised griever” (Doka, 2016, p. 222). Hartwell-Walker (2018) sees the roles of therapists as “providing what an individual’s immediate social world either can’t or won’t” (p. 2). Therapeutically, it is helpful for grief counselors to legitimize and validate a client’s feelings and to assist them in identifying aspects of disenfranchised grief.

One of the aspects of disenfranchised grief to be identified by a client may be the empathic failure of others to understand the client’s experience of emotional pain and the subsequent inability to acknowledge the client’s grief (Doka, 2002b). Other factors associated with disenfranchised grief may include the individual’s own sense of shame and guilt regarding a loss with the perception that their grief is not valid in the eyes of others. Such minimalization can inhibit both the acknowledgment of a person’s own grief and the solicitation of social support from others. On an interpersonal level, others simply may not acknowledge, validate, or offer support for the grievers, as in the case of the failed adoption example above (Doka, 2002b; Hartwell-Walker, 2018). Losses associated with social stigma, such as suicide, a drug overdose, addiction, or abortion, fall into this category.

Recognition and validation of the multifaceted aspects of loss and grief should be sought throughout the therapeutic work to empower those experiencing disenfranchised grief. Beyond identifying factors that contributed to empathic failure of others, interventions might include individual therapy, narrative therapy, support and self-help groups, and the therapeutic use of ritual. It is important that interventions help provide a sense of either individual or shared validation of the experienced loss and that the grief be normalized within a safe and supportive environment.

Therapeutic rituals can include, but are not limited to, planting a tree or flowers in memory of the deceased, donating to a beloved charity of the deceased, visiting the burial site, carrying an object that is a reminder of the deceased (such as a piece of jewelry or other personal possession of the loved one), creating epitaphs or artistic expressions of love and grief, writing letters to the deceased, and/or establishing a Facebook memorial. These rituals help to affirm, either publicly or privately, the legitimacy of the griever’s loss (Doka, 2002b; Herbert, 2011; Winokuer & Harris, 2012).