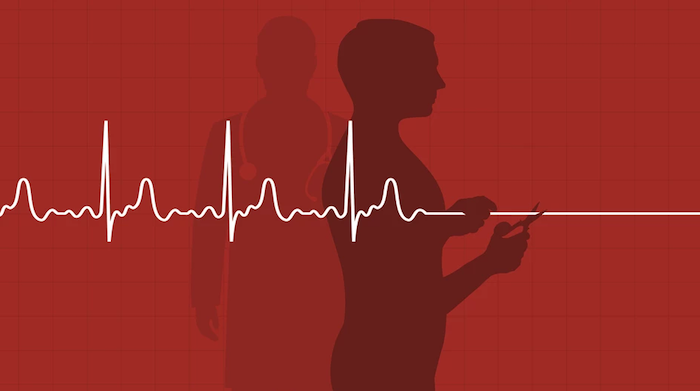 When both of my parents entered medical crisis in a short span of time around age 90, I realized that the end of their lives was in the foreseeable future. I had never envisioned what the end of life process would be like, but I knew that I would not allow them to suffer, and that I would protect their dignity. One of my greatest concerns was whether or not I could deliver their wishes for a dignified peaceful death.

I had heard of death with dignity, but honestly I did not know what it was. I had only heard what others said: that it offered a suicide pill, that it was risky to allow people to kill themselves, that there would be no regulation and that it would become too easy to access. I quickly realized that the words chosen were, at minimum, emotional and sometimes escalated to highly charged.

Curious, I attended a presentation a friend delivered for local college students studying geriatrics. I was stunned at what I learned about the medical aid in dying (MAID) program that she was spearheading. The program was not any of the things that I had heard. The guidelines were strict, the oversight even stricter and the eligibility criteria very specific and demanded proof of the patient’s mental capacity.

Most surprising to me was the fact that approximately 30 percent of patients never take the medication. They either die of natural causes before the medication has been delivered or before their planned administration date, or they change their minds as they didn’t experience the anticipated decline in the quality of their life and chose to die naturally. In essence, the program gave the patient control over their own end-of-life experience.

Then recently, I listened to Deborah Kan interview Kelly Bone, who has been diagnosed with early onset Alzheimer’s and who hopes to utilize the services provided by death with dignity, which is currently unavailable in the United States to those diagnosed with dementia. The interview illuminated the misunderstanding and inaccurate terms that surround the topic of death with dignity: euthanasia, assisted suicide and medical aid in dying.

Euthanasia is performed, and medication administered, by a trained professional with explicit consent and is illegal in most countries, including the United States. Assisted suicide is a process during which the patient plans for administering a medication to themself. Death with dignity, also referred to as medical aid in dying, allows terminally ill adults to request and, after being deemed qualified and mentally capable, receive a prescription for medication that they may choose to take to bring about a peaceful death.

Dr. Grube, National Medical Director for Compassion and Choices, wrote in a column titled, Ten Facts About Medical Aid in Dying, “Language matters: medical aid in dying should not be called ‘suicide,’ or ‘assisted suicide’.” He continued, “Legally, in all jurisdictions where medical aid in dying is authorized, ‘it is not suicide, homicide, euthanasia, or mercy killing’.’”

While those opposed to the service tend to define it based on who administers the life-ending medication, the medical community defines it on the characteristics of the people who take those actions.

In the Ten Facts article, David Pollack MD, a psychiatrist at Oregon Health & Science University School of Medicine in Portland, OR, stated that a “growing body of evidence clearly distinguishes the characteristics of persons who (die by suicide) resulting from mental illness from those of terminally ill persons who request medical aid in dying.

I wondered about the difference between suicide, the intentional taking of one’s own life usually as the result of mental illness and often with a feeling of hopelessness, and consciously choosing to end your life once certain criteria have been met, such as functional limitations, in order to preserve dignity during the end of life process. Medical aid in dying does not involve suicidal tendencies or the desire not to live. It cannot be executed spontaneously but instead requires due diligence by multiple medical practitioners, under strict legal purview, and the legal prescription of medication prepared by a licensed pharmacist.

One is an event involving isolation, desperation and trauma, resulting in physical death. The other may be inclusive, allowing the patient to be surrounded by family and love, and is aimed at creating a peaceful transition at the end of life. The decision to suicide is final, while the decision to pursue medical aid in dying provides an option, not a mandate. Even after having received life-ending medication, the patient can change their mind if their personal criteria are unmet, such as declining physical or intellectual health that the patient perceives would cause a loss of dignity.

Because Bone is ineligible for death with dignity in the United States, she was asked whether she considered suicide as an alternative. She said, “To me, that is not dying with dignity. Going and doing it somewhere in my house all clandestine, not being able to say goodbye to my husband and leaving him with all that guilt, having him find the body and things like that, that to me is not a good way to go. It’s not fair to my family members.”

To Bone, “dignified” is consciously making the decision and discussing it with her family members and doctors. During a personal call with Bone, she added: “I don’t want to suicide — I love my life!”

In the end, the option for medical aid in dying is all about dignity. Dignity is the state of being worthy of honor or respect. To provide dignity is a kind of grace, a kindness or mercy. When one wants to die with dignity, is it not really the grace and the mercy it offers that is sought?

I wasn’t interested in understanding the language surrounding death with dignity until I had taken the walk to the end of life with several loved ones, while fearing that I could not deliver the dignified death they desired. Understanding the words doesn’t mean that I have to like or dislike the option, only that I now have the clarity to make informed decisions that fit my beliefs. It grants me the compassion to accept the reasons why someone else might want to make that choice. I understand that all Kelly wants is to have the option for a peaceful end of life if her disease progression doesn’t allow for it.

I think that everyone wants a peaceful end of life. I don’t know what decisions I will make when I am faced with my end of life, but I know that the end of life deserves the dignity, as well as the grace and mercy, that our culture so readily denies it.