by Thomas B West

Deathbed visions are apparitions; that is, appearances of ghostly beings to dying people near the time of their death. These beings are usually deceased family members or friends of the one who is dying. However, they can also be appearances of living people or of famous religious figures. Usually these visions are only seen and reported by the dying person, but caretakers and those attending dying people have also reported witnessing such apparitions. In the majority of these cases, the apparition came to either announce the imminent death of the individual or to help that person die. In the latter situation they act as escorts to dying people in the process of passing from this life to the next. 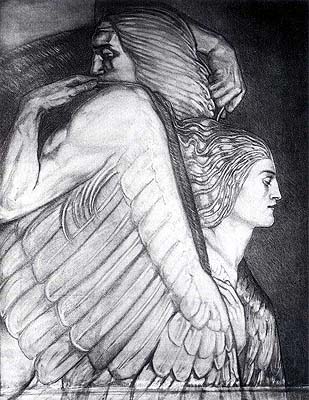 Shamans from many native cultures were adept at journeying from the land of the living to the land of the dead and were thus able to act as guides for those who were dying. Hermes, the Greek god of travel, was also known as the Psychopompos, the one who guided the soul from this life to Hades, and the realm of dead. Certain religious traditions have elaborate rituals of instruction for the soul at the time of death. The Egyptian Book of the Dead and the coffin texts of ancient Egypt gave detailed instructions for the soul’s journey to the next life. Similarly, by use of the Bardo Thodol, or Tibetan Book of the Dead, Tibetan Buddhist monks have guided the souls of dying people through death to their next incarnation. In the Christian tradition it has been guardian angels that have acted as the soul’s guide to paradise. The ancient hymn, “In Paradisum,” invoking the angels to escort the soul to heaven, is still sung at twenty-first-century Roman Catholic funerals.

Christianity’s belief in resurrection and the concept of a communion of saints, that is, the continued 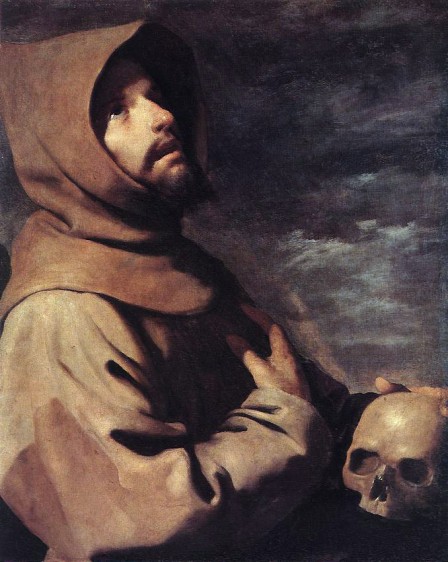 involvement of the dead with the spiritual welfare of the living, is reflected in the historical accounts of deathbed visions in the West. Third-century legends about the life of the Virgin Mary recount Christ’s appearing to her to tell her of the approaching hour of her death and to lead her into glory. In the hagiography of many early Christian martyrs and saints, impending death is revealed by the visitation of Christ, Mary, or another saint who has come to accompany the dying into heaven. This tradition is carried over into early historical records. The eighth-century English historian Bede wrote of a dying nun who is visited by a recently deceased holy man telling her that she would die at dawn, and she did. Medieval texts such as the thirteenth-century Dialogue of Miracles by the German monk Caesarius of Heisterbach recount similar stories, but always within a theological framework.

Early in the twentieth century, the doctor James H. Hyslop of Columbia University, and later Sir William F. Barrett of the University of Dublin, researched the deathbed visions of dying people. They were particularly interested in what became known as the “Peak in Darien” cases. These were instances when dying persons saw an apparition of someone coming to escort them to the next world whom they thought to be still alive and could not have known that they had preceded them in death.

In 1961 the physician Karlis Osis published Deathbed Observations of Physicians and Nurses. In it he analyzed 640 questionnaires returned by physicians and nurses on their experience of observing over 35,000 deaths. Osis refers to the deathbed visions of dying people as hallucinations because they cannot be empirically verified. He categorized two types of hallucinations: visions that were nonhuman (i.e., nature or landscapes), and apparitions that were of people. His work confirmed previous research that the dying who see apparitions predominantly see deceased relatives or friends who are there to aid them in their transition to the next life. With the assistance of another physician, Erlandur Haraldsson, Osis conducted two more surveys of physicians and nurses: one in the United States and one in northern India. The results of these surveys confirmed Osis’s earlier research on deathbed hallucinations with the exception that there were more apparitions of religious figures in the Indian population.

These studies and the extensive literature on this subject confirm that throughout history and across cultures, dying people often experience apparitional hallucinations. What significance these deathbed visions have depends on the worldview with which one holds them. In this data those with religious or spiritual beliefs can find support for their beliefs. Parapsychological explanations such as telepathy or the doctrine of psychometry, whereby environments can hold emotional energy that is received by the subconscious of dying people, have all been advanced to explain apparitions at the time of death. The Jungian psychoanalyst Aniela Jaffe viewed apparitions, including those of dying people, as manifestations of Carl Jung’s transpersonal views of the psyche and, therefore, a validation of Jungian metapsychology. Indeed both the visions as well as the apparitional hallucinations described by Osis can be attributed to a number of medical causes, including lack of oxygen to the brain. Ultimately the research into the phenomenon of deathbed visions, while confirming that such events are common, offers no clear explanations.